While we wait to hear back officially on what the injury diagnoses is for Dominique Easley. Here is a ranking of players on the roster and players in the free agency pool the Rams can use to replace Easley this season. 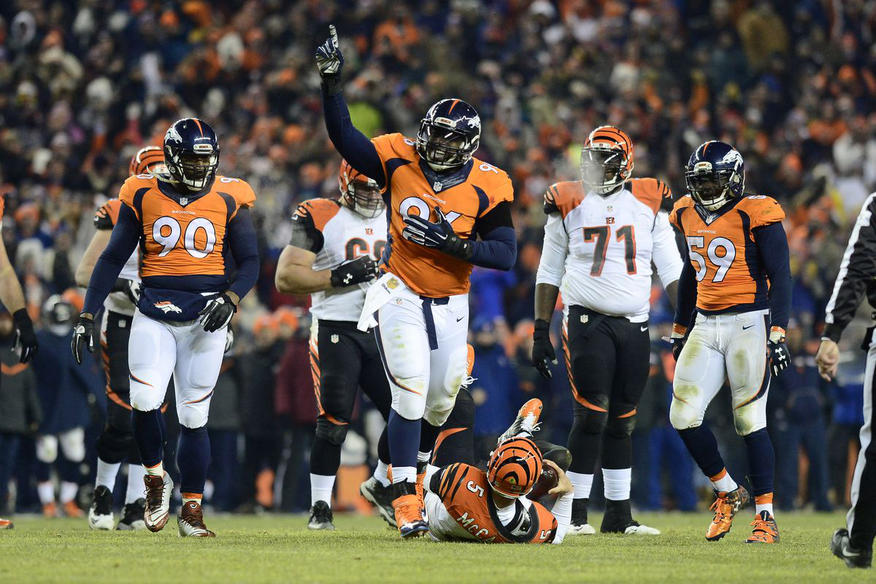 This is the type of move that the Rams could make just because they have Wade Phillips on the coaching staff. Walker was on the team that Phillips won the Super Bowl with in Denver so he would definitely be familiar with him. Walker missed the entire 2016 season after tearing his ACL in training camp. He was supposed to be the starter heading into that season.

Now, it’s official that Walker has been medically cleared and should be heavily considered to re-sign with the Broncos. That’s where the Rams could step in and change all of that. Walker is not by any means a superstar, but familiarity within the system, size and depth could make him a nice fit to take over for the injured Easley. 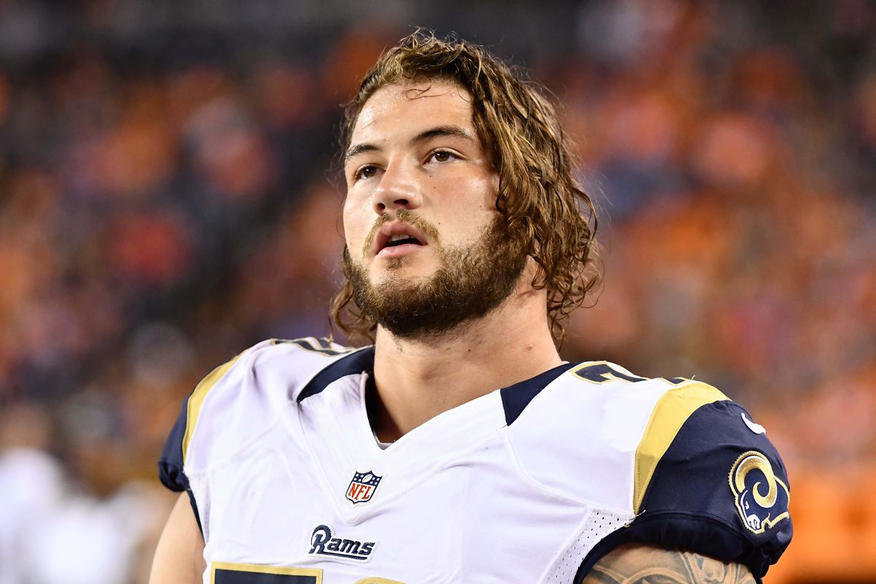 Rams insider Myles Simmons listed former UDFA Morgan Fox as one of three players to keep an eye on after his showing in day two of practice. Fox is a player that stood out in preseason last year and ended up finding his way on the 53-man roster and playing in games towards the end of the season.

Simmons pointed out that Fox could be an effective rotational piece along the front seven and well that of course was before Easley’s injury. Fox gets the higher ranking than Walker here. Walker may have the veteran experience, the experience with the system and the experience with Wade. However, Fox was on the Rams last year, he’s on the roster now, he has a more athletic build, more speed off the line and of course he isn’t coming off a torn ACL like Walker. 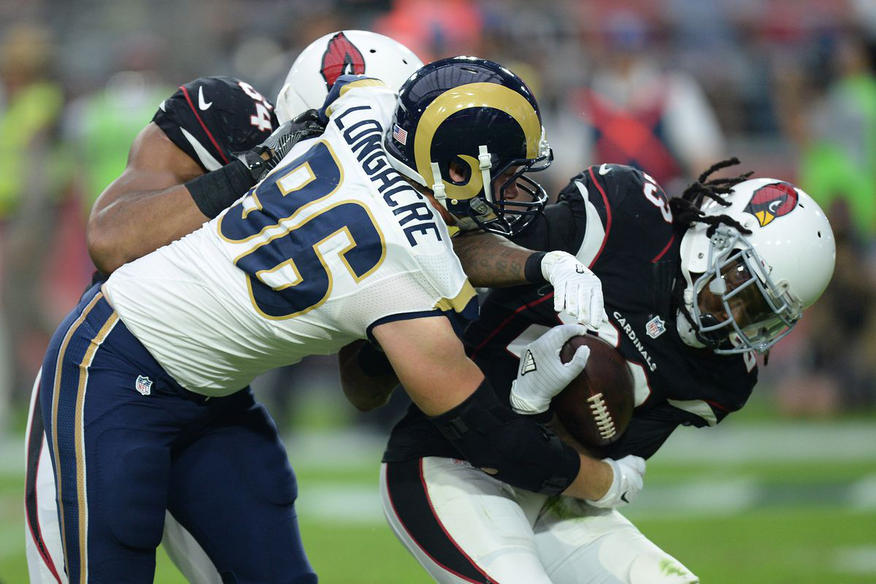 Another undrafted free agent turned Ram is Matt Longacre. Longacre was neglected last season by the coaching staff as he failed to get on the field much at all last season. Andy Benoit of Sports Illustrated is known for his outstanding and vast football knowledge. He took note of Longacre having one of the worst bodies in the NFL, but being a hell of a player.

Now, looking at his frame many may think that Longacre won’t work as a 3-4 defensive end. However, what has been previously mentioned is that Phillips really doesn’t run a true 3-4. Longacre could fit the bill as a high intensity and high motor player at the end spot one the other side of Aaron Donald. It will be interesting because Longacre has shown flashes, but he barely got to play last year so with this new coaching staff Longacre could get a serious look.

I give Longacre the nod over Fox due to the fact Longacre has been on the roster longer. 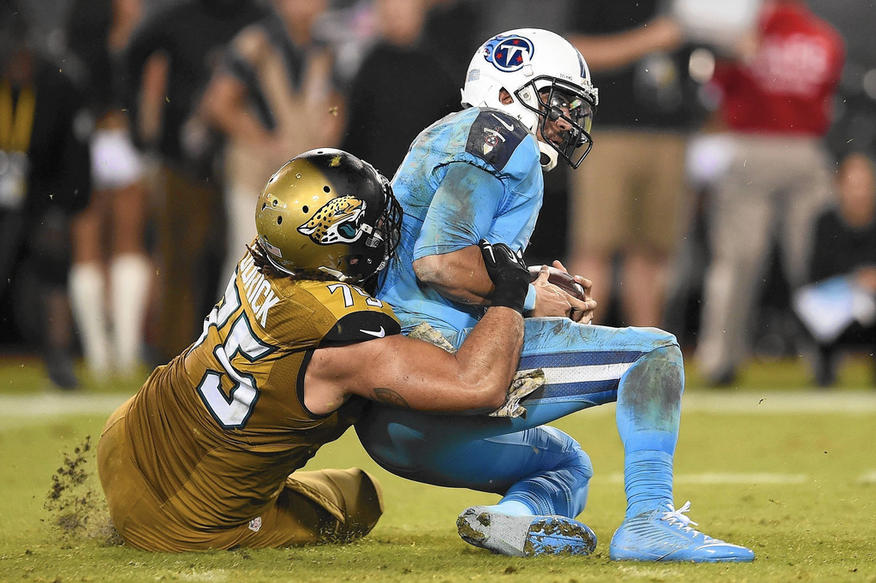 Perhaps the most accomplished and most tooled defensive end on this list is Jared Odrick. While Odrick might be most known for his instagram photo that went viral of him flipping off his phone after the Jaguars cut him, he is still a solid NFL player. The 29-year old Odrick struggled in Gus Bradley’s 4-3 defense in Jacksonville and would fit Wade Phillips hybrid 3-4 like a glove.

With Odrick, the reason he is not the number one guy on this list is because of the fact it’s uncertain how much he will cost. Jacksonville after all let Odrick go in the third year of his five year $42,500,000 contract. After a huge contract like that it’s hard to figure out Odrick’s worth and that is likely the reason he has been a free agent since February. The Rams should definitely consider Odrick, but the guy below is the reason they may not have to. 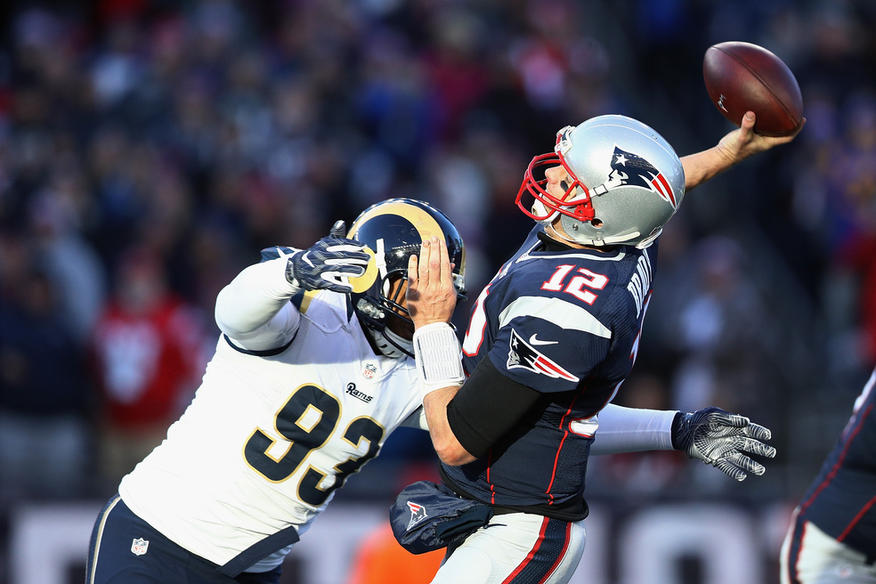 Number one is Ethan Westbrooks and we have seen his ability to flashed over and over again, but he’s never been the starter per say. If Easley is in fact done for the season, which could very well be the case. This is the Westbrooks show. There is no way anyone expected Westbrooks to be the next man up three years later, but here he is. It wasn’t easy and for the Rams new regime to see them hold onto Westbrooks and not punish him after his arrest was an eye-opener. They believed in his ability so they waited for all of the details and when Westbrooks was found innocent they looked like the geniuses.

Now, just imagine if the Rams pulled a Dallas Cowboys and impulse released Westbrooks right after the wrongful arrest? He would likely be on another team and the Rams would not have the type of high upside backup in relief of Easley. Westbrooks is athletic enough and big enough to play the position. We saw him last year return a Robert Quinn forced fumble more than fifty yards to the end zone.

This is Westbrooks chance to shine and earn a long-term deal with the Rams. If all pans out he might have a permanent role as the team’s starter. It’s not realistic to assume Easley comes back 100% again after what could be his third ACL tear in his career.

How would you rank them? Did we forget anyone? Let us know!