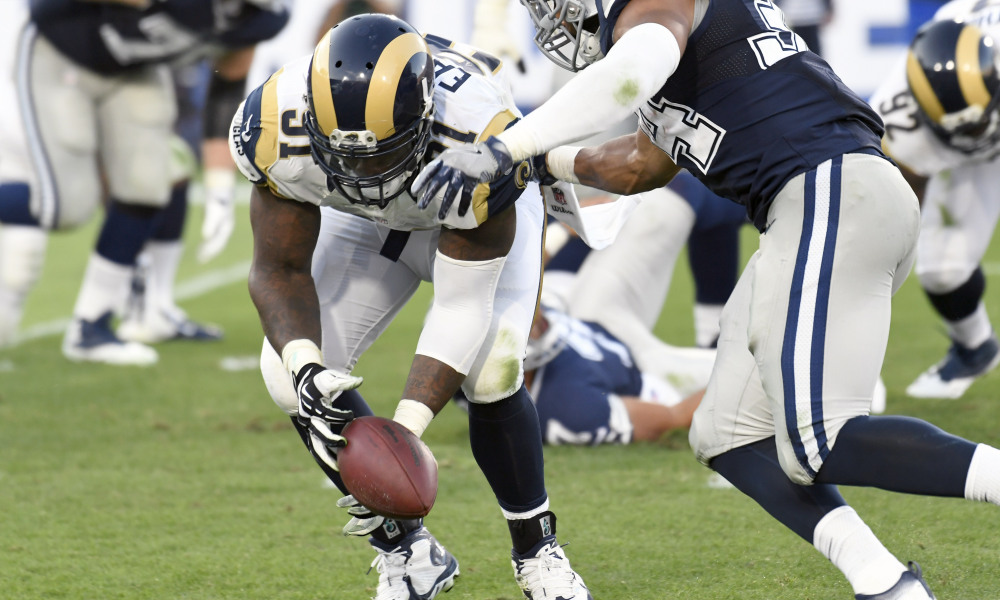 This could be a big blow for the Rams. Ian Rapoport is reporting that Dominique Easley may have suffered a serious knee injury.

As we reported earlier Rams DE Dominique Easley was carted off the practice field today at Rams training camp. There was some speculation it was an ankle injury, but now Rapoport is getting word it’s a knee injury. Unfortunately for Easley, knee injuries aren’t uncommon. This would be his third ACL tear in his career which is a terrible thing to see for such a young player that has started to carve out a role for himself with his second team.

Easley has battled through obstacles which not only include the injuries, but also being called a “locker room cancer” in New England. This doesn’t just hurt the Rams, this hurts Easley big time if he indeed suffered such an injury. It’s important in this moment to realize once a player suffers a serious injury it’s time to forget about not having them on the field, but rather thinking about the grueling rehab they have to go through. That’s just for one injury, Easley has already done the rehab and has suffered the pain multiple times.

We are wishing Easley the best. It does not look good for the young defensive end right now who is on a one-year deal with the Rams.

We will pass the word on the final diagnosis when we receive it.