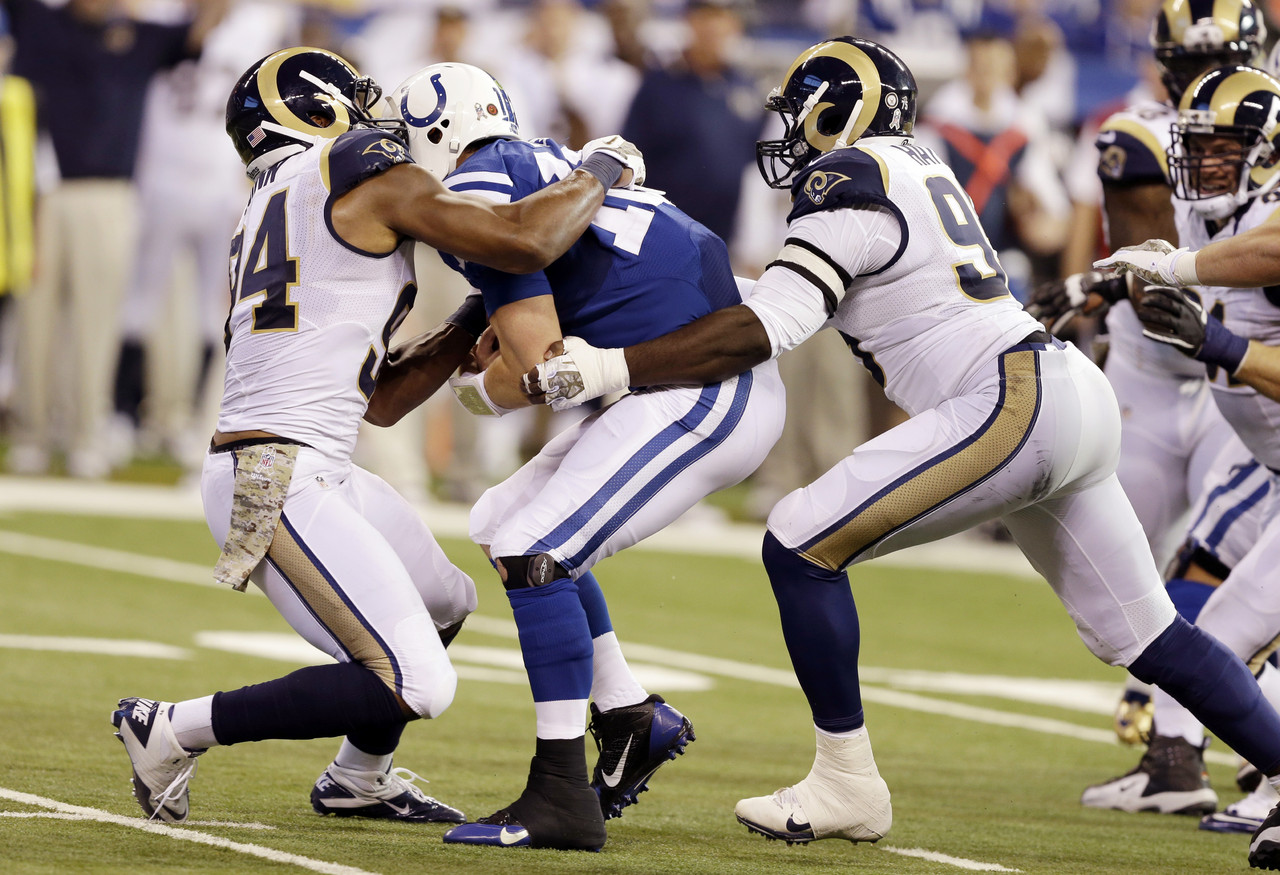 Bleacher Report and Jason La Canfora of CBS Sports are reporting that Indianapolis Colts star QB Andrew Luck could find himself spending the first six weeks of the NFL season on the PUP list.

Why is this news on a Rams site you ask? Well, if you haven’t followed along, the Rams have a 2017 schedule that just so happens to be playing the Indianapolis Colts to open the season. Luck might be on the Rams side in this one. While obviously, you hate to see a talent such as Luck get hurt, as a Rams fan to open the season it kind of boosts your confidence if you now don’t have to play against Andrew Luck.

Luck has been battling a shoulder injury and has been unable to throw at all in the off-season. While many pegged this to not be a huge deal. We need to give credit where credit is due and that has to belong to Colin Cowherd who has been consistently mentioning the concern of Luck not throwing this off-season.  Luck has come out since and has told fans and the media not to worry and that everything is basically going to work out, but let’s be honest here. Colts fans should be worried.

As for the Rams, their 31-year old Head coach Sean McVay will make his debut at home and possibly versus the likes of Scott Tolzien. That is what you call a fantastic advantage in your debut. The Rams started off last season in a similar advantage, which matched up talent wise to what the San Francisco 49ers had. They only won two games all year and both were against the Rams. They were given no chance to beat the Rams at home to open the season. They did, and then they beat the Rams again later on in the year.

So, while it seems somewhat exciting that the Rams may have an easier tilt, without Luck at the helm for the Colts. It’s important to realize that any given Sunday, any team can win and we have seen plenty of letdowns from the Rams in the past. However, this is some serious news if it stands nonetheless.