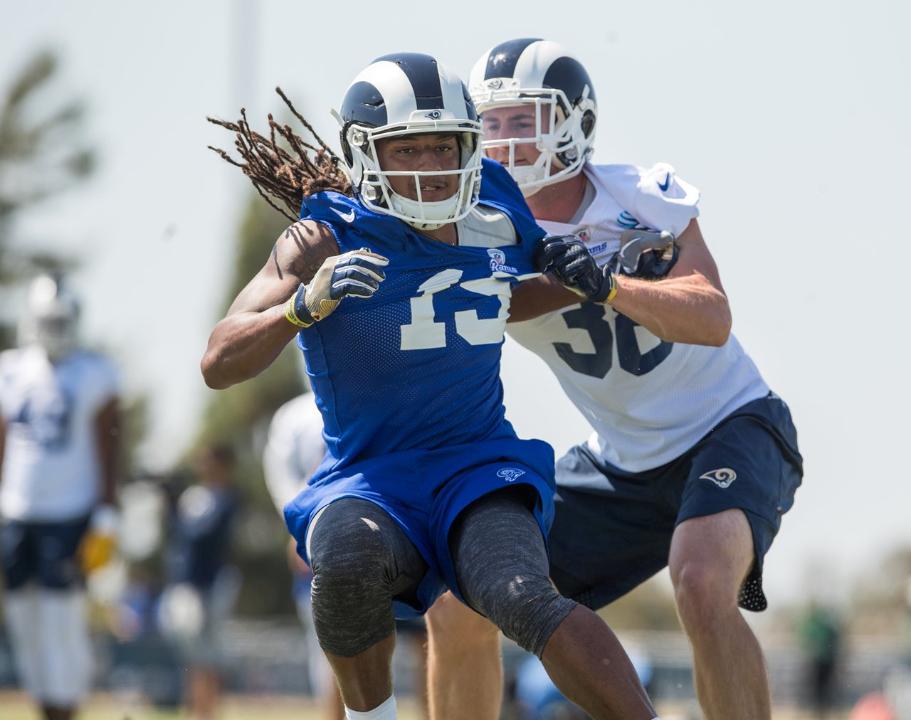 The Los Angeles Rams have completed their first weekend of training camp. In just five more Sunday’s the team will be suiting up to host the Indianapolis Colts.

While guys like Cooper Kupp, Jared Goff, and Robert Woods are just a few that have stood out, what training camp is really about is the under the radar guys, the edge of the roster guys that are fighting for roster spots. Here are three that have stood out in the first week of camp according to Rams writer Myles Simmons:

The Rams grabbed Fox last year and after cutting him, put him on the practice squad and later promoted him to the actual roster. So far in camp, he’s looking top prove he belongs. According to Simmons,

“He has speed and looks like he could be effective as a potential rotational piece along the front seven.”

After joining the Downtown Rams podcast, it’s hard not to like what Shakeir Ryan brings to the table. He joined the Rams late after coming in for a tryout, and hasn’t looked back since. Simmons said of Ryan,

“He made a nice deep reception from third-string quarterback Dan Orlovsky during Sunday’s practice. He also has been working as a returner, so it will be telling to see if he receives any game reps there during the preseason.”

The Rams are in need of a kick returner, and with Mike Thomas suspended for the first four games, there is a good chance that Ryan could end up making the final 53 and then get placed on the practice squad when Thomas returns.  This will be a situation to keep an eye on.

The Rams need depth at cornerback and Penton could give them just that. As an undrafted free agent, he has made a share of plays over the camp’s first weekend. Of Penton, Simmons noted,

“Penton has flashed plenty over the first two days. On Saturday, he recorded the day’s only interception, bringing it back for an ostensible pick six. And on Sunday, he stood out in one-on-one drills when he ripped a ball out of an offensive player’s hands to force an incompletion.”

This is great to see especially on one-on-one’s when the offensive player should have the advantage. EJ Gaines has been hurt much of the last two years and hasn’t played well since his rookie season. Penton could take over that fourth cornerback role if he continues to play well.

It’s still early in camp with a lot of plays left to be made, but these guys have made the early jump. However, it’s not how you start, it’s how you finish. Fox, Ryan, and Penton will need to continue to make plays if they expect to find themselves on the roster come September.