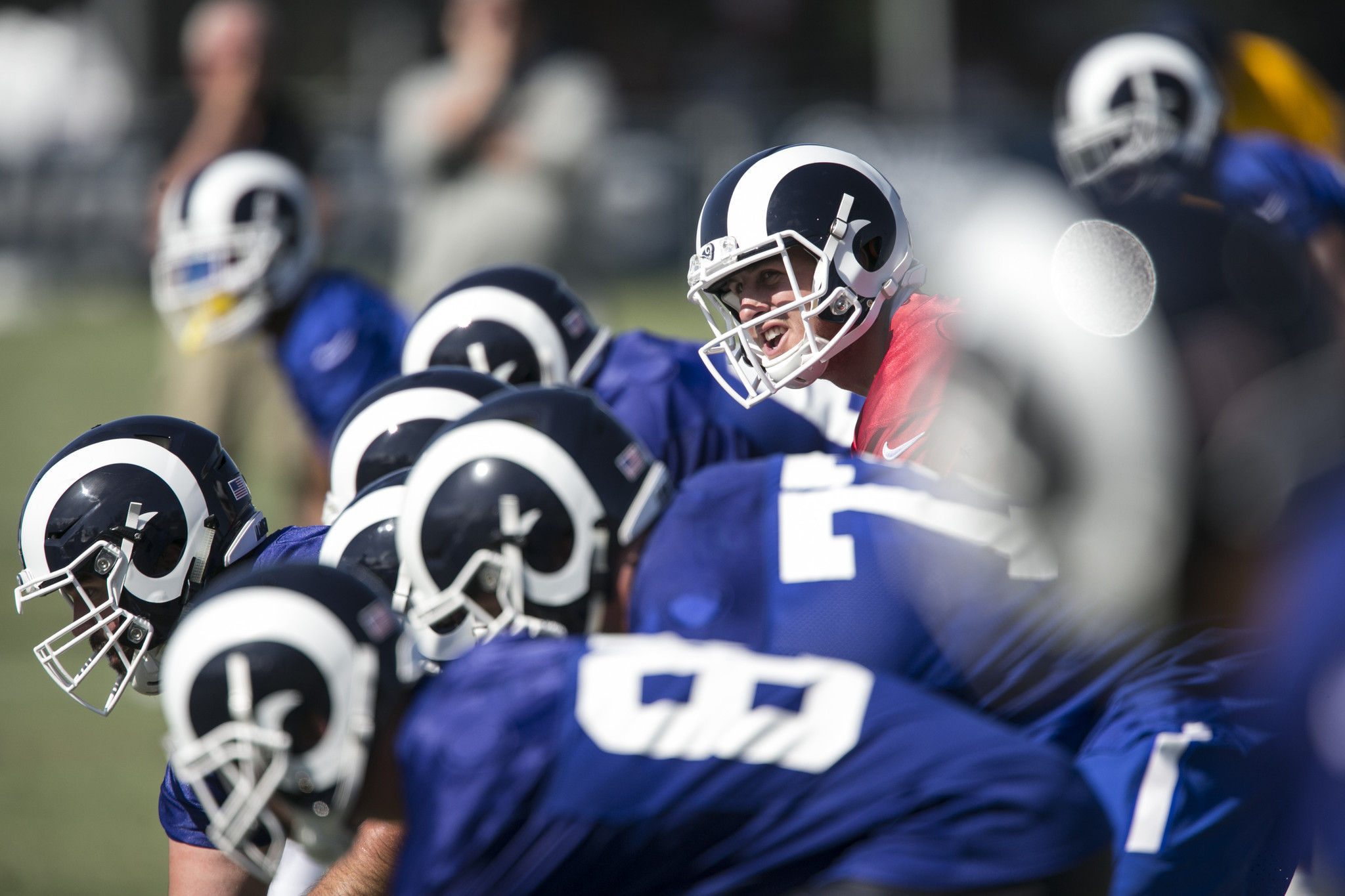 Day two of the Rams 2017 training camp is in the books. Here is what you missed:

1.Aaron Donald is still a holdout and nothing there is nothing new to report

We pretty much assumed there would be no change overnight, but Aaron Donald takes his holdout into day three of training camp which could be an issue as there is a new defense in place, a new system installed and regardless of how special of a talent Donald is, he still has to learn the system just like everyone else.

Stedman Bailey’s NFL future maybe in doubt and the Rams may have released him, but he is still actively looking to support his old teammates in Los Angeles. Bailey was seen by the gate as CB Trumaine Johnson came over and showed him some love.

Liz Habib of Fox 11 through some shade or rather called out the Rams fans in a video showing the crowd at today’s training camp practice. Day two definitely looked way smaller than yesterday’s impressive showing.

Great play made by the future starting corner Kayvon Webster. Robert Woods may have beat him by a step, but Webster came back and made the breakup. This is definitely the one-on-one matchup to watch as we move deeper into training camp.

2. QB Jared Goff delivers a beauty of a pass to WR Cooper Kupp on a roll out play

This is a good sign there is going to be some creativity in the playbook. Ryan Kartje points out something we are all thinking to ourselves. “Can’t say we’ve seen that out him before”.

3. TE Gerald Everett made a nice sliding grab on the sideline

Gerald Everett is already on a mission to make us erase sideline drops out of our memory as brought to you by Jared Cook.

The duo from week one of the NFL preseason last year and their last game heroics are back at it in practice.

5. LT Andrew Whitworth showed off his dominance in a triple team effort

Are you really surprised? Whitworth looks ready to give the Rams something they haven’t had in awhile. A dominant left tackle.

Jared Goff: Goff made some impressive throws in camp today, but still it is important to remember it’s just training camp practice, not scrimmage and not even with pads on. We will be sure to monitor his performance in the coming days.

Cooper Kupp: Not only did he make some quality plays, but Kupp according to J.B. Long actually was realigning the the wide receivers.

Sam Rogers: Rogers had himself a day with a couple nice plays most notably one where he showed off his run after catch ability. Rogers as already set some serious precedent as the first guy on the practice field which he followed up yesterday by doing the same thing today.

Andrew Whitworth: Between the combination of taking on a triple team and just his pure act of dominance on the line. Whitworth is giving Rams fans plenty to be excited for.

Connor Barwin: Barwin consistently was testing the offensive line and even Myles Simmons noticed that his spin move is regular season form…or at least as close as it can be during training camp time.

Kayvon Webster: He definitely looked like that of a future shut down corner. It’s only training camp, but Webster has showed off his ability to play on the outside especially on the clip above with Woods.

It may have just been a practice with no pads, but still it’s nice to have football back and it’s nice to at least get a look at some of these guys. As always be sure to keep it here for all Rams news and analysis.