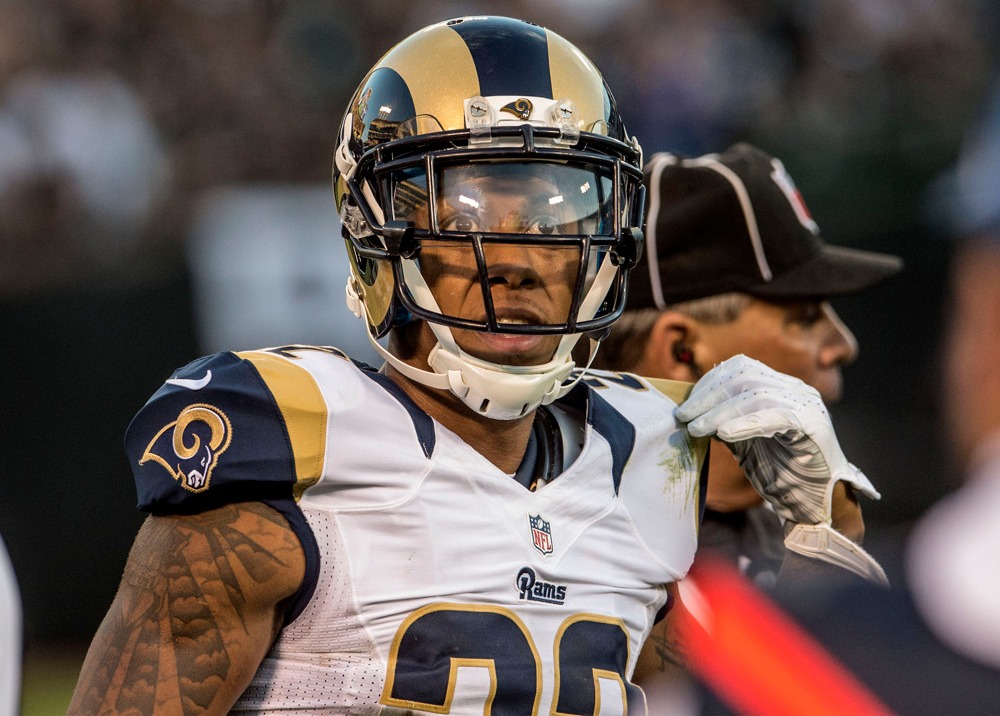 Day one of Rams training camp has come and gone. It may have been just one day, but we ended up possibly learning a lot just in one post-training camp interview with Trumaine Johnson.

It looks as though according to Rams franchise tagged cornerback himself, Trumaine Johnson that he may not be in L.A. after the 2017-18 season.

“Like I said, I believe the Rams are going in a different direction you know at the end of the season and I can’t, you know, it’s out of my control.”

That is pretty much what I expected when the Rams and Johnson talks never really amounted into anything off-season. Of course, it is important to know that it’s early in the year and that this could be Johnson’s answer now, but if he indeed has a great season like he did in 2015. The Rams may just decide to flip the script and re-sign him.

Johnson of course deserves some props by the way he handled this question, the fans that heckled him throughout the day and the fans that truly love him and have shown him support. It might be a rental of Johnson for one more year in horns, but with that being said Johnson’s attitude is exactly the type of attitude you want from a player and it appears his uncertain future will be a non-distraction to the rest of the organization.

As always, keep it right here for all the Rams news, analysis and training camp intel as we move forward into the 2017 season.