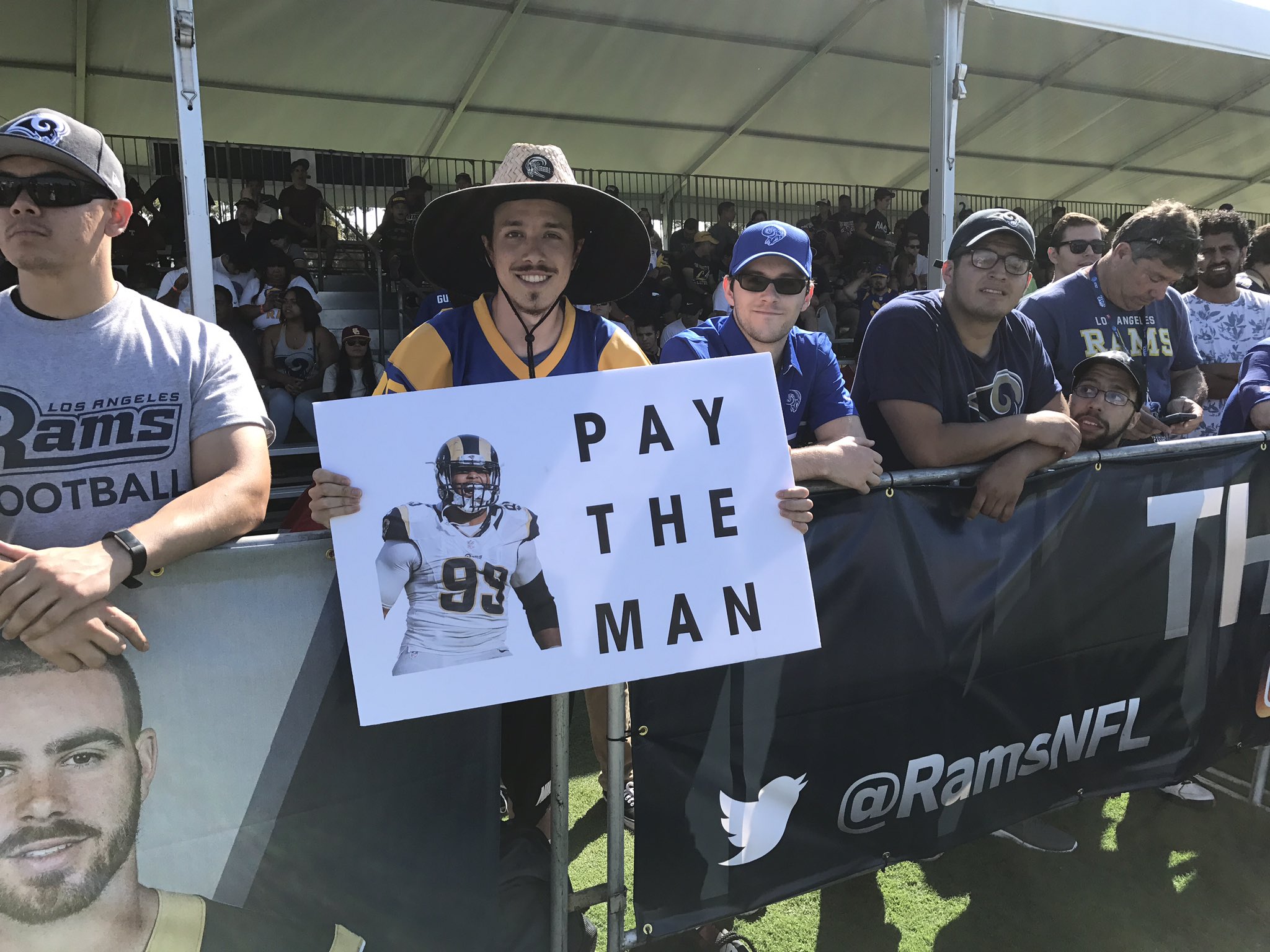 While the Los Angeles Rams rookies and veterans reports to camp last week, they didnt officially hit the practice field until Saturday afternoon. Here’s everything you missed on day one.

1. Aaron Donald A No Show

As to be expected, Aaron Donald was a no show. However, it was obvious fans that were in attendance weren’t happy about it. Some fans showed up with signs and others voiced their displeasure. Hopefully Donald will be in camp soon. If we want to look on the bright side, at least he isn’t out there risking injury.

It’s only the first day of training camp, but according to reporters and even McVay, Goff wasn’t bad, but he wasn’t good. He made some nice throws and made some mistakes.

However, unlike last offseason, Goff is getting all of the number one reps. This is the Goff show. What he does with it is up to him.

Right out of the gate fans heckled Johnson about his contract situation telling him to go “earn his money.” The Rams cornerback responded by running over and shaking the fans’ hands. After practice Johnson played catch with a little kid.

Johnson is all class and while speaking to the media after practice he was quoted saying that he thinks the Rams are going in a different direction when he spoke about his own contract situation. It doesn’t sound good in regards to his future in LA.

Not a lot here as there wasn’t a lot of coverage by the media in terms of what was going on live, however, some fans did manage to catch some of the action.

This could become one of the biggest connections for the Rams this season. Woods is a veteran guy and there is a good chance Goff will be looking to target him. If these two can get in sync with Goff playing well, they may be a force to be reckoned with.

In these types of drills, the offense should thrive, the fact that is was the defense that stood out, might be telling that there is still a lot of work to do.