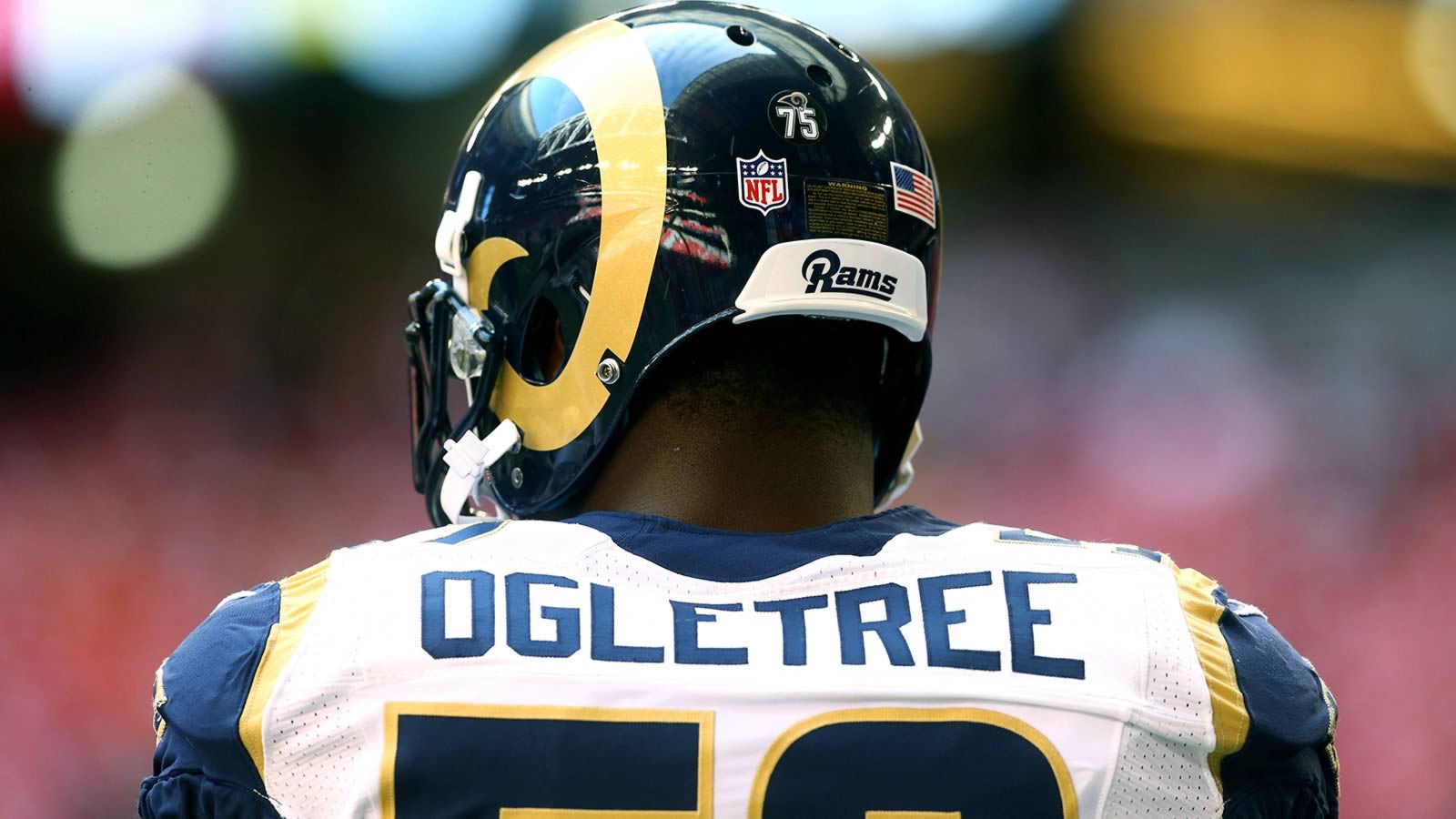 Alec Ogletree spoke with Gary Klein of the LA Times on his impending contract extension.

“I still don’t have a deal yet, but it’s in the works. When it happens it happens. It will get done eventually, one way or another. So all I can do is show up here and do what I need to do. I’m still under contract. I’m still here to abide by that so I’m going to keep doing what I need to do to help these guys win.”

Ogletree is going into his fifth season in which he will play on the fifth-year option after the Rams excercised both his and WR Tavon Austin’s. Ogletree clearly isn’t demanding an extension, but is showing his desire to sign a long-term deal with the team that drafted him in 2013. In my humble opinion, Ogletree is going about it the right way. Not saying Donald isn’t, but this is zero distraction to the team and it causes zero disruption to Ogletree and the way he is doing things.

With a new coaching staff in place it is imperative to try and soak up as much of the system as possible and most importantly try to build chemistry with these guys in the locker room. Ogletree may not be the top priority for the Rams right now with Aaron Donald holding out, but make no mistake the Rams are going to try and extend both Donald and Ogletree.