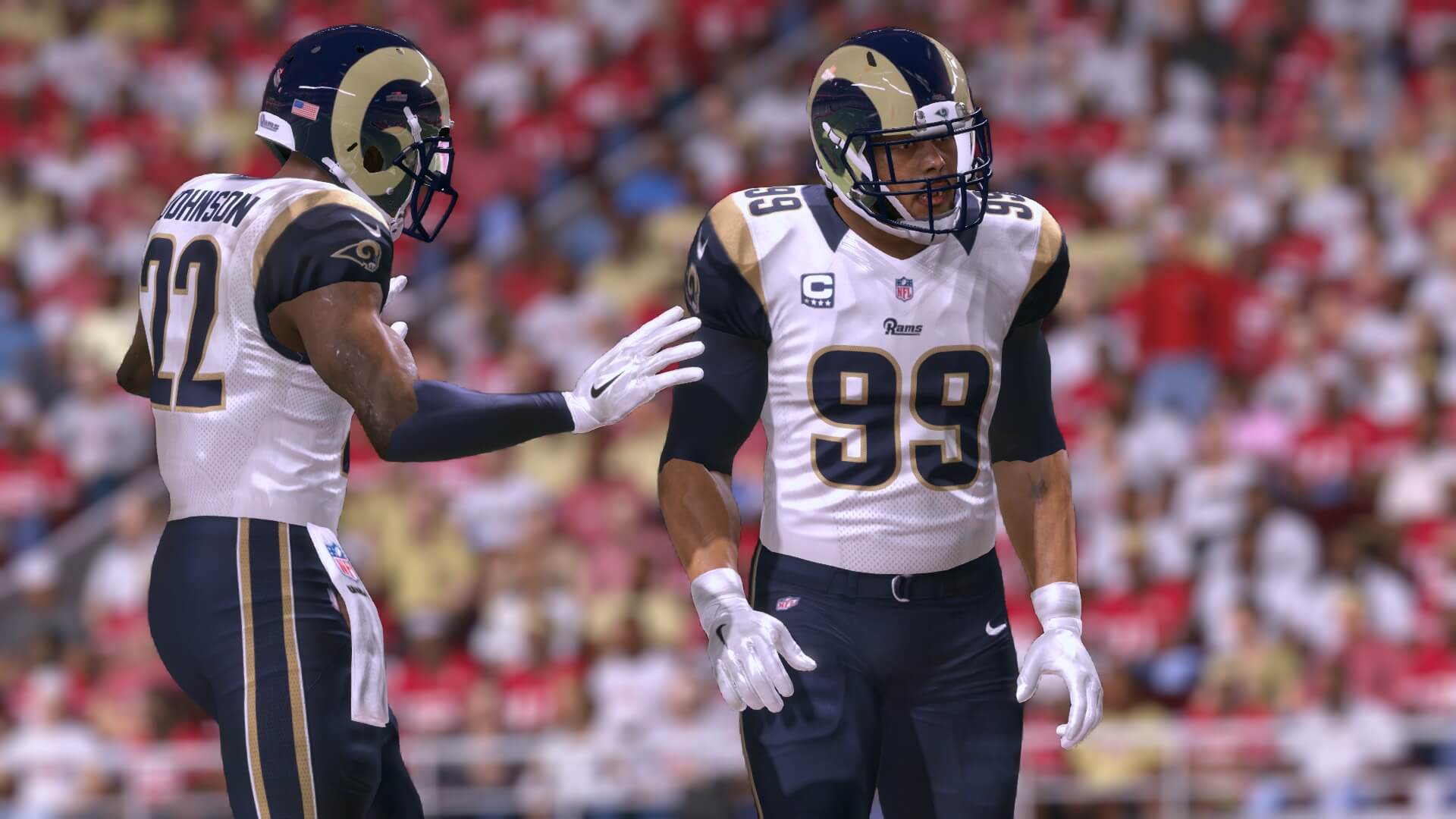 The Madden franchise has become such a focal point for football fans alike. Once details drop, it seems like the fans can’t get enough. Well, every fans number one question before Madden unveils details is this: What rating does ____ have? Recently, Madden announced their three exclusive players in the 99 club and the Rams superstar was part of that list.

Aaron Donald started out as a 79 overall in Madden 15, as the 13th pick in the 2014 NFL draft. Ever since his rookie year he has been dominant since practically the word go. Donald increased his rating in the next game all the way up to 92 overall which basically tells you how most people felt about Donald and that it was obvious the Rams had found a star. Madden 17 rolls along and Donald is a 98 overall. Now, going into his fourth year Donald is a 99 overall and he’s joining some serious company in two Super Bowl MVP’s Tom Brady of the New England Patriots who many presume to be the Greatest of all time and Von Miller of the Denver Broncos who many believe is one of the greatest pass rushers ever.

In my honest opinion, this shouldn’t come as a shock. Aaron Donald is a top three player in all of football and is a transcendent talent. He may have been snubbed out of his rightful hardware as Defensive Player of the Year last year and he may have been criminally underrated on NFL 100’s player ranking, but at least Madden understands that Donald is in fact a generational talent. It remains to be seen how the other Rams are rated, but Donald’s rating seems to make a lot of sense for Madden players that monitor this type of thing.