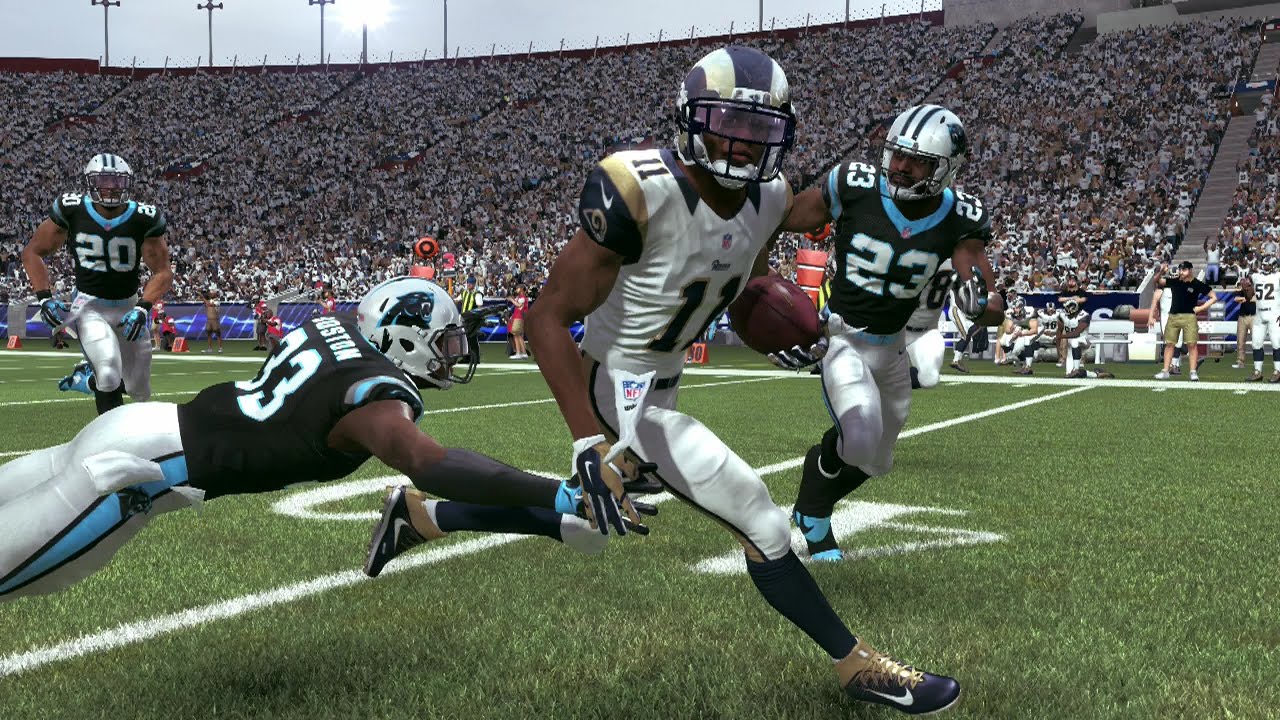 Training camp starts officially tomorrow and Madden season is approaching. Madden-School.com has given us the leak of all the Madden NFL 2018 ratings for the Los Angeles Rams.

Madden still has that faith in Tavon Austin.

My guess is by seasons end these TE’s will all be rated higher. Also, can Madden put the long snapper position in the game already? McQuaide just went to the Pro Bowl so clearly he isn’t a 44 overall at what he does for a living.

Yup, that says 89 overall. You actually will be able to play with the Rams in Madden without worrying about the pressure coming from the left side for once.

Clearly Madden missed the memo that Brown is starting and isn’t even playing guard anymore.

Sullivan is the definition of a stop gap starter.

You wish they looked at the Rams most recent depth chart…

Yeah, I think we already covered this enough. Havenstein is not a tackle anymore.

Probably should move Easley over to LE like how it says on the depth chart.

What are you saying Madden? Could Sayles make this roster?

Apparently Josh Forrest didn’t get any better after last season.

Cory Littleton was named Rams Rookie of the Year last year, but okay then.

Yeah, because Ogletree didn’t make an All-Pro team or anything.

About that article I just wrote on Kevin Peterson…

Seems good to me.

Mo is finally getting the recognition he deserves.

Unsure if the ones that ranked these two have ever even seen them.

So, that does it with this roster. Clearly Madden is missing some players, but this is an overall idea of how your Los Angeles Rams will look when the game releases on August 25th.