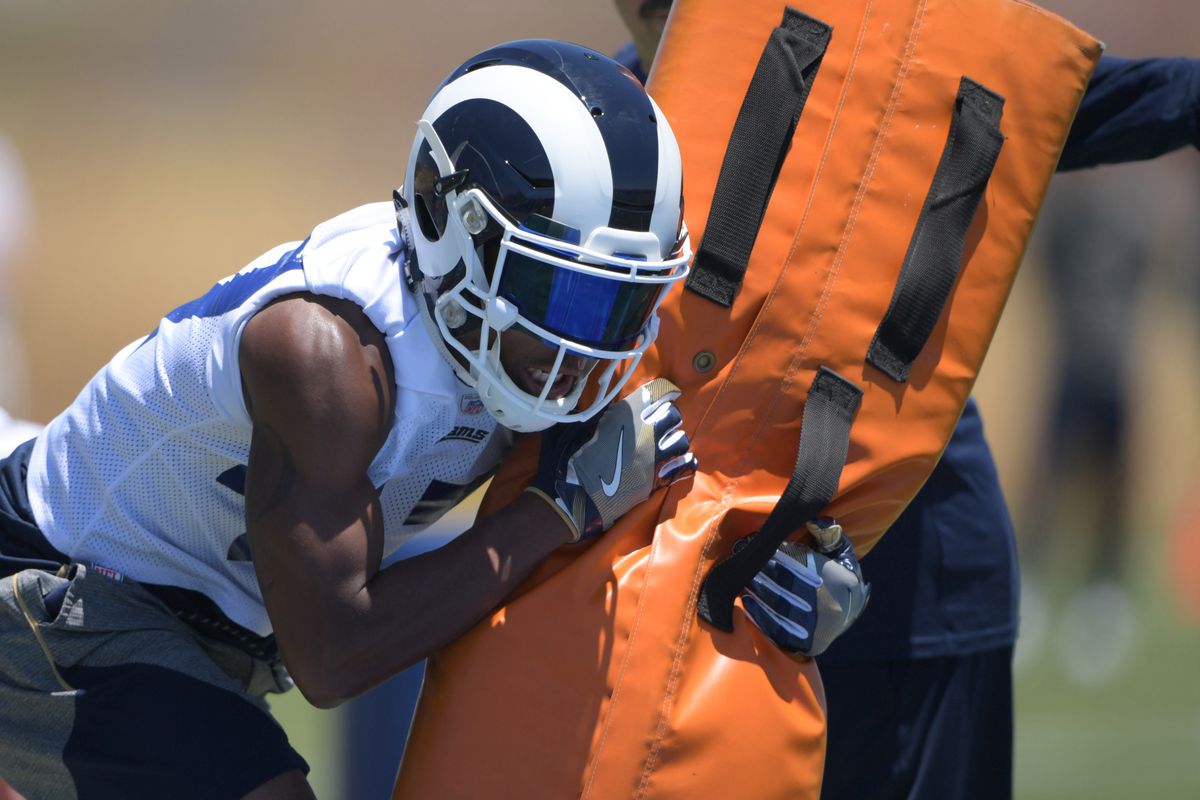 The Rams have a new coaching staff in place and on the defensive side of the ball a former Oklahoma State Cowboy looms for a larger role and a permanent role with the team.

The former 2016 undrafted rookie free agent was picked up by the Chicago Bears after the draft, but shortly after Bears would cut him. Towards the end of 2016 Peterson wound up on the Rams practice squad and then went on to sign a futures contract for this off-season with the Rams. Now, training camp is starting this weekend and it’s Peterson’s turn to show why he belongs on the roster.

Overall, Peterson just last year was received plenty of interest around the league as a player that can clearly fill a role at corner with his physicality and is smarts. He is considered a corner that wins more off of his cerebral nature as opposed to pure speed like many other corners. Peterson shows smooth hips that show he lacks stiffness which is a very good sign of things to come. Coming from the Big 12 he played against the likes of Corey Coleman and Josh Doctson both were picked in the first round that season and he held his own and then some against both of them. Peterson is just 5-foot-10 and around 180 pounds, but make no mistake he is aware of the field and his surroundings, he has technical skills that could make him a starter moving forward and has quality timing to disrupt the pass without creating contact and accidentally picking up a penalty.

So enough with the telling, it’s time to show you what Peterson can do.

In the above gif Kevin Peterson shows off his awareness, speed, ball tracking and instincts all in one play. Peterson has the tough task of covering blazing Corey Coleman, but he is somehow able to stick right with him, track the ball and then turn around facing his back to ball. He watches the WR’s hands go up and he makes the play by putting his arm right in between the receiver’s two hands without drawing contact. Result? No call 2nd & 10 pass breakup and a saved touchdown.

In this last gif you see Peterson read and react. Peterson’s job at the beginning of this play is to cover the receiver running a five yard curl route. Clearly on 3rd and 10, Peterson knows that his man is not in play and bolts on the assignment. He guesses right and WR K.D. Cannon gets the deep ball. It’s hard to know if Peterson saved a catch or Cannon was going out of bounds regardless, but it looks like Peterson did save the catch from happening and on top of that showed off his NFL level range on this play.

As you can see just off these two plays alone, Peterson shows off some tools that should translate to a roster spot not just this season, but for the future. He doesn’t have the wow factor in size or speed, but he has the underrated traits that NFL scouts love. He showed off his press coverage skills during the 2015 season in college, but his overall issue has been his inability to receive a chance to show his talents in the regular season. One thing is for certain, there are still plenty of corners in the league that were on or have been on 53-man rosters that don’t have the football IQ this man possesses.

There is no hiding that his 2015 campaign didn’t go the way he wanted it, but it is clear that Peterson’s injuries hurt him that season as this year before he looked like that of a day two pick. In this game versus Corey Coleman above, that game in itself made him look like a future number two. Pro Football Focus liked Peterson enough to include him in the top 10 best undrafted free agent signings list from the 2016 off-season.

It may not seem smart, but I think Peterson can absolutely make the 53-man roster. The starters will likely be Trumaine Johnson, Kayvon Webster and Nickell Robey-Coleman filling at nickel, but there is two spots or maybe even three depending on where the Rams decide to go. Peterson will have to fend off two UDFA’s from this year in Dominique Hatfield and Aarion Penton. He will likely have to take down Michael Jordan, E.J. Gaines and Blake Countess to make the roster. I think if Peterson had no chance of making the 53-man roster, he would have already been let go. Make no mistake Peterson is going to be competing for a job this summer and he just might get it when its all said and done even if only two percent of Rams fans no who he is.