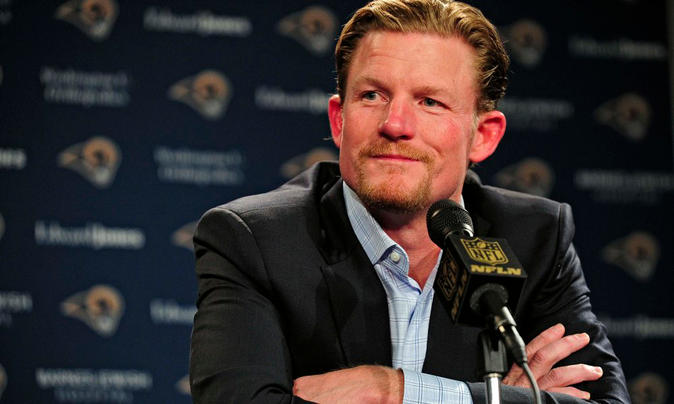 Los Angeles Rams general manager Les Snead talked to the media for the first time since the draft and one of the main topics of discussion was Aaron Donald’s contract.

Snead was asked if he knew if Donald was going to report to training camp on Friday and said that he was ‘not certain’ if Donald would be reporting to camp.

Donald and the Rams have been going back and fourth in contract negotiations as to try and lock up the defensive tackle, who has played at a dominant level since drafted, long-term.

Earlier in the spring, the former first round pick skipped all 10 of the Rams’ OTA’s, but did show up to mini-camp.

Donald and his agent know how much the Rams need him on the field, and by holding out, he could definitely make a statement when it comes to his long-term deal. Nobody knows if he’ll show up, but given the fact that he did participate in mini-camp, it wouldn’t be a surprise if he did end up showing up.

This will however, still be a story to watch on Friday when the veterans finally arrive to camp.