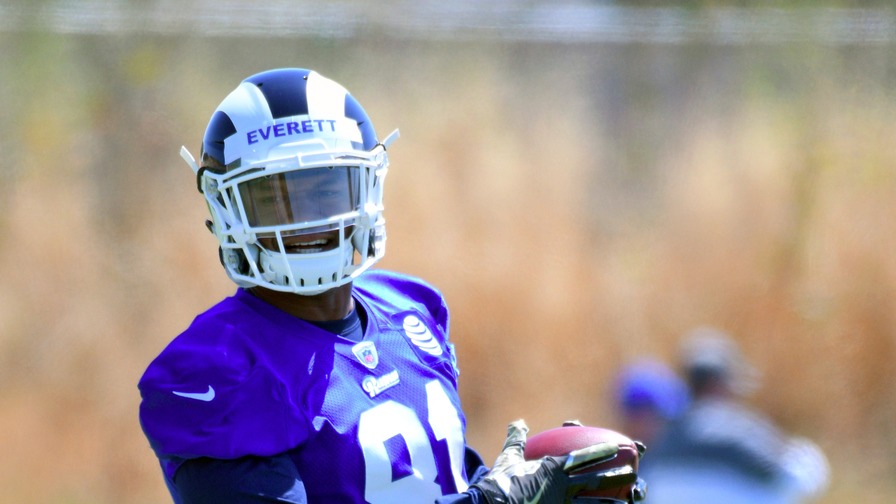 The Los Angeles Rams rookies reported to training camp as football officially began on Wednesday. One of those rookies included tight end Gerald Everett. Everett met with the media and gave the Rams tight ends a big voice of confidence.

The second round pick was quoted saying,

“I think that we complement each other very well. Tyler is more of a big body tight end, so I feel like we could be better than the Redskins tight ends, if I can say that….I am pretty confident in us.”

This is a lofty goal for a second year tight end and a rookie that have a combined 11 receptions at the NFL level between them. Not only that, but rookie tight ends tend to start slow.

Meanwhile, Washington has Jordan Reed and Vernon Davis who combined for 110 receptions, 1,269 yards, and eight touchdowns. Reed will start training camp on the physically unable to perform list with a minor foot injury, and Davis is 33 years of age, however, it is still a lofty statement from a rookie.

There is no doubt that the Rams do have talent at the tight end position and with head coach Sean McVay, who uses the tight ends quite frequently, they could become one of the best groups in the league in a few years.

However, as far as next season goes, Reed and Davis have been two of the NFL’s best tight ends in the last five years, and until proven otherwise, they will remain there.