Les Snead on Goff: 'We Drafted Him For The Long Haul' 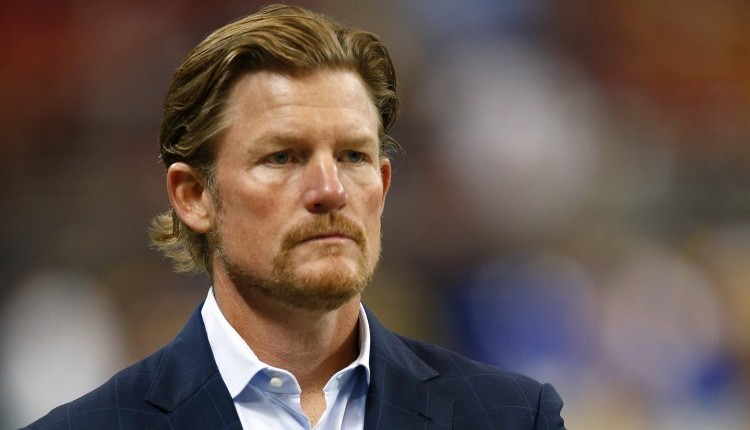 To say the jury is out on Los Angeles Rams quarterback Jared Goff would be an understatement. Goff averaged just 155 yards per game in his rookie year and went 0-7 losing all seven games he started.

Under new coach Sean McVay, the Rams hope that will change, and that includes general manager Les Snead. Snead joined Colin Cowherd on The Herd this morning to discuss his starting quarterback.

“Ok so here’s Jared Goff, and I watched him in college, and I said I felt like the high end was Matt Ryan. That’s what I thought if things worked out he would be Matt Ryan at the best.”

“(He) Takes his shirt off, doesn’t blow me away physically, struggles last year under center, there are things that concern you. Where are you emotionally? Where is he at? He had a tough opening year. He’s got a new staff. Now theres some pressure on him? Year one’s one, year two-two. Where do you think he’s at emotionally? Coming in, new staff, year two pressure, where’s he at?”

“Right now, he’s still 22 years old. Let’s take Dak (Prescott) and Carson (Wentz), they’re 24 years old. Right now of the 32 teams, guys listed number one at QB, he’s the only 22 year old listed as a starting QB. We drafted him for the long term, and what I do like about Jared is, last year bothered him, but it didnt effect him. And by that I mean, he didnt go in a hole, he didnt lose confidence, but what I do know is, when we did interview Sean McVay, and he was in a hotel not far from here. We had said we’d always interview our first round of coaches and then we might let them then meet some players like a Jared Goff, like an Aaron Donald second round (of interviews). But as we got to know Sean in that first interview, knew ‘ok wait a minute, this guy is definitely getting a second interview’. So picked up the phone called Jared, ‘hey are you in town, where you at, are you close?’ He was definitely close, came right down, Sean and him had a great conversation. I tell that story in the sense that since that last game, again, hadn’t taken any vacations, hadn’t gotten any better at Golf, tried his best to get better at football and I think we’ve seen that with the new offensive system through OTA’s and now we have to go through training camp and obviously the games will speak for themselves.”

This is all very interesting and some of it Snead has to say. What I do find interesting and what is a good point is that Goff is only 22 while the guys that he’s compared to, Prescott and Wentz, are more mature physically than he is.

The story Snead shares on how while everybody was on vacation, Goff was in LA working on getting better and was able to meet McVay for the second interview. That shows a guy that wants to get better and is determined to get better. He isn’t satisfied. That’s good to see that he has that mindset.

Now, like Snead says, it still needs to show up on the field, but in July, this is good to hear and will hopefully give some fans hope that Goff might be able to turn it around.

This year's WR camp battle is set to be intense, but how do the past Rams WR battles stack up?