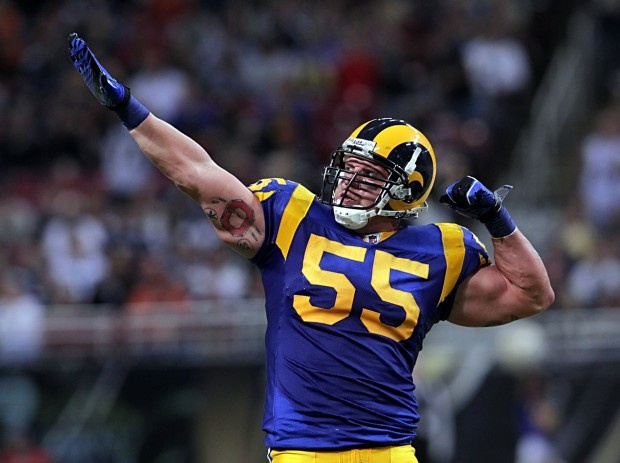 One of the most difficult transitions for former football players is finding out what they’re going to do after football. That however, won’t be the case for former Los Angeles Rams linebacker James Laurinaitis.

According to Bruce Feldman of FoxSports One, Laurinaitis is joining the BigTen Network as an analyst.

As someone who knew everything to know about the game and had one of the highest football IQ’s while on the field, Laurinaitis should make a great addition. The former Ohio State star, joins the network of his alma mater.

While with the Rams, Laurinaitis set the team’s all-time tackle record passing Merlin Olson and was the captain on a defense. He gave everything he had on a team that didnt reward him with wins.

The linebacker played in New Orleans in 2016 before eventually being released  and then announced his retirement in April.

He joins the Big 10 Network this fall.