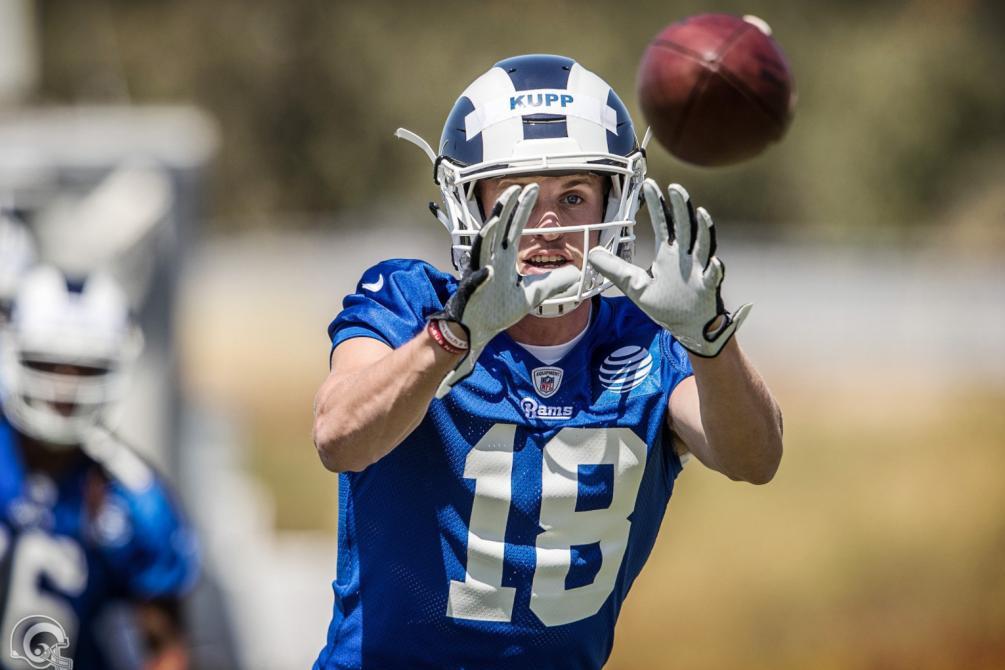 Football is officially back. Man, does it feel good to say that. It’s only rookies right now, but it’s something. The rookies report today and the veterans will come in later, but with that said, despite not having a first round pick, the team actually has a very solid rookie class.

It starts with Gerald Everett of course, but it doesn’t end there. There are several other rookies to be excited about. Here’s our top 5:

At Eastern Washington, Ebukam consistently showed he had the motor and explosiveness to make an impact. However, as a guy drafted in the fourth round, there is a lot to improve on.

If he can diversify his game, he will be a solid player for the Rams. He’s going to be a fun player to watch in the preseason and when the regular season does hit, dont be surprised to see Wade Phillips throw him in on passing situations.

How fun would it be for two of the Rams’ top defensive lineman to be guys from Pittsburgh? That could be the case when Ejuan Price lines up with Aaron Donald. Now, that won’t be the case right away, but might be down the road.

With Price, the Rams get a pass rusher. He’s undersized, but similar to Donald, he doesn’t use that as an excuse not to produce. This is going to be a guy that will make plays late in the preseason. As the regular season gets going, he could become a guy Rams fans keep an eye out for.

After Reynolds, the next two will be obvious, but it’s hard not to put the Texas A&M receiver on here. He’s a deep threat that gives the Rams an over the top presence while being able to play physical. You just hope he isn’t Chris Givens and a one trick pony.

If he can diversify his game to succeed in the short-intermediate routes and become a threat everywhere on the field, I’ll predict two things: 1) He will start across from Robert Woods by the end of the year. 2) Tavon Austin will no longer be a Ram.

The ideal fit for Reynolds would be on the outside, but right now, that is Cooper Kupp’s spot who is more natural in the slot. Woods is on the other side with Tavon Austin currently in the slot. If Reynolds really stands out and is the playmaker that many have said he is, the Rams will have no choice but to trade Austin who may not have a fit in the offense.

I really like Everett. He has potential to maybe not be Jordan Reed, but play a big role in the offense. With that said, I do think the brakes need to be pumped a little. Tight ends dont usually get going until year two.

Everett has a chance in this offense to stand out, but with Higbee, his chances may come more in the middle of the season and that’s when he will take off.

If this wasn’t the most obvious thing ever. Kupp is the rookie that Rams fans are raving about, and with good reason. He impressed in camp, all the experts are talking about him, and he’s the most polished receiver on the team.

Kupp will be a security blanket for Goff coming out of the gate. It is important to be wait and see on him, but there is a very good chance that he makes a big impact in McVay’s scheme on day one.

Les Snead on Goff: 'We Drafted Him For The Long Haul'