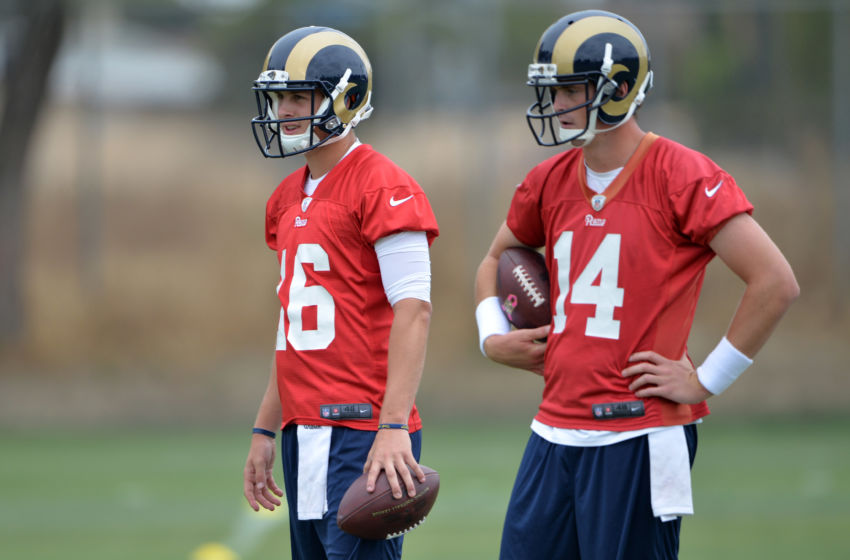 Late last week, former Los Angeles Rams running back Eric Dickerson said that quarterback Sean Mannion should start over Jared Goff. While that may or may not be factually based, it doesn’t oversee the fact of how important it is to have a good backup quarterback.

The Rams have had this experience in the past when Sam Bradford went down with injuries in back to back seasons. Due to the importance of the backup quarterback, ESPN’s Field Yates ranked every NFL backup.

Among the factors were the readiness and the long-range outlook. With these factors in mind, Yates ranked Sean Mannion second to last at number 31.

“The Rams are fully invested in a youth movement at quarterback and have just two arms on the roster: last year’s No. 1 overall pick, Jared Goff, and 2015 third-round pick Sean Mannion, who has attempted only six passes in two seasons. The key to this franchise will be how Goff ascends in his second season and beyond. He needs to improve greatly under new coach Sean McVay.”

The Rams’ quarterback situation isn’t ideal. Jared Goff went 0-7 as a starter and Sean Mannion attempted just six passes last season amassing a QBR of .4 and quarterback rating of 17.4. Neither of which are good my any means.

Goff didnt fair much better putting together a QBR of 22.9 and quarterback rating of 63.6.

Hopefully with Sean McVay, who took Kirk Cousins’ game to another level, can do the same with Goff and hopefully the second year quarterback stays healthy.

John Elway to the Los Angeles Rams? Not so Fast