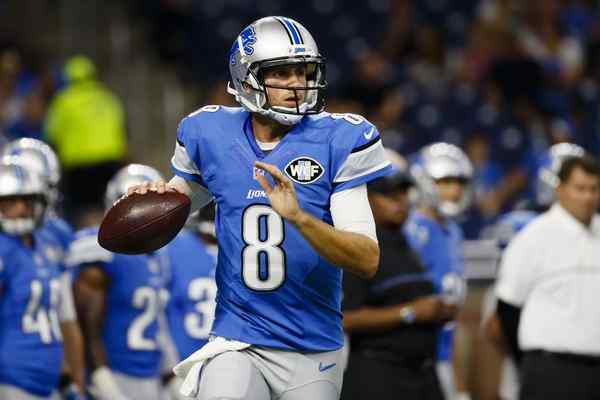 The Los Angeles Rams have found their camp arm. The Rams had Dylan Thompson, but released him last month. They also signed Aaron Murray in free agency, but released him as well. It doesn’t come as a surprise that they brought in another third guy to take snaps and once again, it’s only a matter of time before his demise.

Orlovsky told Sports Spectrum, “In the big picture, 7 months isn’t a long time. But for me, the last 7 months have felt like forever. I’ve had football in my life since I was 9, and the past 7 months, like I wrote back in the spring, I hadn’t had it. That time allowed me to truly look down into my heart, and my faith, and see where I placed Jesus. It challenged me, daily. It made me ask questions I never had before, and find answers maybe I didn’t like. In the last 24 hours, football and I have reconnected, as I have agreed to play this season with the LA Rams. As I get older, every season is so special, and important, and so with that, I am incredibly excited. I was ready months ago, and I am still now. But what I am more excited about is that these 7 months made me realize, as MercyMe says, “even if” God hadn’t opened this football door again, He was still God. He was still in control, and He was going to place me exactly where He wanted. And in that, I had peace, I had patience, I had trust. God is good, God is faithful. Even if football didn’t come back.”

The former Detroit Lions, Houston Texans, Indianapolis Colts, and Tampa Bay Buccaneers quarterback will serve as a veteran in the quarterback room throughout the preseason as there is little chance that he makes the roster.

The Rams may not be done making moves either. Former New York Giants running back Rashad Jennings may be joining the team.

Stay tuned on Downtown Rams for the latest.