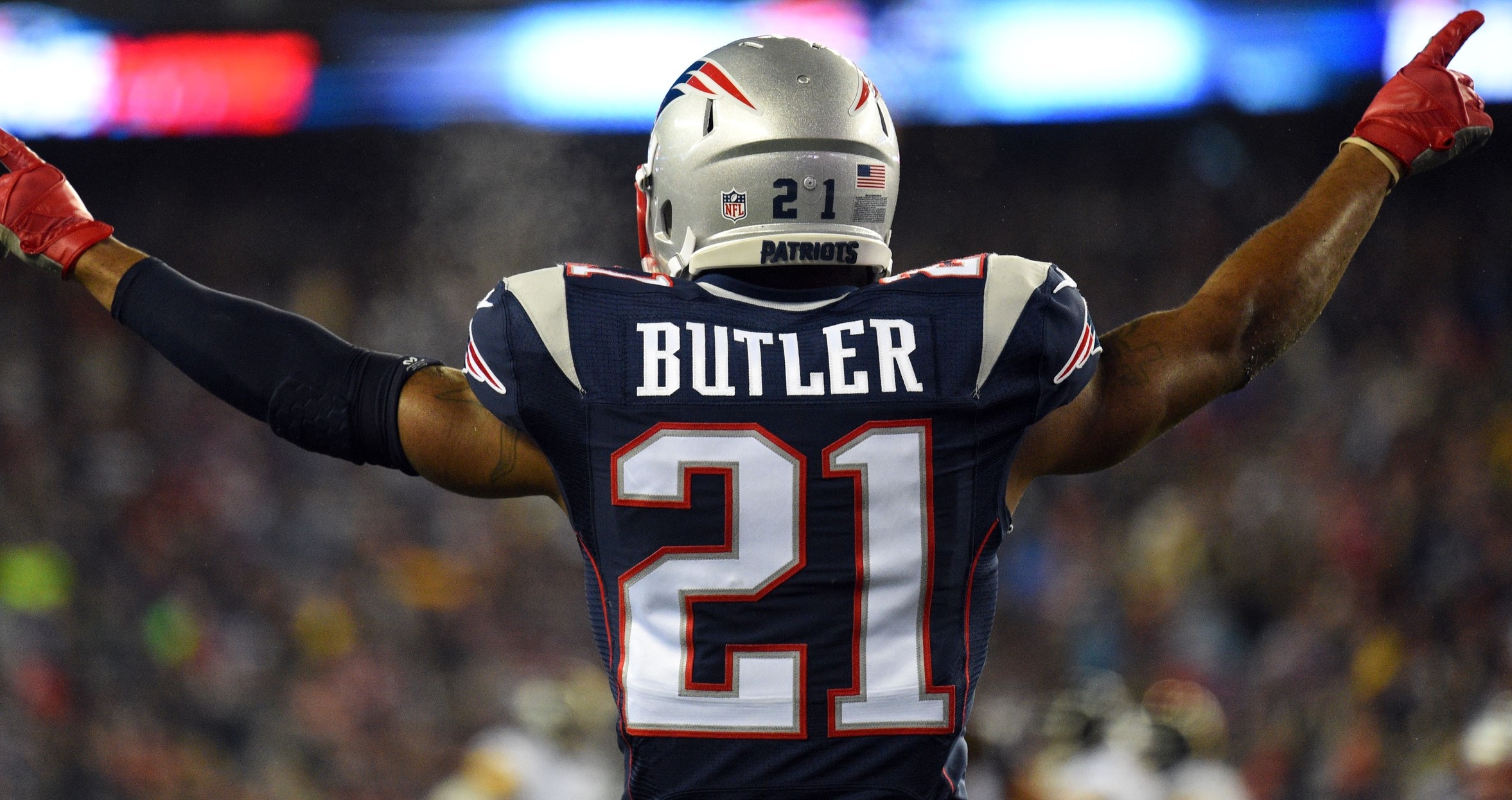 The NFL franchise tag contract extension deadline has passed and the Rams are officially out on giving franchise tagged cornerback Trumaine Johnson an extension. It appears as though with the future looking cloudy after the 2017 season, a trade of Johnson might not be a bad idea.

Let’s go back to before the draft when it was reported the Rams were shopping Trumaine Johnson and the likely candidate was the none other than the New Orleans Saints. The price demanded by the Rams was a reported first round or second round pick. No trade ended up working out, but on the other side of the coin was the fact the Saints weren’t done trying to find their number one cornerback to play next to first-round pick Marshon Lattimore. That in fact was Malcolm Butler who the Patriots dangled at the start for Brandin Cooks who they ended up acquiring just for picks anyway.

Butler still remains on his team, the New England Patriots where as Johnson remains on the Rams. Johnson and the Rams have made hardly any strides in two years to get a deal done. As for Butler? All he wanted was a fair payday, instead the Patriots decided to shell out over $16 million dollars annually to Stephon Gilmore of the Buffalo Bills. They didn’t however, pay their own home-grown player Malcolm Butler. That stung a little bit as Butler was placed with a first-round tender which led to him searching for a team to be traded to. He went right back where the rumors originally arose and that was in New Orleans. For whatever reason, the trade to New Orleans completely fell through and Butler decided to come back without a hitch, clearly being the bigger man about the situation and trying to stay positive in doing so.

Looking over at Trumaine Johnson, it’s hard to imagine he re-ups with the Rams and doesn’t just leave in free agency. The Rams chose Johnson not Janoris Jenkins now two years ago in what many are now calling one of the biggest mistakes General manager Les Snead has ever made. The fact is this, it’s not about Snead, it’s about Johnson. If Johnson isn’t going to want to play for the Rams moving forward, why not try to alleviate the pressure you are going to face in the future? The Rams signed Kayvon Webster as a free agent who followed Wade Phillips from Denver to a two-year deal. Outside of Webster, there isn’t a ton of signee’s that are staying for the ride moving forward. So now the biggest question lies. Do you trade Trumaine Johnson before the season starts in hopes you can at least get something?

My answer is fairly short and sweet. I like Trumaine and believe he can be a force in Phillips scheme on defense, but the fact is the bridge may have already been burned with the Rams. We have no idea how these negotiations went, but the answer is probably not good. If Trumaine and the Rams had that bridge burned already and the Patriots and Malcolm Butler are facing the same thing…then why not swap them?

There is no doubt that the Rams can’t afford to trade away Trumaine for picks, because that will affect the team moving forward in the regular season. However, a swap for Patriots Pro Bowl CB Malcolm Butler would instantly fill the void and maybe more than that. Butler last year was ranked by Pro Football Focus as the seventh overall cornerback which could do wonders for the Rams. Johnson after a spectacular 2015 campaign, followed it up with a down year, but he still was ranked as the 25th best corner. Obviously with that being said the question should be then if Butler has played better than Johnson, why is it a straight up swap?

Answer, it doesn’t have to be. The trade makes plenty of sense for fit concerns. Trumaine Johnson could join Stephon Gilmore in New England as another big-bodied and physical corner while Butler could come to the Rams and team up with Webster on the outside with Nickell Robey-Coleman in the slot corner role. Perhaps a change of scenery is past a “good idea” and instead it’s something that absolutely needs to be done as soon as possible. The Rams would likely be able to complete this trade with maybe minimal picks on top of Johnson, like maybe a sixth rounder tops. There is even a chance that the Patriots view Johnson higher on the totem pole than Butler.

Regardless, the Rams should definitely reach out to teams in regards to a swap to try and salvage as much as they can for the future since it doesn’t look like Johnson will be a Ram longer than the 16 regular season games the Rams play this upcoming season.

What are your thoughts Rams fans? Is a Johnson/Butler swap a good idea or do you have thoughts of your own? Let us know!