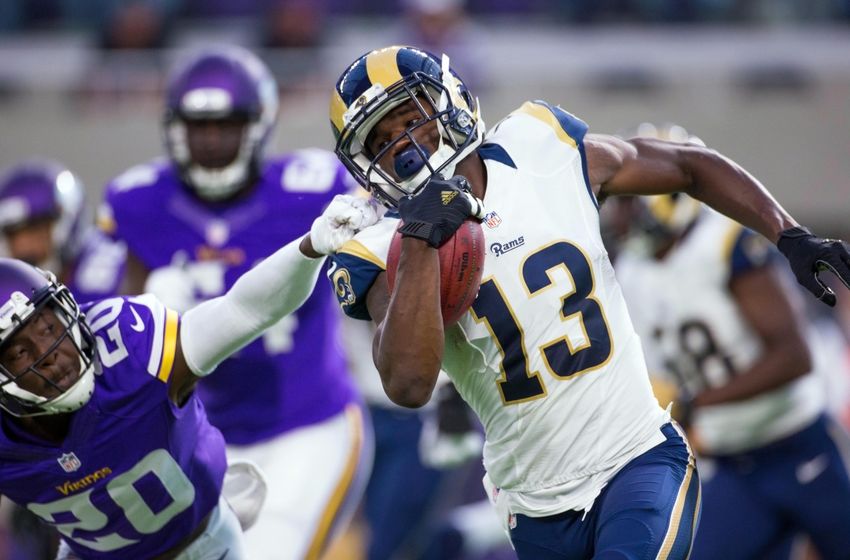 Over the weekend it was reported that Los Angeles Rams wide receiver Mike Thomas has been suspended for the first four games of the 2017 season. For a player that was having a good offseason with a chance to earn some serious playing time, to say the least it was disappointing.

The NFL cited Thomas for violating the NFL’s policy on performance-enhancing substances. A sixth round pick last season who was seen as a potential steal, Thomas barely played as a rookie and when he did, it didn’t go well. He fumbled the opening kickoff against the Atlanta Falcons and then the very next game dropped what would have been a sure-touchdown against the Seattle Seahawks.

As Alden Gonzalez reports, “Thomas seemed to be carving out a role in head coach Sean McVay’s offense and appeared to have a chance to make the team out of training camp.”

Since arriving in Los Angeles, head coach Sean McVay has been working on changing the culture. Changing the Rams to a “We Not Me” locker room. With Mike Thomas, he has a perfect chance to send a message by cutting him.

It’s never right to hope for someone to lose their job, a job that they’ve worked so hard for and has been a dream of theirs since they were young. However, one must also pay the consequences of their decisions.

Thomas made a choice to use a PED substance, whatever it may have been, and whatever your thoughts on that substance are, the point is, it was a banned substance by the NFL, that much is clear.

The Rams wide receiver made a choice and that choice has hurt the team. He made a “Me Not We” choice rather than putting the team first.

Behind Thomas are players like Paul McRoberts, who had some playing late time last season, Shaquir Ryan, Brandon Shippen, and potentially even Nelson Spruce. Guys who have played by the rules and would do anything if given the opportunity. Meanwhile, Thomas threw that opportunity away.

Like you never hope for someone to lose their job, you never wish for someone to be made an example of, but as a sixth round pick, cutting Thomas is a perfect opportunity for McVay to show that he is serious and the Rams really are about changing the culture and changing to a  “We Not Me” team.