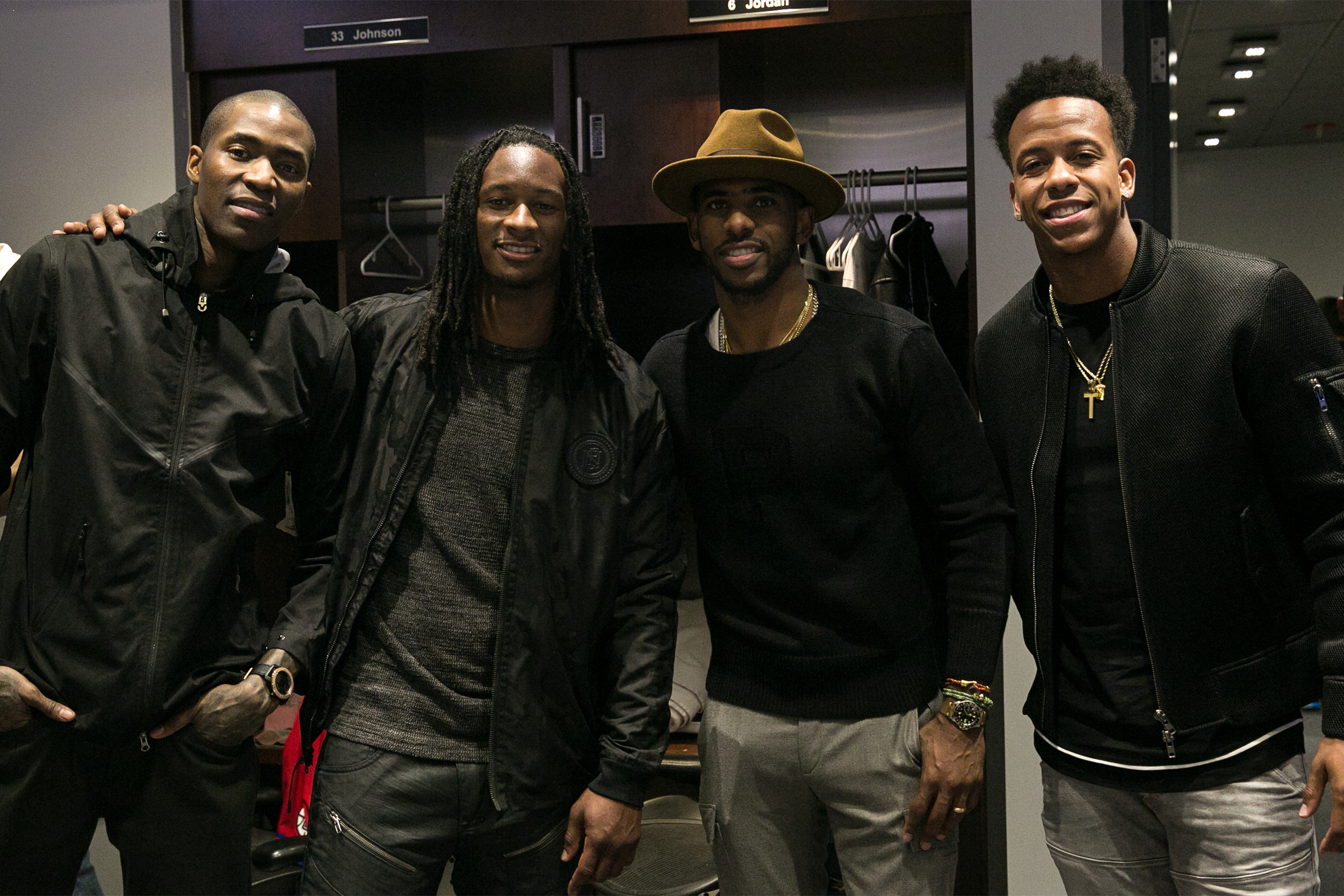 We kicked off this interesting piece with separate parts, first we did the offense and now here is the defense and special teams. If you haven’t seen the offensive yet you can find it here.

The best players at their respective positions are relatively young and instantly dominate the court and field they step on. Aaron Donald may not have been the number one overall pick Anthony Davis was, but he’s proved since entering the league he probably should have been. Both players have been the face of their franchises as poor as those franchises have played…

Two of the more underrated players in their respective leagues. Brockers does the dirty work for the Rams by taking on double and sometimes even triple teams to open up more one-on-one opportunities for teammates. Gasol is one of the more old school centers that does everything very well for the Grizzlies. Both signed long term deals to stay with their teams.

Otto Porter Jr. just got paid over 100 million dollars so these two aren’t both on the same pay grade. However, both are young and are former first round picks that were labeled “busts” that have since improved and have each found a role. The Rams got Easley on the cheap last year and signed him again, but now just like Porter Jr. he will be in the starting lineup.

Brook Lopez is one of those players in the NBA that is very talented, but has battled injuries that have cut his seasons very short. The Same goes for Robert Quinn. Quinn had one of the most dominant years for any pass rusher back in 2013. Both players find themselves in Los Angeles and while Lopez has a new coaching staff to assist him, Quinn has a brand new coaching staff as well. Again, with these two, the question is not talent, it’s health. Lopez will be playing on a one-year deal and playing for his next contract where as Quinn will playing to remain a Ram. Another injury filled season could be the end of Quinn in L.A.

Sometimes trades can cripple your career and you can end up going to the wrong team, wrong coaching staff and it’s just overall the wrong fit. For these two, these guys were on those teams until their two teams they are on now made the trades to acquire them. Barron was considered a bust on the Tampa Bay Buccaneers, but the Rams traded for him and got him in their system and he thrived. With Jae Crowder, he was in Dallas as a lower tier rotational role player. The Boston Celtics knew he would thrive in their system run by basketball genius Brad Stevens and so they made the trade. Both players have panned out and are among the upper mid-tier of talents in their leagues.

They call him the “Greek Freak” and the picture next to his they call “Tree”. Both are physically gifted freaks that quarterback their respective teams. Ogletree is the main captain of the defense and Giannis is practically the captain of his young Milwaukee Bucks. Both have loads of potential and are already making a huge name for themselves even without being on a true winning team. However, both are waiting to get paid and have yet been re-signed after their rookie deals.

Both players throughout their career have been considered the underrated locker room presences you need to have on your team. Taj Gibson will be joining his old coach in Minnesota to mentor the young Timberwolves and start in their young lineup, same with Connor Barwin. Barwin was brought in on a one year deal to likely mentor a young group of Ram linebackers and start on a good defense. Barwin was also reunited with his old Houston Texans defensive coordinator Wade Phillips. Both players will make impacts for their new teams that won’t necessarily make highlight reels, but will definitely help lead to some wins.

Gordon Hayward and Trumaine Johnson appear to be in the same tier group of their leagues. Not quite superstars, but they are great players that will move the needle for your team. Unfortunately, after years of trying the Utah Jazz were unable to retain Hayward as he bolted in free agency to Boston. The same goes for the Rams who have been saved by the exclusive franchise tag only to be found in the NFL. That is likely the only reason Johnson remains a Ram. Could Tru face the same fate of Hayward? That is a question we won’t be able to answer until after the 2017 season.

The Rams have no idea how good or bad Kayvon Webster will be. They just know he has loads of uncertainty, but some serious upside for a position of need. As for Jonathon Simmons, he and Webster both filled their roles well, but both of them decided to go elsewhere in search of a starting job. Simmons is 27 and Webster is 26, both have been buried previously behind other talent on very talented teams and now it’s their turn. They both have signed their deals and it appears like the Magic and Rams may have found gems in their starting lineups.

Kemba Walker was always a solid starter since he came into the NBA, but he just continues to get better every year and the same should be said for LaMarcus Joyner. Both are around the same age and both are feisty and aggressive. The way Walker can slice through the defense like a hot knife through butter is just like the way Joyner can deliver a punishing blow to the open field ball carrier. Kemba and LaMarcus appear on the outside looking in at stardom at their respective positions.

Both men are secret superstars to be completely honest. Nikola Jokic might be younger, but both are first-year starters that were pleasant surprises in their starting debut years. Maurice Alexander played just like Jokic before this season, but 2016 they both put on seasons to remember. Jokic was such a surprise for the Nuggets they ended up trading one of their players away and with Alexander’s emergence in camp last year the Rams opted not to sign veteran help at the position. Both should breakout even more this year and put themselves on everyone’s radar.

Two of the most scrutinized players on their teams. Carmelo Anthony is the only one that can really put the ball in the basket for the Knicks. Last year, Greg Zuerlein was the only one who could put points up on the board for the Rams. Laugh all you want, but GZ is a top five kicker and the number three team in the NBA is trying everything in their power to acquire Carmelo.

Alas, the final comparison. Johnny Hekker might already be the best punter we have ever seen and Hassan Whiteside appears to be one of the best shot blockers we have seen too. Hekker won the Rams two games off his leg and being at the Jets game to see it for myself, I can confirm Hekker definitely was the reason the Rams beat the Jets. Like Hekker, Whiteside continues to win games off his shot blocking. Hekker is like the end zone protector in Los Angeles just like Whiteside is the rim protector in Miami. Now, you will never look at these two the same again. You may even turn on a Heat game and call Whiteside the Johnny Hekker of basketball. Just make sure you aren’t in public when you make that comment out loud.

What are your thoughts Rams fans? Have anyone we missed? Let us know!