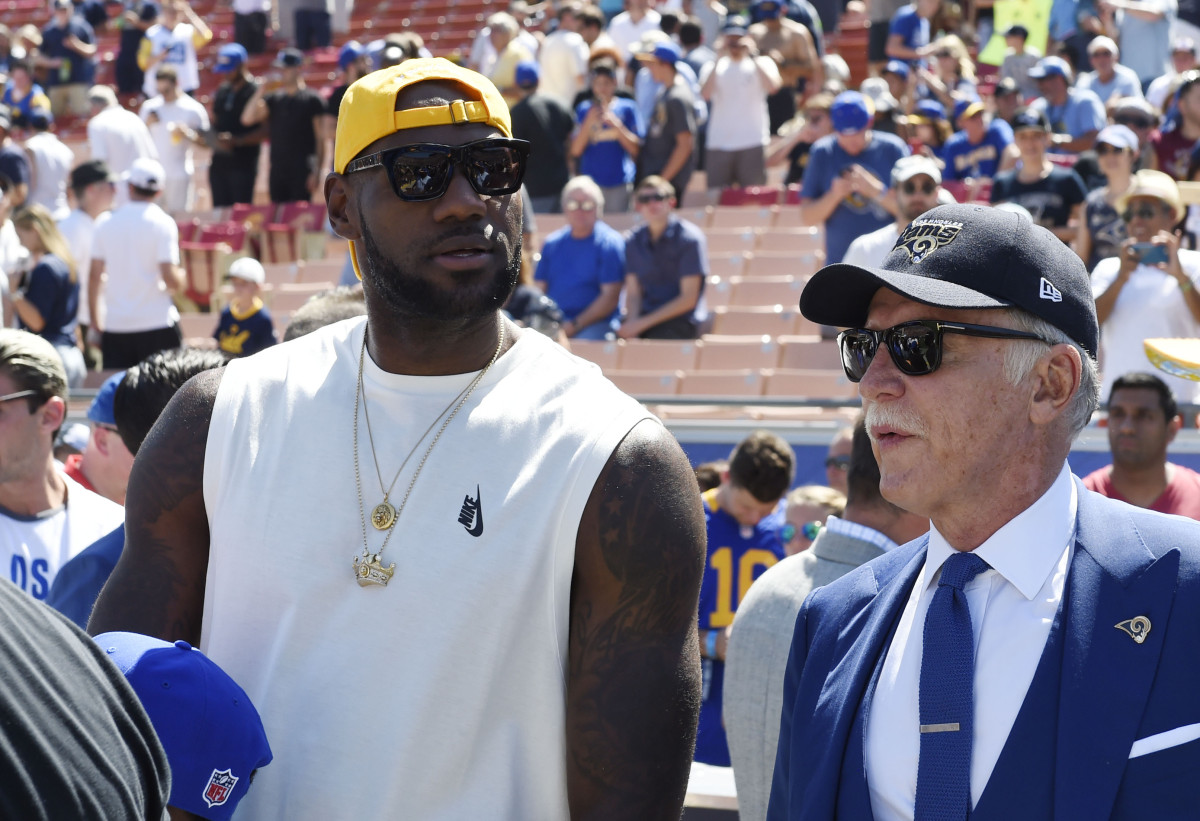 The NBA and NFL have been connected over the past couple weeks due to a number of players speaking out over unfair contracts. I decided to put together this fun little article that takes one NBA player and matches them with a starter on the Rams.

Not quite the same situation out of these two. However, Goff and Ingram both struggled in their rookie seasons. They flashed star potential at one time or another, but for the most part their seasons weren’t amazing by any means. The Rams success hinders on the development of Jared Goff just like the Lakers does with Brandon Ingram and the way Lakers brass call him “untouchable”.

Michael Carter-Williams might be a little older than Todd Gurley, but both players are former Rookie of the Year winners that fell off the next year. While, MCW may have completely fallen off as a potential franchise player, he’s still a good piece to have on your team. For Gurley? This might be a little premature, as of right now I think he compares to similarly to MCW. Both players have a freaking build and dominated their rookie seasons. MCW clearly has found a lesser, but still important role and Gurley has the potential to bounce back and find himself in the conversation among the best running backs in football.

Both players were waiting in the winds behind high valued talent and both were in poor situations. Dion Waiters for instance was a first round pick, but he played with LeBron James, Russell Westbrook and Kevin Durant which led to him not being really able to be the guy. Just like Robert Woods who was stuck behind Sammy Watkins in Buffalo and was practically phased out of the offense due to the fact the Bills rarely throw the ball. Now, Waiters and Woods can make a name for themselves moving forward. Waiters finds himself in Miami and Woods finds himself in L.A. in which they both get to be “the guy” moving forward and were both paid as such.

Many have been wondering this off-season is how Cooper Kupp, a four-year stud at Eastern Washington fell all the way down to the third round in the NFL Draft. Well, the same goes for Frank Mason who at Kansas, won the National Player of the Year award. He of course fell down to the 34th overall pick in the NBA draft. They both find themselves primed to break out in their rookie year, they both find themselves among the oldest of the bunch of draftee’s and the most polished. Two rookies that have yet to play in regular season games, but this comparison makes far too much sense.

One is a superstar and the other has the flash of a superstar. Tavon Austin has been a bust compared to his draft position which was eighth overall in the 2013 NFL draft. However, he has yet to work with an offensive coaching staff like the one this year. Isaiah Thomas on the other hand didn’t come from that type of high pick, as a matter of fact Thomas was picked with the last pick in his draft. Both of these players are 5-foot-8/5-foot-9 and are as exciting as it gets. Thomas took some time to become a star, perhaps Tavon has it in him this year and moving forward.

You may not even know who Jonah Bolden is. However, just like Everett, Bolden is an under-the-radar potential stud. Bolden played at UCLA before leaving the country to play overseas in Serbia. With that being said, Everett comes from small school South Alabama that doesn’t get the recognition of the other schools just like how Bolden in Serbia didn’t get the recognition of others. Bolden is raw, but like Everett he has a chance to make an impact day one. Both were passed on for others at their position, Bolden was overlooked at the forward position where as Everett was overlooked at the tight end position. Both men are rookies and have yet to play a regular season game, but both should end up having good careers in their respective leagues. Everett though, does have a chance to be a better player, but this made the most sense as a comparison.

I like this comparison. These two are both in that high tier of player that still contributes despite their age. Whitworth left the Bengals for only his second team ever in his long NFL career, just like Wade left his Miami Heat again, after a long NBA career. Now, the two play the veteran leader role while still contributing at a high level. Both players are surefire Hall of Famer’s.

Veteran players that are considered “glue guys”. You don’t simply have a team succeed without the guys that can play the leadership role and fill all sorts of utilities. Iguodala can play the one through four positions in Golden State’s system which in turn shows his versatility. Saffold on the other hand can play four out of five positions on the offensive line just like Iggy does.

Plug-in-play veterans John Sullivan and Jameer Nelson will always have markets, because they can still play their respective positions and fill in as starters if need be. The Rams will be starting Sullivan from the looks of it, he’s one of the underrated centers in football just like Nelson has become an underrated guard in the NBA.

Rob Havenstein has been a nice consistent piece for the Rams. He is switching positions, but so far it’s been so good for Havenstein. Same for Rodney Hood, the Jazz lost Gordon Hayward in free agency so they will likely need Hood to turn it on this season and possibly become the guy. Hood and Havenstein aren’t going to be the superstar talents other players are, but they are models of consistency that get the job done.

Last, but not least we have Jamon Brown who has become the starter at a new position this year for the Rams. He knocked a former top five pick off the roster and took his job even before training camp. T.J. Warren on the other hand will have to fend off a top five pick in Josh Jackson in order to keep his starting job. Even if he doesn’t, these are two players that continue to develop their game and are starting to make a name for themselves among their coaches and staff.

What are your thoughts Rams fans? Who do you compare these Rams to? Let us know!