What options do the Rams have at their disposal with Trumaine Johnson? 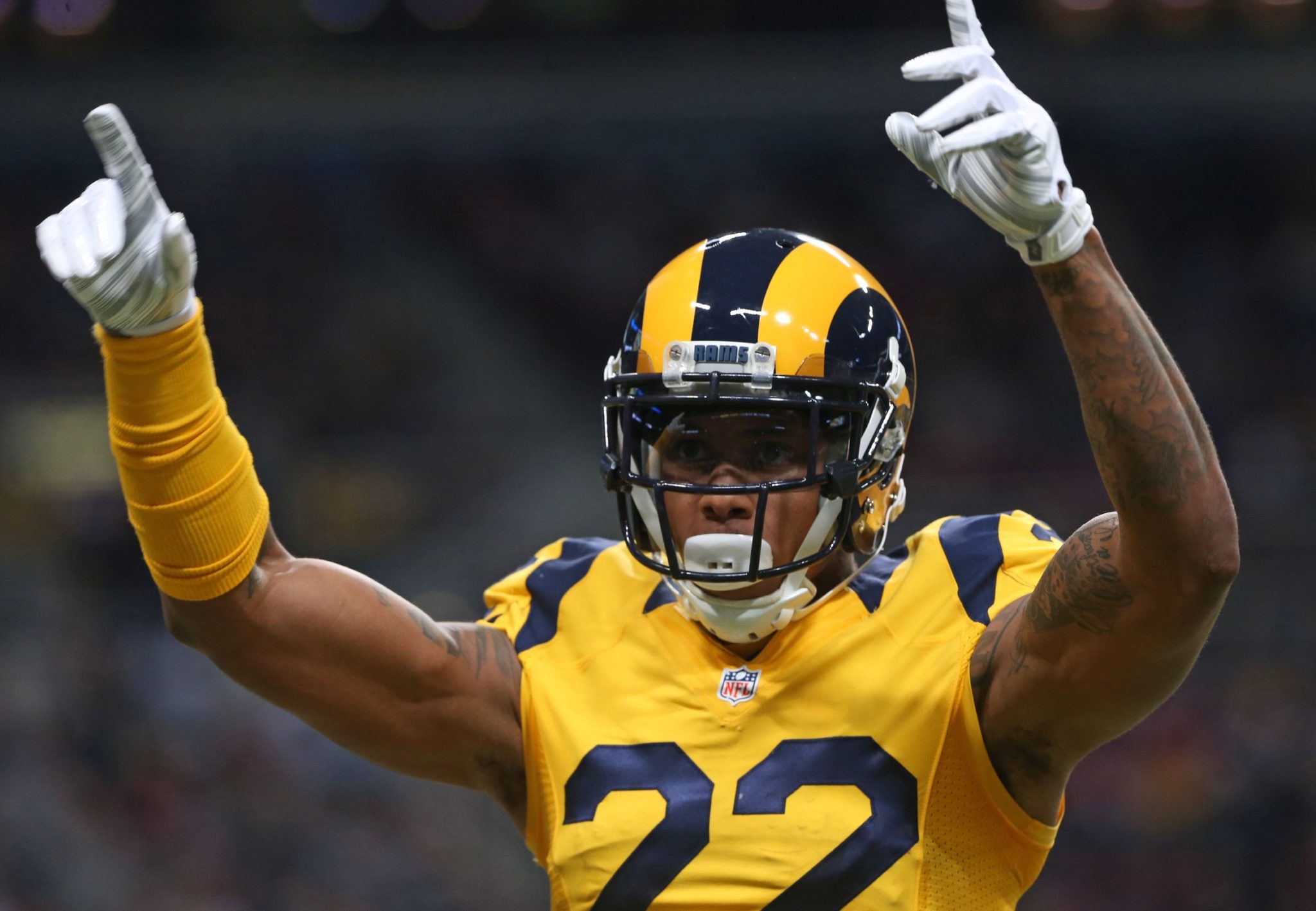 When the off-season began, Rams GM Les Snead said that extending Trumaine Johnson was the number one priority of the team during the 2017 off-season.

We’ve come a long way since then and now it appears that Johnson is on his way out of Los Angeles.

The Los Angeles Rams do have some options when it comes to Trumaine Johnson and ultimately hold the upper hand in any negotiations considering the down year that Johnson had in the 2016 season.

Johnson played and started 14 games for the Rams in 2016. He registered 47 tackles, 11 passes defended, 1 fumble recovery and 1 interception.

Not exactly worth the $16.7 million deal he’s scheduled to play under this season.

Les Snead mentioned that negotiations with Johnson would not begin until after OTAs. The OTAs came and went and we all waited to hear what the news would be regarding the Rams number one cornerback.

News then quickly spread that Johnson had a 0% chance of signing a long term extension per Jason La Canfora.

Johnson has already signed his non-exclusive franchise tag tender and is under contract for the Rams for the 2017 season.

No player really enjoys the franchise tag due to the lack of long term comfort. Johnson is on the franchise tag for the second year in a row and is clearly not happy about it. The Rams did send Johnson an offer that was quickly declined. The details of that offer are not public.

Different options the Rams have right now will be a story in itself to watch leading up to training camp and preseason and could extend into the 2018 off-season.

Letting Johnson play in Los Angeles in 2017 leaves the Rams with some flexibility heading into 2018.

If Johnson has another year like he did in 2016, the Rams will feel justified in their previous offer and will likely let Johnson walk in free agency and find a new team willing to pay him what they feel he is worth. This isn’t the most ideal option for the Rams because the Rams would be paying Trumaine Johnson a lot of money for another rough season. Under his current franchise tag, Johnson will earn more than any other corner in the NFL in 2017 and is the 27th highest paid player in the league this season.

If Johnson rebounds and has a strong season, the Rams will have two options. The Rams could decide that the money is not worth it, especially if one or more corner backs on the roster prove that they could be up to the challenge of starting for the Rams in 2018. Letting Johnson leave in free agency and get a massive deal could be for the better. The Rams could also see what he does in 2017 and send another offer to Johnson, maybe one that both sides agree are fair.

Trading Trumaine Johnson seems like it could be the best option for both sides at this point. The Rams have a number of corners who have started games and have added Kayvon Webster who is the most experienced player on the roster when it comes to playing in Wade Phillips’ defense.

If a trade were to happen before training camp, an extension would likely be agreed upon between Johnson’s side and the team that would be trading for him before the trade is executed. Dropping Johnson’s $16.7 million 2017 cap hit could save some face between the Rams and their best player, Aaron Donald. Freeing up the cap space needed to give Donald a much deserved extension.

Receiving some extra draft picks for HC Sean McVay and the new era of the Rams could put the team on the fast track to getting guys who McVay and the rest of the coaches like for their schemes.

Trading Johnson before training camp is the only win-win situation for both the Rams and for Johnson.

The Rams and Les Snead also have the option to let Johnson play under the franchise tag in 2017, see what kind of contract he is looking for, and if they don’t agree with the value, giving him the franchise tag for the 3rd season in a row while searching heavily for a trade partner, possibly before the draft.

As for now, the only option we have as fans is to sit back and watch the situation unfold.

PODCAST: All or Nothing Producer Keith Cossrow