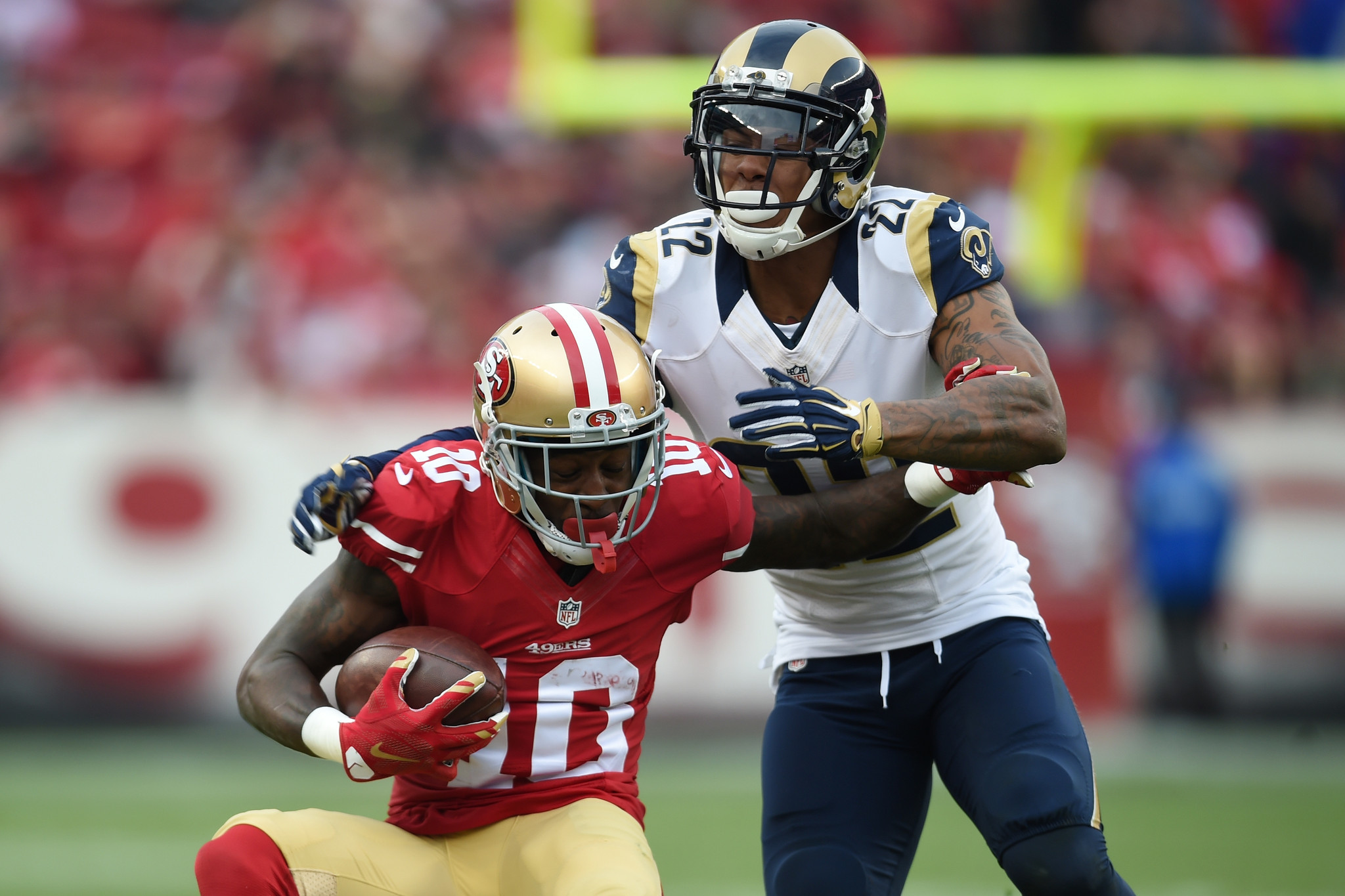 It looks as though the Rams are going to fall to 0-and-2 in attempts to extend Trumaine Johnson. According to multiple reports around the league, Johnson is unlikely to be extended before the annual mid- July NFL deadline that is in place to extend franchise-tagged players.

The 27-year old corner had a fantastic and breakout type of season in 2015, but that didn’t lead to a re-signing after the fact. Johnson had an average or slightly above average season (depending on which Ram fan you ask) last year and once again he will not receive an extension or at least right now, it doesn’t look like it. So, with that being said, where does that leave the two parties moving forward? Well, I will tell you right now this doesn’t mean Johnson is gone after the season, but it certainly doesn’t clarify his future with the team.

While this could be a one-year rental with no intention of bringing back Johnson or it could be a prove-it type of season in which the Rams brass wants to see Johnson earn his deal. Regardless of which one you feel is the right mindset of the Rams, the bottom is the Rams best player needs to be the highest possible priority. That player of course is Aaron Donald who is still on his rookie contract and waiting to find the contract that not only equals his play on the field, but confirms job stability in Los Angeles.

Where do I see this all going? Well, first off, I had no expectation of the Rams coming up with a deal before the deadline for Trumaine Johnson. Second, I think this is the right move by the Rams and third the Rams are not in the position to spend anytime negotiating with anyone other than Donald. That needs to be the priority.