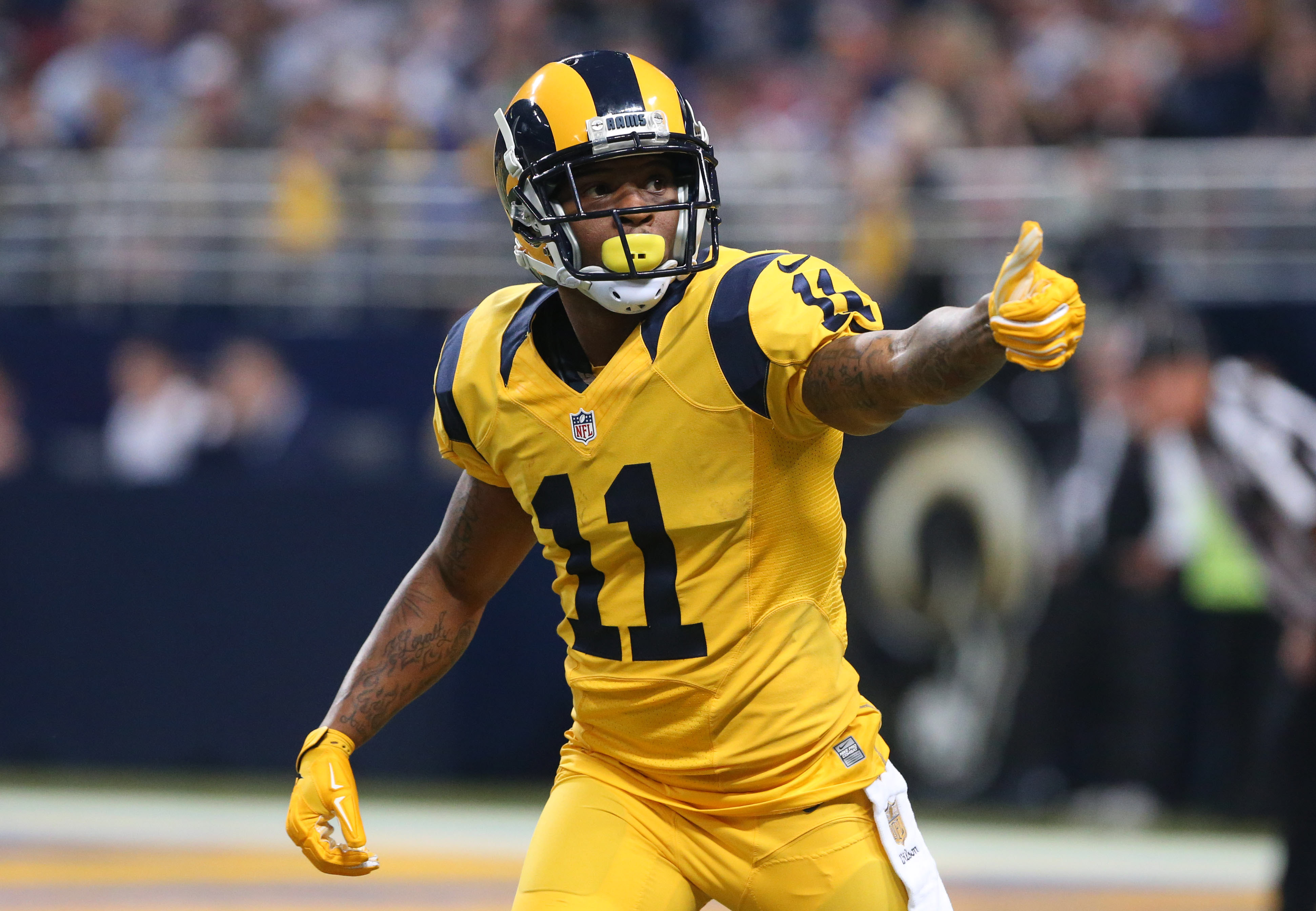 In just over two years ago the Rams donned a new all yellow uniform look for their fans at the Edward Jones Dome in St. Louis in what would be their last game in the Show Me state. It looks like the Rams might be bringing them back in 2017.

The Rams had a fan appreciation day at the coliseum and showcased their official jerseys in the locker room. Here is what we found on the Los Angeles Rams Snapchat story:
While nothing has been confirmed yet on which uniforms the Rams will wear this season besides the standard remodeled ones as well as the throwbacks. There is at least optimism for fans who love this look, which leaves a throwback alternate type of feel to the uniform.

When would they wear this you may ask? Well, Nike and NFL have teamed up to make the Color Rush uniforms mandatory on Thursday Night Football to all teams. The Rams would likely wear the Color Rush uniforms on their Thursday night tilt against their division rival San Francisco 49ers which would come on September 21st during week three of the NFL season.

What are your thoughts guys? Me personally, I love these uniforms and would love to carry them over for the near future as a home alternate. Let me know below!