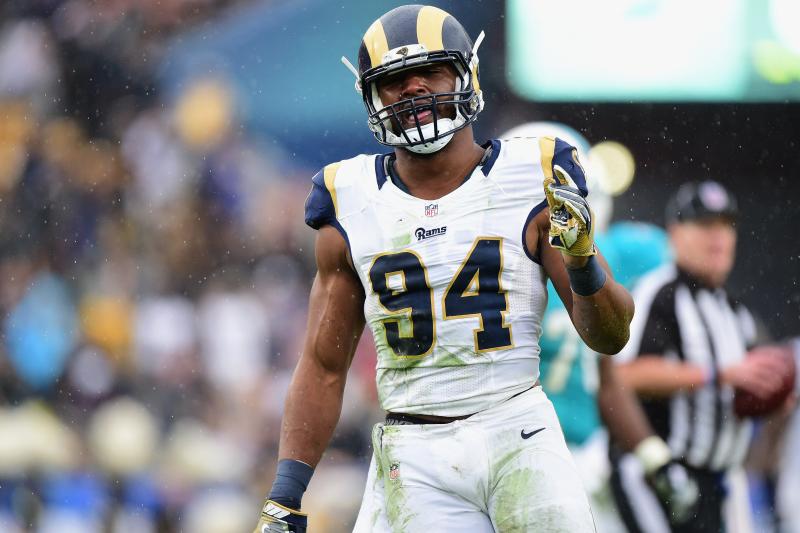 The Los Angeles Rams began the mandatory section of their minicamp on Tuesday and despite it seeming like the offseason program is just beginning, the Rams are already getting bit by the injury bug.

According to NFL.com’s Gregg Rosenthal who spent the day at Rams camp, Robert Quinn was seen in a cast and after a touchdown, Cooper Kupp was shaken up.

According to Rosenthal, McVay said that Quinn had a minor surgery on his hand and will be ready for camp. Meanwhile, with Kupp up and walking, it sounds like the rookie had a welcome to the NFL moment at practice and will hopefully be fine after some treatment.

You never like to see friendly fire, especially this early in the offseason, and when it comes to guys like Quinn who seem to struggle staying healthy, it’s never good to see them not practicing. Reportedly, by NFL.com’s Steve Whyche, Quinn’s surgery was to repair a ligament in his thumb.

However, if the Rams hit the injury bug at any times, it’s better to be now to allow the players time to heal and not have to get ready for a game this week.

Stay tuned at Downtown Rams for the latest news coming out of training camp.