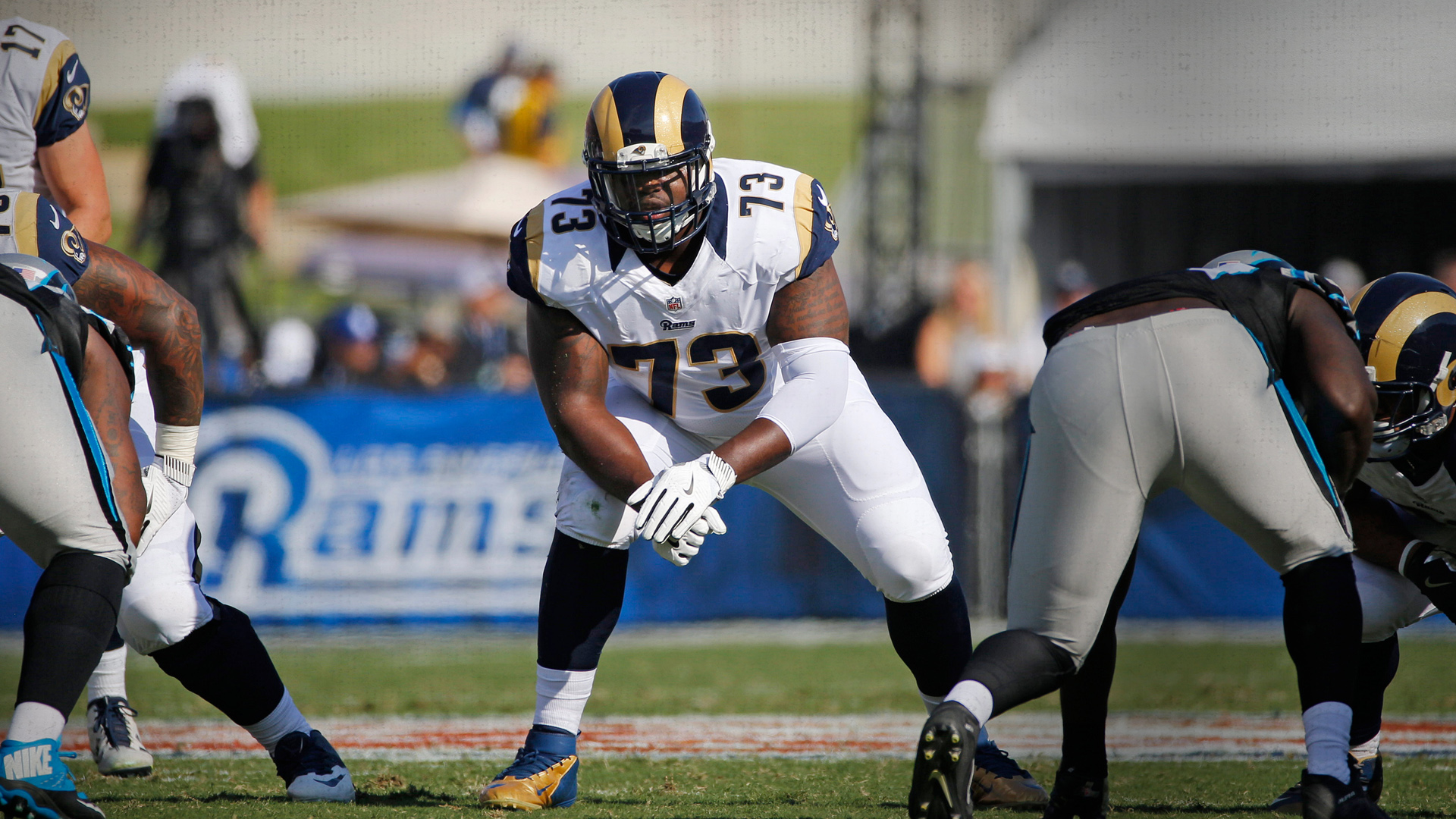 With Los Angeles Rams mandatory camp taking place, we will actually have some Rams news. Gregg Rosenthal spent the day at Rams camp on Tuesday and live-tweeted some pretty interesting take aways.

According to Rosenthal, former second overall pick, Greg Robinson, wasn’t getting first or second team snaps in practice. This comes after the tackle was benched in favor of Jamon Brown just last week.

Rosenthal also noted that running back Todd Gurley took some snaps lined up out wide.

These are two very different pieces of news. One is disappointing while the other brings light and excitement to what looks to be a creative Sean McVay offense.

Regarding the news on Robinson, it’s hard to see him having a future on the Rams. It would be hard for the team to straight up cut him, but like they did with Jason Smith, it wouldn’t be shocking to see if they can find a trade suitor.

Many were hoping a fresh start would be beneficial for Robinson as well as moving to the right side, but given the reports, that just hasn’t been the case.

Now, on to the good news. Gurley was reportedly moving all over the field on offense and even lined up wide. Given that fans have dealt with Jeff Fisher’s vanilla offense the last five years, this is great to see.

“The third-year running back moved around the offensive formation throughout the first day of Ramsminicamp Tuesday. Occasionally, he lined up wide outside two receivers. On another snap, he motioned from out wide into the backfield before running a route in the other direction. He saw a lot of targets from quarterback Jared Goff in the passing game, often appearing to be the primary read.”

Todd Gurley is without question the Rams best offensive weapon and to see him getting primary looks in the passing game is great to see. The Atlanta Falcons hurt teams last year with the duo of Tevin Coleman and DeVonta Freeman in the passing game.

To say the least, it’s nice to see McVay adjusting his offense to fit what works and scheme it in rather than be ignorant and stick to the same offense for 20 years.

This is only mini-camp and it has fans excited. It will be even more exciting once actual games are played and we get to see the offense in live action.