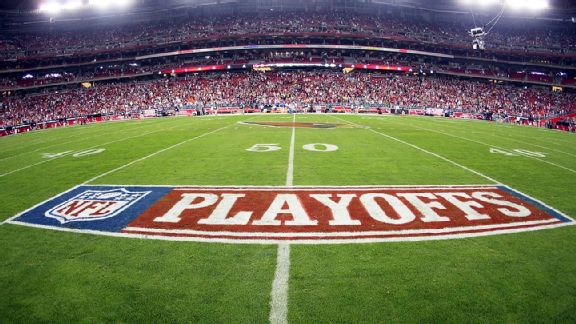 The Los Angeles Rams without a doubt are coming off of one of their most disappointing years since 2011. However, with head coach Sean McVay along with defensive coordinator Wade Phillips, there is some reason for optimism headed into 2017.

What may come as some sort of surprise, ESPN Insiders are also feeling this optimism. Both Aaron Schatz and Dan Graziano have the Rams as a 2016 non-playoff team as a likely team to make the 2017 postseason.

ESPN NFL Insiders recently participated in a roundtable and when answering the question, ‘who’s the non-playoff team from 2016 that will make the 2017 field?’, both Schatz and Graziano answered the Rams. Here’s what they had to say:

“I like the Los Angeles Rams. Coordinator Wade Phillips’ impact on the defense and head coach Sean McVay’s intelligence and energy will be enough to vault them to their first winning season since 2003. Also helping their case: The Cardinals are due for a downturn and Seattle’s ship looked a little leaky last year. Obviously, there’s some concern about how Jared Goff meshes with the new coaching staff and learns a whole new system. But I’ll give that staff and running back Todd Gurley the benefit of the doubt. Don’t underestimate the impact of veteran left tackle Andrew Whitworth on the offensive line, either.”

“I’m driving the Rams bandwagon this year. OK, I guess it’s more of a minivan, but more folks should be hopping aboard once they realize Phillips’ phenomenal record of improving defenses in his first year as coordinator. (I wrote about that in detail here.) The offense isn’t going to be good, but there’s no way it will be as bad as last year. The 2016 Rams had the fourth-worst offense in the history of our DVOA stats, which stretches all the way back to 1987. The other teams in the bottom dozen improved by an average of three wins the next year, and three of those teams had winning records.”

Both Graziano and Schatz were impressed with the Wade Phillips signing. By bringing on Phillips, McVay brings on an experienced coach that he can trust to manage his side of the ball.

On offense, one can only hope that the Rams offense improves as it can’t possibly get worse. If the Rams defense can play to the level that it was last year (ninth in the NFL) and the offense improves even a little bit, that should reflect in the standings.

As Graziano mentions the Seahawks seem to be paddling a sinking ship while the Cardinals are aging and don’t have a lot of young pieces. They already took a step back last season. This leaves a small opening for the Rams.

One thing that both Insiders forgot to mention is the overall strength of the Rams’ schedule. Over the last four years the Rams have been known for having difficult schedules.

This season the Rams have the 15th easiest schedule and if they are able to take advantage of a light beginning of the year, they may be able to build on that as the season goes on.

The Rams haven’t made the playoffs since 2003. One can only hope that changes sometime soon.

Rams "unsure" if Aaron Donald will be at mandatory mini-camp