Rams "unsure" if Aaron Donald will be at mandatory mini-camp 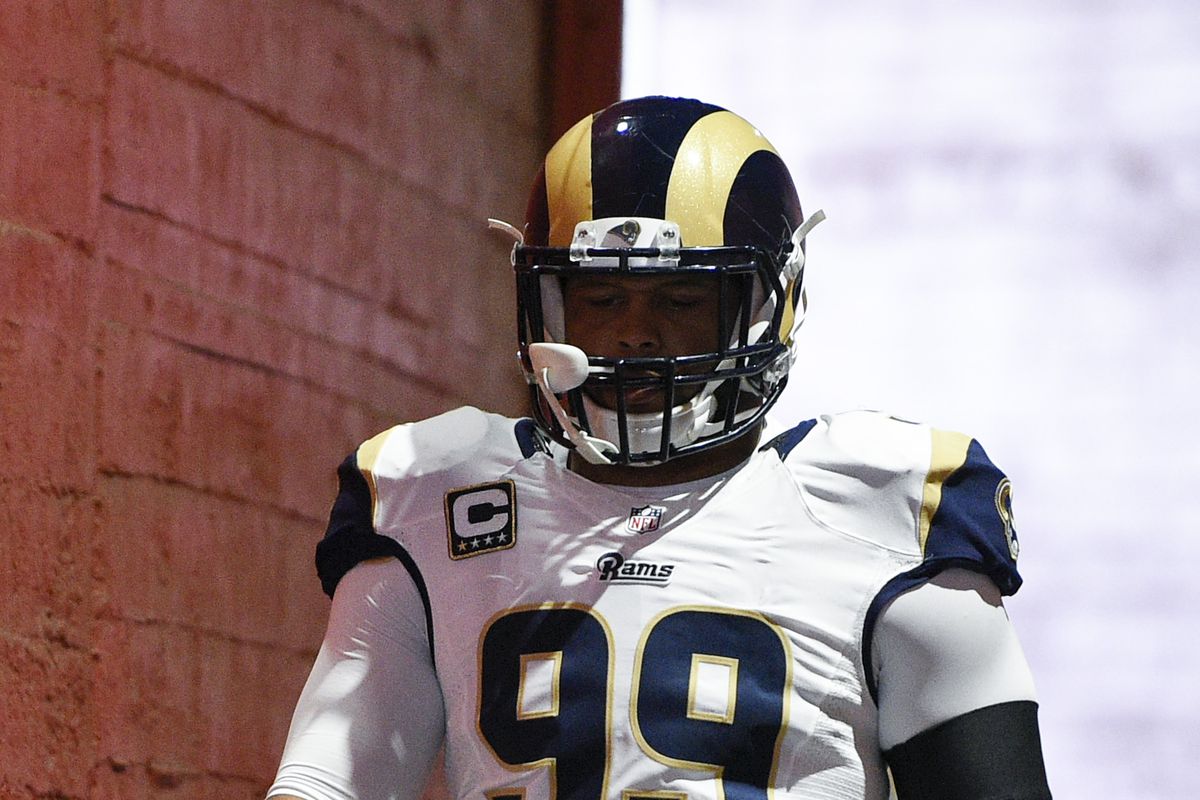 The Rams are set to start their mandatory mini-camp tomorrow and according to Steve Wyche of the NFL Network, the Rams are reportedly “unsure” if their best player Aaron Donald will be present.

Obviously, if you have been following, the Donald and Rams saga is based off the crossroads of a contract extension. It makes sense for Donald who, of course, wants to be paid as he is still on his rookie deal, but offering elite level production. It’s not as easy as it seems however, Donald is projected to be the highest paid defensive lineman and the Rams are already caught in the crossfire trying to decide whether or not they want to extend franchise tagged cornerback Trumaine Johnson.

Now, the question is this, is Aaron Donald right to skip mini-camp? I would actually say no, I was all for him skipping OTA’s since it is not a mandatory team event, but he should be at mini-camp in my opinion. Even if you disagree, there is a player that was in the same situation as him. Odell Beckham Jr. who has decided to return to his team, but made it known he wants a contract extension. As long as the Rams continue to work on an extension with Donald, I see no reason that Donald should hold out.

With that being said it hasn’t been confirmed that he will or he won’t, but the feeling now or at least the feeling I get, is that the Rams star defensive lineman will skip mini-camp. Regardless of the outcome the Rams need to get Donald locked up for the foreseeable future sooner rather than later.

What are your thoughts Rams fans? Let us know below!

ESPN: Jared Goff Will Take Biggest Leap Among QBs in 2017