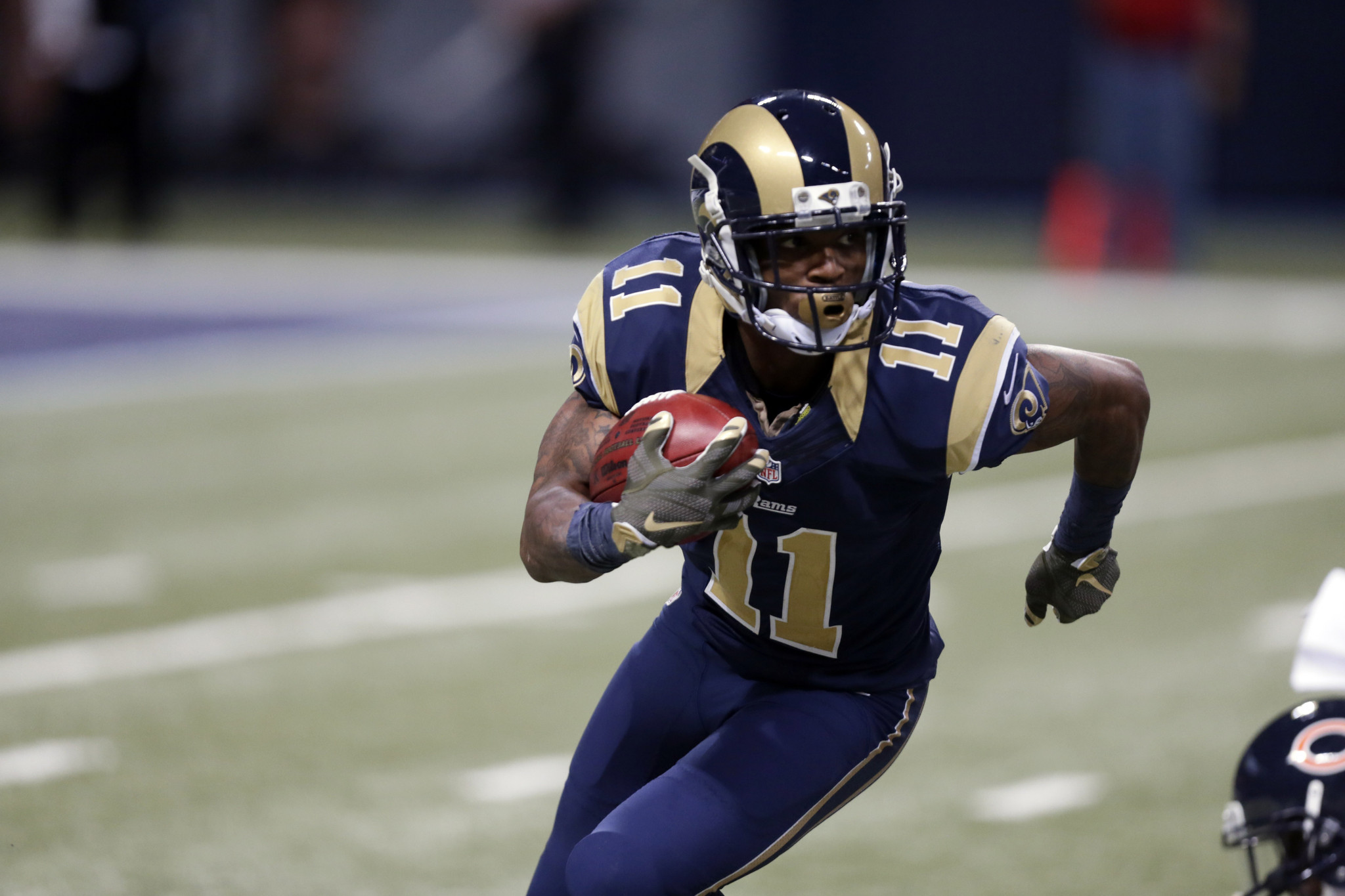 Last season the Los Angeles Rams made the announcement that they were extending Tavon Austin to a four year, $42-million extension. After Austin 10 touchdown year that also included 1,175 all-purpose yards, an extension made sense.

However, an extension of that amount? Maybe not so much. Austin has alway been compared to slot guys like Percy Harvin. Marvin’s big contract came in 2013 when he signed a 6-year, $67-million deal. That contract turned out to be a mistake as well given that he was traded to the Jets one year later.

Both the Austin and Harvin deal are comparable and both have turned out to be mistakes. As dynamic as Austin is he is limited as a receiver. Since being drafted in 2013, Austin has never broke the 600 yard mark as a wide-out.

Even Percy Harvin had four straight 650+ yard seasons before signing his lucrative contract including 967 yards in 2011.

To say the least, as the 12th highest paid receiver in the NFL in 2017, Tavon Austin signed a deal that he simply is not worth. Putting it lightly, the Rams overpaid the gadget-receiver.

Earlier last week, the New England Patriots extended Julian Edelman and will pay him $15.5-million over the next three years while Austin will make $15-million this year alone.

The Patriots time and time again show that they can keep players for cheaper or that player can walk. There is no doubt had Edelman demanded $10-million a year that they would have moved on.They are a team with Brandin Cooks, Rob Gronkowski, and Dwayne Allen as other offensive threats.

This is the difference between the Patriots and the rest of the league, especially the Rams.

Despite being paid $15-million fans are still asking Austin to prove himself. For a receiver that signed a contract to the extent of what the fifth year wide-out signed last season, that shouldn’t be the case.

Along with the Trumaine Johnson franchise tag and Robert Quinn’s contract, Tavon Austin’s deal adds to a list of bad contracts from Les Snead that has hampered the team. With less lucrative deals, the Rams may be able to afford Jeremy Maclin or Eric Decker. They may be able to extend Aaron Donald who is the league’s best non-offensive player.

Head coach Jeff Fisher was thrown under the bus last season, much because he was blamed for the personnel choices. However, Snead is the one who deals with the contracts, With contracts like Austin’s, Snead continues to swing and miss.

There is some hope with McVay that Austin can live up to that contract and put up some numbers as a receiver, but that is still something that he hasn’t shown he can do consistently and why many think and would probably be right by thinking he is overpaid.