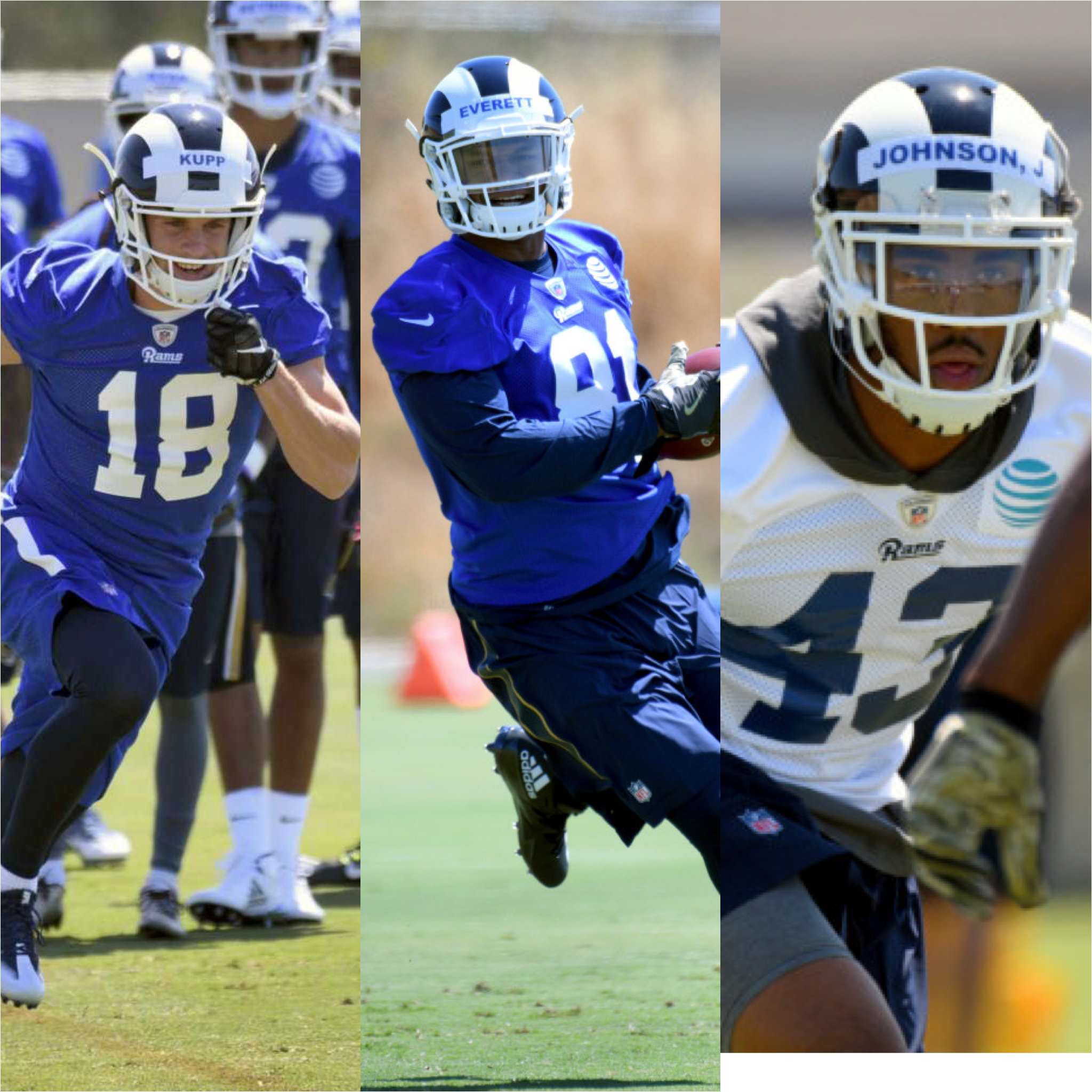 The Los Angeles Rams completed their voluntary OTA’s on Friday, and with the completion the team announced that they’ve signed contracts with the first three of their eight selected choices from the 2017 NFL Draft. Signing deals were second round, 44th overall pick tight-end Gerald Everett of South Alabama, third round, 69th overall pick wide-receiver,Cooper Kupp of Eastern Washington, and  91st overall pick safety John Johnson of Boston College. Terms were not yet disclosed, but heading into minicamp, the rookies will have the contract negotiations behind them causing no distractions.

Historically, under the Rams Executive Vice President of Football Operations and Chief Operating Officer Kevin Demoff, the Rams have  always waited until the conclusion of the OTA’s to sign all of their draft picks. Demoff once went on recording stating,“A big focus of our entire program, with an emphasis from coach ex-head coach Jeff Fisher and General Manager Les Snead is on player development and skill development.”

“One of the things that we think is important with that is bringing the rookies in as a group, having them live together as a group, and not having any real differentiation between the first-round pick and the undrafted rookie.

“They’re in the dormitory together. They’re eating meals together. They’re doing things together. And then by the time they all scatter, we’ll sign their contracts. They’ll leave knowing the contract’s done, so they don’t have to worry about that headache when they go on vacation.”

Many players have signed lucrative deals in the past, and have nothing to show for them today. Rams did well in that area, and continue to practice the same process.

The Kids Are Alright: Why the Rams need to pass on WR Eric Decker