The Kids Are Alright: Why the Rams need to pass on WR Eric Decker 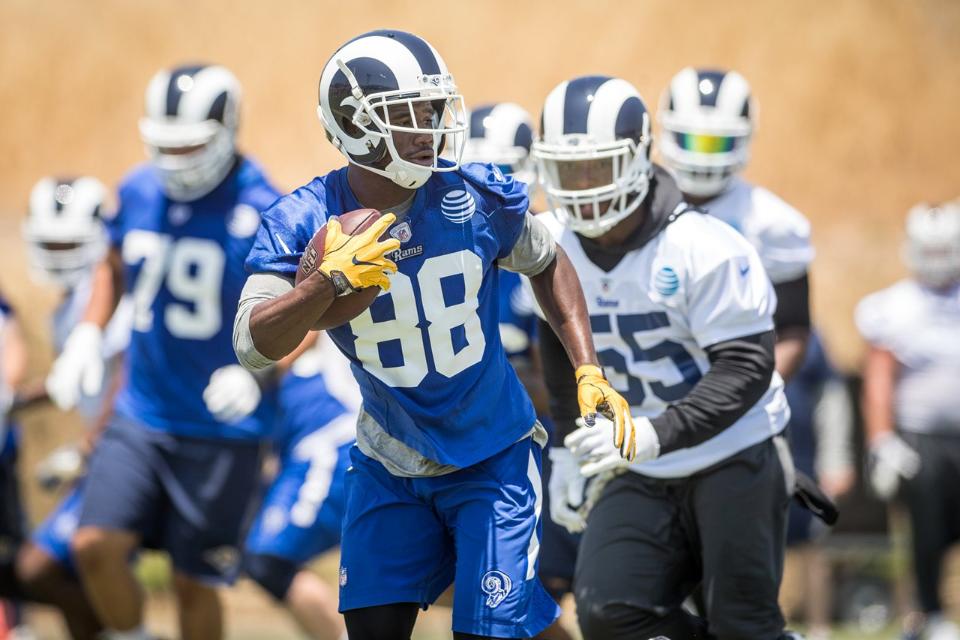 The Rams OTAs have concluded and even though we haven’t seen players in the form they will be in come the regular season, there have been some heads turning over the young talent at the back end of the roster. Despite the young talent, one veteran is favored by Las Vegas betting to become a Ram and that is Eric Decker. Here is why the Rams need to avoid Decker at all costs.

First off, forget about the young talent that bringing in Decker would affect for a second and realize that the Rams are almost $13 million over the salary cap for the 2017-18 season. As of right now they wouldn’t be able to even sign Decker due to that number. So where does that leave the Rams if they wanted to get Decker? Well, they would likely have to reshape their personnel they put in place for the 2017 campaign which would likely mean releasing a contract like Rodger Saffold or even restructuring a contract like Tavon Austin that would take away the option to cut him after the year and save money if he indeed didn’t work out.

Second, the Rams have the young talent on both the back end of the depth chart and the top of it that would be affected in my opinion, negatively. Think about it for a second, Mike Thomas, Paul McRoberts and Nelson Spruce who have received rave reviews at OTAs are not guarantees to make the 53-man roster by any stretch at the moment. You throw in Eric Decker and they now have virtually no chance. Now, think about it, at the top with Cooper Kupp, Josh Reynolds and Pharoh Cooper you are now limiting serious reps for the veteran Decker. So, someone like Kupp who is an older receiver and is arguably the most polished coming out of the draft, now has to sit behind Decker, Tavon Austin and Robert Woods?

Lastly, Decker is a veteran coming off a hip injury. He is not a transcendent player that you make room for and you risk stepping on others toes. This isn’t like getting Brandon Marshall, who came from the same team… I don’t hate Decker, but he is coming off an injury and he’s going to cost money to make fans roll their eyes. As much as you like Decker, would you seriously want to part with Rodger Saffold and another player or two to rent him for one year? The answer should be no.

In conclusion, signing Decker would cause the Rams to make serious personnel adjustments and possibly release a starter or two to free up space, quite possibly give the bottom of the depth chart zero chance to make the 53-man roster, quite possibly hurt the development of players like Cooper Kupp who is ready to play right now, and who would seemingly have to take a backseat to Decker. The Rams aren’t in position to win now. They are going to try to obviously, and if they win a ton of games it’s not to say they aren’t trying, but you can’t classify this as a team that has to make a risky shake up to find ways to win football games now while sacrificing some future and long term assets in the process.

What are your thoughts Rams fans? Let us know!