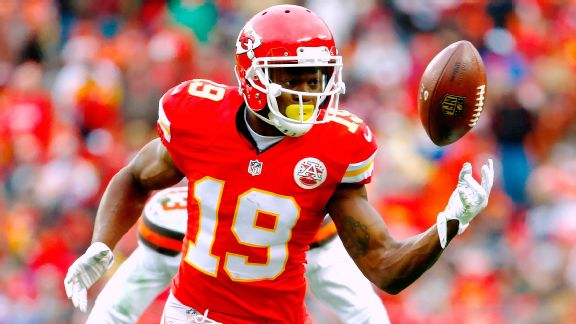 At just 29 years of age, Maclin is still in his prime making him a top target for teams still in need of a veteran wide receiver. According to Dan Graziano, the Los Angeles Rams could be one of those teams.

Here’s what Graziano had to say:

“They signed Robert Woods away from Buffalo and still have 2013 first-rounder Tavon Austin. They drafted wide receivers in the third and fourth rounds of this year’s draft and sound high on third-rounder Cooper Kupp. But that doesn’t mean they shouldn’t look to add a veteran. If they can afford him, Maclin would be the best receiver on their roster.”

Nick Shook of NFL.com also tabbed the Rams as a potential landing spot for Maclin,

“The Rams drafted Cooper Kupp and practically threw a parade for the homecoming of Robert Woods, but Maclin would be an upgrade over both. With Tavon Austin being the lone notable name not previously mentioned, and the Rams coming off a season that included Kenny Britt and Brian Quick as two of their most reliable targets, Maclin would be a major boost for second-year quarterback Jared Goff. The Rams are another team, though, that would need some cap magic to work this potential signing.”

This is generally what I said in my article yesterday saying that the Rams should go after Maclin. Scheme-wise, it makes sense. Talent-wise, it obviously makes sense. Maclin is an efficient wide receiver that only dropped 12% of catchable passes last season.

For a team that is looking to get more production and improvement from quarterback Jared Goff, Maclin is just the type of receiver that they should be targeting. He would immediately be the best receiver on the roster and would be someone the younger receivers could look up to.

Where signing Maclin gets tricky is the financials like Shook says. The Rams simply don’t have the cap-space right now. If they maneuvered some contracts such as Tavon Austin or Robert Quinn, they may be able to make it happen. However, before releasing the wide receiver the only team that had fewer cap space than the Chiefs, was and is the Rams.

If general manager Les Snead can work some magic and make it happen there is no question that the fit and need is there. However, as it now stands, that’s a big if.

Ranking the entire Rams 90-man roster from 90-to-1