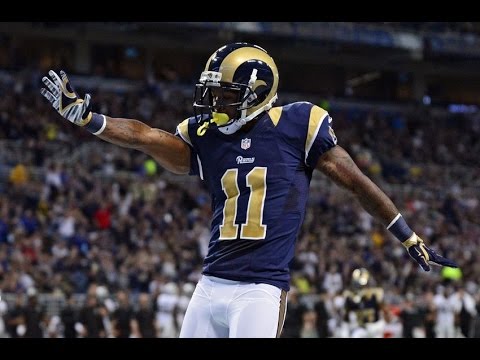 There hasn’t been a lot to talk about when it comes to Rams OTA’s and training camp. Unlike last season when a lot of buzz surrounded number one overall pick, Jared Goff, HBO’s Hard Knocks, and what Todd Gurley would do in his sophomore season, 2017 doesn’t bring as many story lines.

However, one thing that fans have been talking about is Sean McVay’s offense, and for good reason. At this point, nobody really knows what the offense is going to look like. That’s especially the case considering the Rams will for the most part, have an entirely different receiving corps outside of Tavon Austin.

While bringing in Robert Woods and Cooper Kupp, it’s hard to see where Austin fits in the offense. Woods will play the outside and Kupp is seen more as a slot guy as well, which is where Austin has played the majority of his career.

That’s not to say Kupp can’t play on the outside, but his skill set fits more of a slot receiver, and no that’s not because he’s white.

It’s because of Kupp’s predicted slot position that many have Austin playing on the outside and why some think that the speedy 5’8 receiver could take on a Desean Jackson-like role in McVay’s offense.

However, that’s simply not the case. Playing Austin in a Desean Jackson-like role would be taking the Rams receiver away from what he does best. It would be using Austin in a skillset that he simply doesn’t fit.

Austin has always been that gadget type of receiver. According to ProFootballFocus, Austin’s average depth per target was just 7.7 yards last year.

Deep threat Sammy Coats’ average was 21.6 while the NFL average is 11.5. McVay would essentially be using Tavon in the exact opposite role that he’s been used throughout his career. One would think that an offensive minded coach like McVay would know that.

Throughout his career, the former first round pick has just 18 receptions that went for 20 or more yards and 5 that went for 40 or more. To put that in comparison, Jackson matched those numbers in 2016 alone.

Now, granted Austin has been dealing with Case Keenum for much of his career. It’s no argument that Kirk Cousins and Keenum are on two different levels, but Jeff Fisher did try using Austin on the outside from time to time with little success.

In order to use a playmaker like Austin, the Rams have always used him to fit his skillset. It’s why in 2015, Austin lead all wide receivers with 51 carries and had just 29 more receiving yards than rushing yards. In fact since being drafted, Austin leads all receivers with 125 rushing attempts.

Even in his days at West Virginia with one of the best college quarterbacks in Geno Smith, Austin was used as a gadget guy lining up as a running back and getting his fill of jet sweeps.

In his senior year as a wide receiver, Austin got 72 carries. That was just three less than the number two running back Shawne Alston.

If the Rams want their own Desean Jackson, style wise, Josh Reynolds fits more of the that mold while Woods and Kupp fit more of the Pierre Garcon type player. At best Austin fits more of the Jamison Crowder mold, but even Crowder is more physical and has six pounds on Austin according to ESPN.com.

According to NFL.com’s draft profile, Reynolds “is a dangerous vertical threat thanks to his ball tracking and ball skills over eye-popping deep speed.”

That’s the type of player that Desean Jackson has been throughout his career. That’s not to say Reynolds will be Jackson, but his skillset fits Jackson a lot more than Austin’s does.

Austin has the speed, but he simply doesn’t have the size or have a broad enough route tree to play outside the numbers consistently in the NFL like Jackson. That’s not to say he won’t have a role in the Rams’ offense.

Sean McVay is an offensive minded coach, and if one thing is for certain, he’ll find a way to get the ball in the hands of the player who has been the Rams’ best playmaker over the last 3 years.