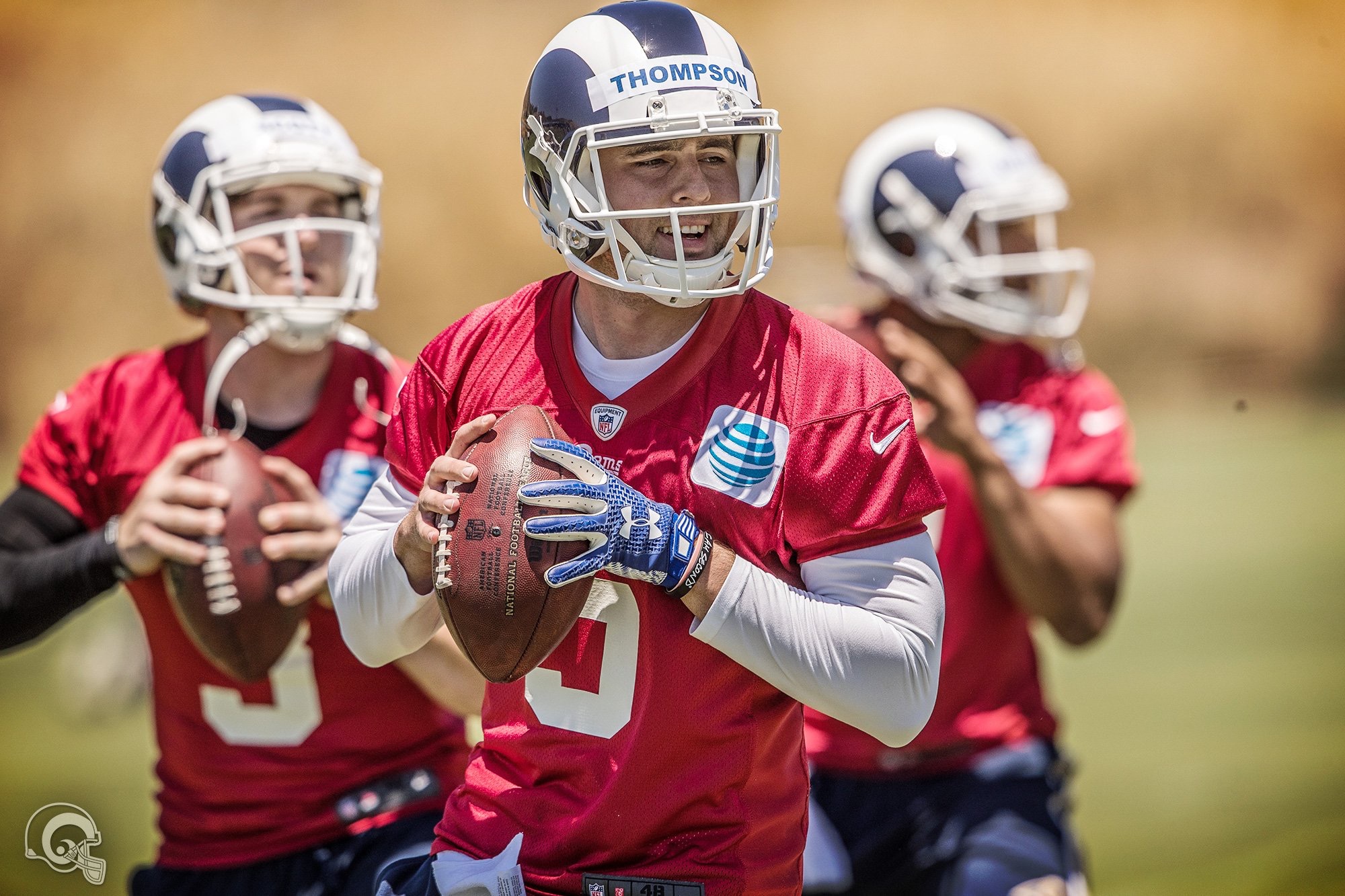 The Los Angeles Rams has signed yet another quarterback, to the team roster. For the second consecutive season, Dylan Thompson has signed with the Rams after going undrafted in the 2015 NFL Draft. Thompson initially signed with the San Francisco 49ers as UDFA but was cut while the 49ers needed to get down to a 75-man roster.

Thompson is the third quarterback to be signed by the Rams in as of many weeks. The Rams signed undrafted free agent quarterback Matt Davis, who played at SMU and released former University of Georgia quarterback Aaron Murray, who was signed earlier this spring.

In order to make roster spot available, the Rams waived running back De’Mard Llorens. Llorens made the 90-man roster after being brought in for a tryout after not being drafted from playing at Northwestern State.