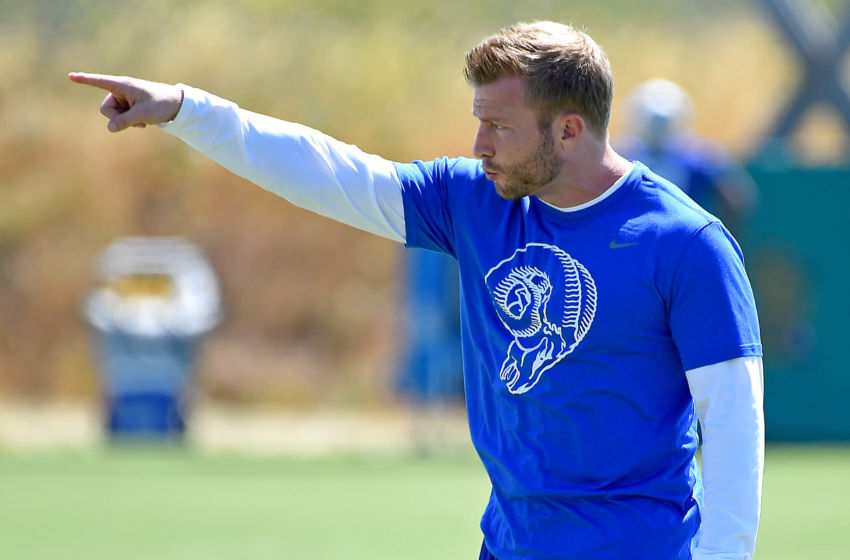 Everyone loves speculating on who will be hot or not in the new year, but I found only one name to be necessary as the breakout player in the Rams offense.

Which Ram will be the biggest breakout player in 2017? It’s kind of hard right? I mean, there are plenty of options and ways this question can be answered, but believe it or not I am not thinking about Jared Goff, Todd Gurley, Tavon Austin or even any of the offensive linemen. Before we even answer this question, it’s important to identify the entire question. What is the definition of a breakout player? Is it a player that just was the best overall or does it have something to do with coming out of nowhere? I would go with the second one and that’s why players like Goff and Gurley are excluded from contention. Goff is a former No.1 overall pick and I think he is going to have a great season as well as Gurley, but this player I’m about to list pretty much will be the reason for an offense so in sync.

If you guessed him you are right! It’s the 69th overall pick in the 2017 NFL draft Cooper Kupp. That’s right, I believe the rookie receiver is about to breakout in a way the Rams haven’t seen a rookie receiver do it since Torry Holt. Book it. I guarantee it. Kupp is not your stereotypical rookie receiver, he’s one of those players that comes in and makes everyone turn their head. If you are a fan of our Downtown Rams podcast, you probably know that Joe Curley was a guest recently on the show and mentioned that he heard someone during mini-camp say “Cooper Kupp might already be the best receiver on the Rams roster”. This isn’t a hogwash claim folks, this is a coaching staff that knows what coaching truly means and clearly identifies Kupp as a star or at least a potential star at the next level. 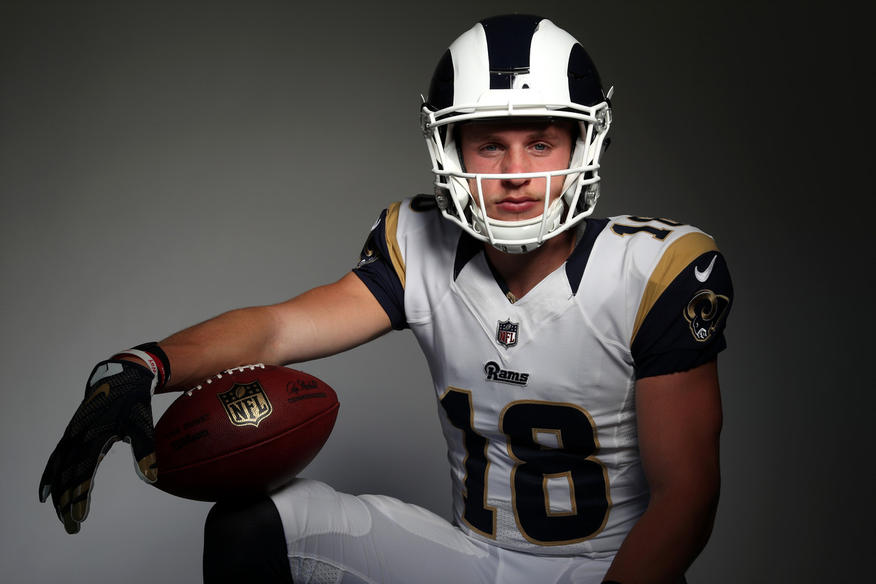 Since Kupp was drafted we have learned that Kupp had a fan outside of the front office of the Rams and that was none other than starting signal-caller Jared Goff who was fighting for him to become a Ram according to Bleacher Report’s Matt Miller. So right off the bat we know that the front office was thrilled to steal quite possibly the most NFL-ready receiver in the draft and the franchise’s QB was even banging the table for this kid. That’s a good sign of things to come, because Kupp does all of the little things, but he does them very well. He lacks the top-of-the-line break-neck speed that a guy like John Ross possesses, but he is almost always open on film and that is the tale of the tape. What does he do? Is he cheating? No, he is just so much more advanced than the average third-round receiver in the way he gains separation off his route running precision.

So, with all of this being said I know what you are thinking. How on earth do you call Kupp a breakout candidate if everyone seems to know who he is? I’m glad you are wondering to be completely honest, because I believe even though Kupp is known he is going to be a rookie of the year candidate and breakout in his own way. Everyone says the QB’s security blanket is his tight end (which they drafted three for Goff in just a span of two years) but we are seeing how players like Julian Edelman, Taylor Gabriel, Adam Thielen, Jamison Crowder and others are being used as their quarterback go-to security blanket and they are receivers. Kupp is going to be real gold for Goff who is in need of help to turnaround a rough start to his career. The Rams lost more than 50% of their total passing offense via free agency, but players like Kupp are going to patch up that hole instantly.

Many believe that Kupp is limited as just a pure slot receiver because his long speed isn’t all that great, but I hate to break it to you Kupp is a player that will be utilized all over the field and used well. I’m expecting Kupp to be a lot like a healthy (emphasize healthy) Keenan Allen. We all know Allen would have been a first round talent if it weren’t for his poor forty-yard dash, but he ended up falling into the second day and made teams pay for passing on him (when healthy of course). Kupp is seemingly about to do the same thing and there is a good reason why players like Steve Smith who played the position and played it well, identify Kupp as the top receiver from day one in this class. Sure, maybe Kupp isn’t a giant target like Mike Williams and can’t run a 4.22 forty like John Ross, but it won’t matter for Kupp being able to understand, process and play the game the way he does. There aren’t many mature receivers like Kupp.

Everyone says all receivers are divas, but not Kupp. He’s just coming to a Los Angeles near you to play some football and break out in the biggest way possible. The Rams have themselves a treat at receiver and Goff has no idea the type of help he will be receiving from Kupp. Goff as a whole has a bunch of help he is going to enjoy from the likes of Robert Woods, Gerald Everett, year two Tyler Higbee and possibly improved Mike Thomas. However, Kupp is going to be the biggest breakout star for the Rams in 2017.

What are your thoughts Rams fans? Who is going to be your biggest breakout for the Rams? Let us know down below!