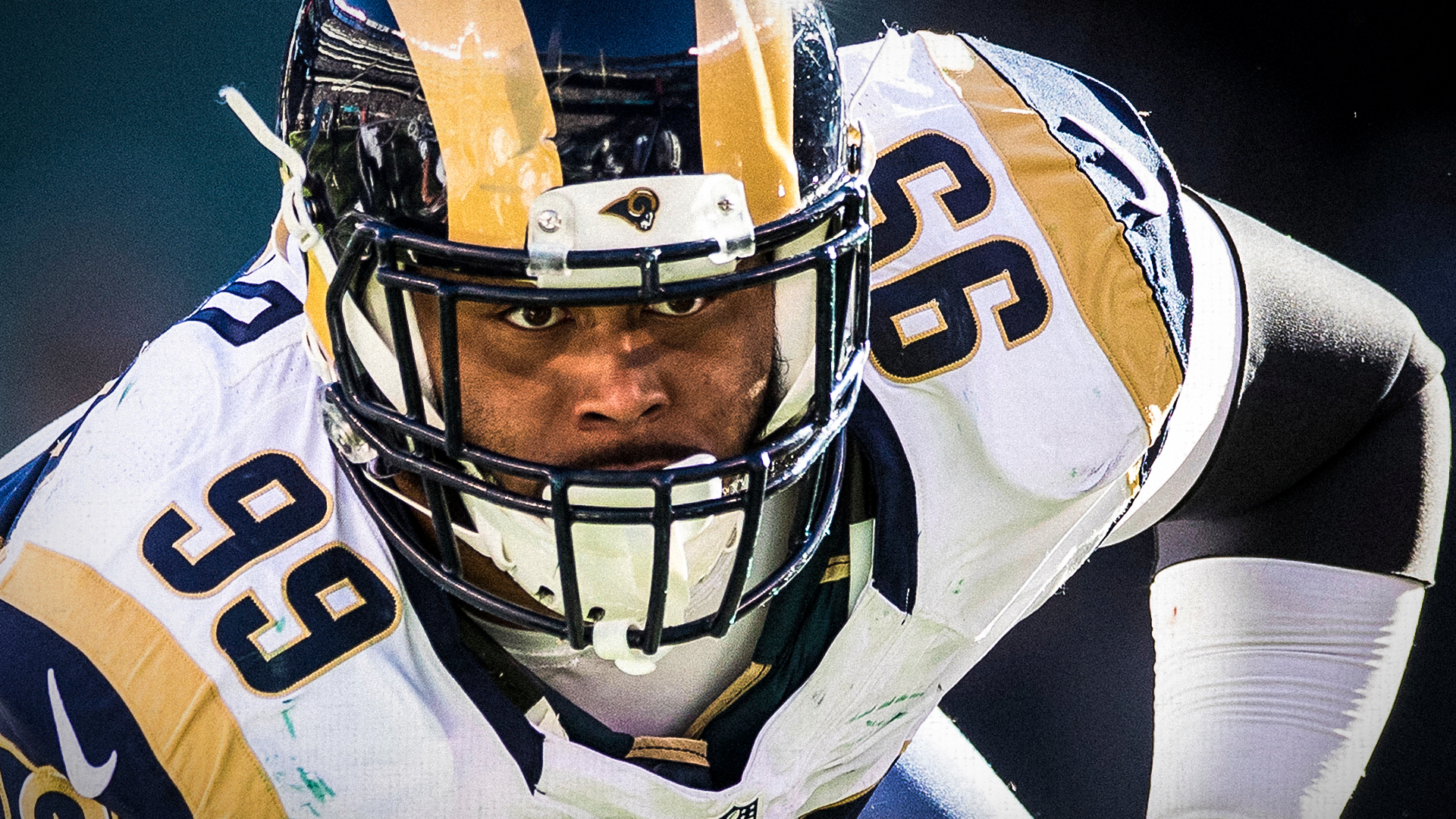 The first day of Rams OTAs is in the books, but the fact the Rams were on the field all together for the first time including all of the rookies wasn’t the big headline however. It actually was the Rams elite interior defensive lineman Aaron Donald who was a no-show at OTAs.

Donald appears to be holding out of OTAs with an impending contract negotiation under way. The Rams picked up Donald’s fifth-year option, but it appears as though Donald has no interest in playing under that, and wants to be signed long-term. Can you really blame the player that was passed on by 12 teams including the one that picked him in the first round because of his undersized label? Donald was passed on for the likes of Jadeveon Clowney, Blake Bortles, Greg Robinson, Anthony Barr, Khalil Mack, Eric Ebron and Odell Beckham Jr. Donald has proven everyone who passed up on him wrong and now it’s time for him to receive that contract extension that is ever-so-rewarding for a transcendent player like Donald.

When asked about why Donald missed OTAs, Sean McVay said it was an internal and non-injury related matter. Les Snead finally came out and told us all just what we speculated originally as soon as we heard  the news. Donald and the Rams were in serious contract negotiations. It remains to be seen how long the Rams versus Donald saga goes on til, but he did mention them being in ‘serious’ discussions.

Some fans and analysts have actually pitched the idea of trading Aaron Donald, but that is just incomprehensible for me to even pay much attention to. Donald, in my honest opinion, could retire as the greatest defensive lineman of all time. He just is unblock-able, he has a nonstop motor, passion, love for the game and he is an excellent character on and off the field. Any team would be lucky to call Donald their face of the franchise and the lucky team happens to be the Rams.

It may or may not be fair to say, but this team needs to get a deal done with Donald because they haven’t been able to do that in the past with the majority of their better players, most notably: Janoris Jenkins, Rodney McLeod and Trumaine Johnson. It doesn’t matter now what has happened in the past, all that matters is that the Rams give Donald his contract as soon as possible.

The Rams drafted Aaron Donald with their second of two picks in the first round of the 2014 NFL draft. Ever since then Donald has been a godsend for a struggling franchise. Donald has accumulated 164 tackles, 28 sacks and four forced fumbles at defensive tackle. He has picked up accolades such as Defensive Rookie of the Year, three Pro Bowls and was even named two first-team All-Pro. All while playing on a four-year, 10.13 million dollar rookie contract. The Rams have definitely received their bang for their buck and now it is time to pay back Donald.

It’s important to first realize Donald has not missed an NFL game yet, he averages more than a half of a sack per game, two and a half solo tackles per game, almost three stops per game and and three quarterback pressures a game. Spotrac puts his market value at 6 years. $109,903,154 million which averages out at $18,317,192 annually. Now take a look at how Donald stacks up against top notch peers.

Obviously these numbers shouldn’t surprise anyone who has seen Donald in action. According to Spotrac, Donald is projected to become the second highest paid defensive lineman in all of football only behind Ndamukong Suh. Now, in my honest and humble opinion, I think Spotrac is going to be wrong. Aaron Donald will sign a contract in some capacity that will make him the highest paid defensive lineman in the NFL.

What are your thoughts Rams fans? Do you think Donald should be the high paid player at his position? Let us know!