The rookie WR's are exciting, but this is Robert Woods' Hollywood story 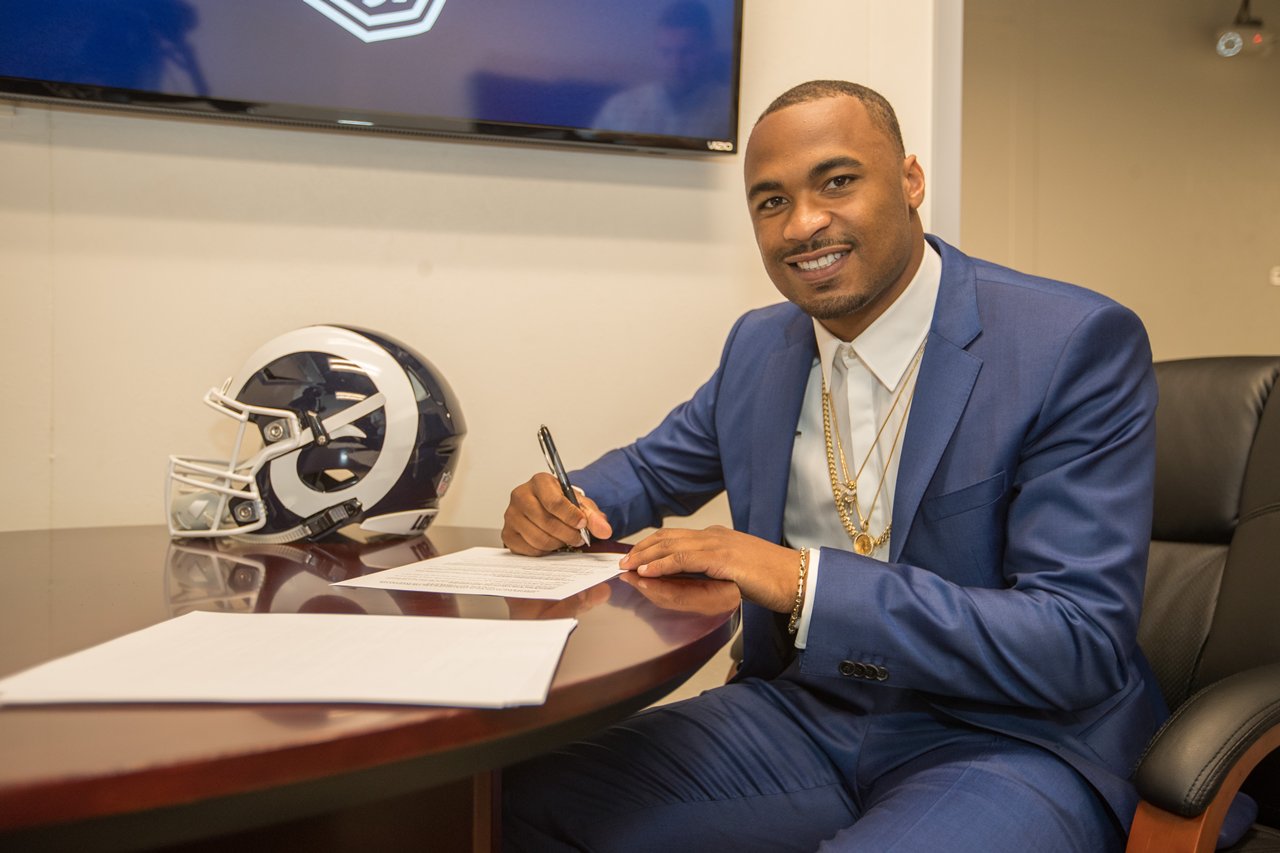 The Rams have been extremely busy this off-season signing multiple free agents and drafting multiple impact players. The one player that seems like he’s primed to breakout is former Buffalo Bills wide receiver Robert Woods.

Woods is a former University of Southern California Trojan. He played at a coliseum in college and was a fan favorite among many of USC fans. Back when he was selected in the second round of the 2013 NFL draft, only USC were the only ones to play in the coliseum. Things have changed since then and now the Rams find themselves playing in the coliseum just where Woods showed out for the Trojan faithful.

The honeymoon in the coliseum won’t last much longer as it’s only until the Rams Inglewood stadium is completely built. However, it’s going to be exciting and a memorable time for the Rams and their franchise’s history. Woods actually had a chance to play at coliseum again last season with the Bills. He felt as though it was the last time he would ever step foot in the old home of his, but that wasn’t the case.

Woods ended up signing on with the new era in Los Angeles Rams football and agreed to a five-year and 39 million dollar deal with the franchise. Now, with two years left on the Rams “lease” in the coliseum, Woods is ready to savor every second of his time back home. He is likely going to have the opportunity to play at least 14 games there and possibly more depending on what kind of team the Rams are throw the 2017-2018 season and the 2018-2019 season. Obviously, it is an exciting moment for Woods who just signed a nice long term contract at the age of 25. 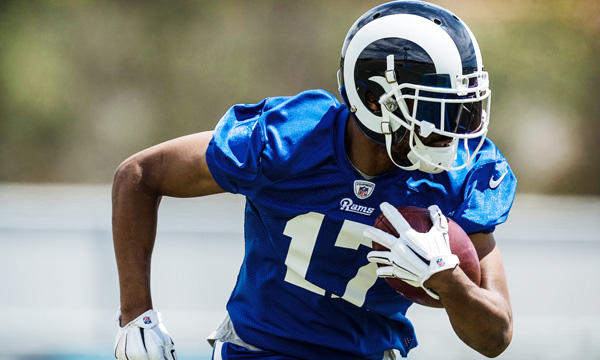 So what does Woods bring to the table? Well, for starters, he is a great route runner which is something the Rams have definitely lacked or at least seem to have lacked with the lack of separation play in and play out. Woods doesn’t just run crisp routes, but he also has the best catch percentage on the Rams roster as of right now. Woods doesn’t drop a ton of passes and that will be a breath of fresh air for Rams fans that were shaking their hand and rolling their eyes over the lack of help rookie quarterback Jared Goff would receive from his receivers. Woods’ game doesn’t end there, he shows off the vertical leaping ability to make the play and on top of that he is excels as a ball-tracker, plus he is willing to take hits over the middle and make the tough catches to extend the drive.

Goff is in need of a spark or at least replacements for two receivers that (whether you like them or not) made up of almost half of the on-field offensive production last year for an offense that was a last place offense as well. Woods can now come in and be the number one receiver for Goff. I believe Woods is likely to be a perfect match for new head coach Sean McVay’s offense. Goff may not have his 6-foot-3 and 220 pounds receiver in Kenny Britt any longer, but make no mistake Woods has been waiting for his chance to prove everyone he can be a number one receiver and he’s definitely not a player to throw away and take lightly.

Why do I find myself so confident in Woods? Well, for starters, the negativity against him is his lack of production in Buffalo. Well, how is any receiver supposed to do anything when all their team does is run the football? The Bills ran the ball 492 times last year which was second in the entire league only behind the Dallas Cowboys. How about the offense though? Oh, no big deal, they just threw the lowest amount of attempts at 474 in the entire league. In 2015, the Bills finished second in the entire league again in carries and second to last in the league in pass attempts. The Bills threw more before Rex Ryan came to town (Woods had 699 yards at age 22), but still, Woods was not given enough of an opportunity to really show what he was made of even with the upside he showed early on.

While in Buffalo, it’s safe to say Woods wasn’t around any teachers of the offensive side of the ball like he will be with the Rams. Woods is set up for success. With a head coach that is debuting this season as the hottest offensive coordinator after Kyle Shanahan last year, and an offensive coordinator that was the quarterbacks coach under that same Shanahan. There is a good chance Woods is about to take his game to the next level.

Goff is going into his second year and the Rams have added a whole new group of toys to play with. The rookie wide receivers in Cooper Kupp and Josh Reynolds offer some excitement, but the fun factor is going to be watching how well Woods translates his game. We have seen players who were phased out or not utilized as much on their first team really turn it around with big performances on their next team. Emmanuel Sanders left the Pittsburgh Steelers in free agency at age 26 as a 740 yard max receiver (that is not to say he couldn’t have had more) he then went to the Denver Broncos and has been a back-to-back-to-back 1,000 yard receiver ever since.

Woods was not in an offense that suited him and between the idea of coming back home where he played college football, coming to where he will be with coaches that understand offense, coming to a place that has a young quarterback that he can grow with and coming to a place that offered him long term security and a system to succeed in…It’s easy to see Woods as the breakout star the Rams have been looking for. Sanders turned his 740 yard career high into legit pro bowl numbers that are well over 1,000 for the past three seasons, Woods has a career high of 699 yards receiving and is younger than Sanders was when he moved on.

Cooper Kupp is going to be a treat for Rams fans to watch starting alongside Woods, but make no mistake about it, Woods came out to make history and make a Hollywood story we won’t forget.