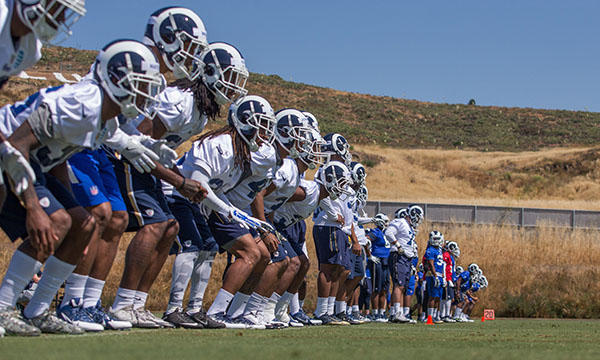 Three undrafted Rams mini-camp invitees, proved to the world that no matter where you play, your talent would be found. Yesterday, news out of the Ram headquarters, that the team offered contracts to Northwestern University running back De’Mard Llorens and wide-receiver/return specialist Shakeir Ryan, to the 90-man 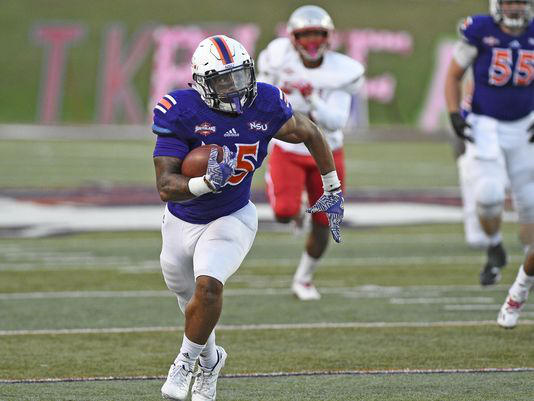 The coaching staff were really impressed with the two former Northwestern teammates speed, as Ryan clocked a 4.34 and Llorens posting a 4.43 in the 40 yard dash at Northwestern’s pro-day. At 5-foot-9-inches and 213 pounds, Lloren also posted a 41-inch vertical and 10-feet-7-inches in the broad jump, setting Northwestern records. 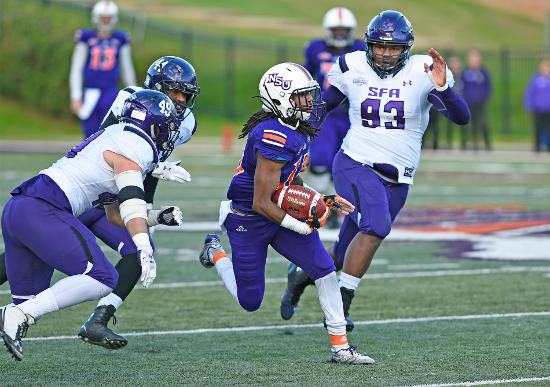 After briefly studying the two Northwestern players, the first thing that sticks out, are tremendously how the two can get up the field with first steps and juke moves. However, Ryan on the other hand, is a fearless player whether he’s crossing the middle as a receiver or fielding punts and not shying away from fair catches. 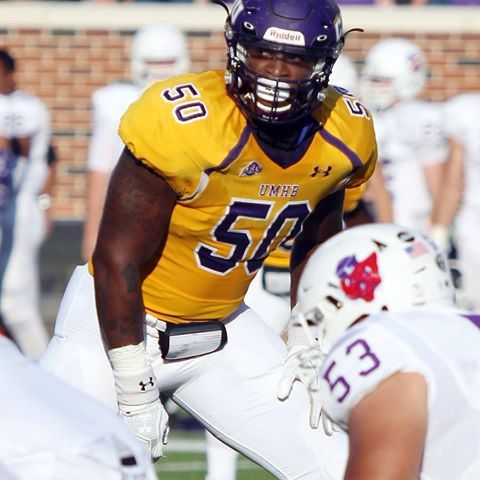 The Rams would add another linebacker into the mix, also offering a contract to University of Mary Hardin-Baylor’s outside linebacker Teidrick Smith.

The down play of Smith is he don’t posses the ideal size of the prototype edge rusher at the NFL level as others such as Baltimore Ravens, Elvis Dumervil has proven analyst wrong about size. However, he has a arsenal of pass rushing moves that he can bring to the next level. He doesn’t give up on plays and his motor runs hot all the time. With his ferocity and his knack for getting to the backfield, don’t be amazed if he crack the Rams 53-man roster this season.

To make room for the three players, the Rams released offensive lineman from New Mexico State, Anthony McMeans and Jared Collins defensive back from Arkansas.