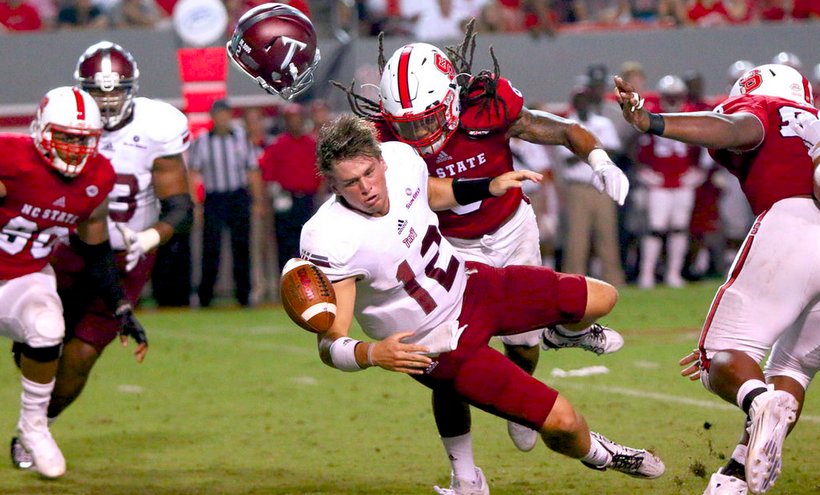 One of my favorite UDFA’s that was worth me taking a second look, is Dravious Wright, defensive back from North Carolina State University. Nicknamed as the “Cement Truck”, you can understand how he attained the name, by viewing the video clip of his a thunderous hit on Brandon Silver, the quarterback of Troy University. The hit was so brutal of him knocking off Silver’s helmet, caused the fumble and recovered, that it was featured on every sports channel possible on the media circuits. (See video clip Below) 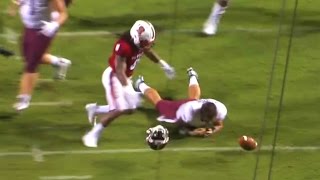 Wright, is a 5-foot-9-inch and 205 pound defensive back, who is a very interesting player to cover. His height is of the frame of current Rams defensive back LaMarcus Joyner, and he hits like current Rams line-backer Mark Barron. Below, if you view his full length highlight film, you will be amazed with the impact of his power as he knocks out Clemson’s University 220 pound running back Wayne Gallman. 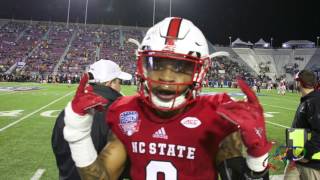 His senior season stats were quite amazing, as he was primarily used as a nickel-corner or safety. He would register, 64 tackles (36 unassisted), five pass deflections, two fumble recoveries, and four forced fumbles. His ability as the slot-corner, he is dangerous as a blitzer, has the ability to disrupt quarterbacks timing or creating sacks. What also stuck out the most from me of Wright, was his coverage ability on kicks. As a gunner, he was able to make tackles or cause the returners to signal fair catches 80% of punt return opportunities.

Now here we go again with another defensive back being brought into a highly talented and hostile defensive backfield. Yesterday, the Rams released former UCLA defensive back Ishmael Adams, which potentially gives Wright a few more opportunities on the field, but if wont’s to make this team, it will most definitely will be as a special team player.

My expectation for Wright to stick and around and be afforded the opportunity to make this roster of this talented defensive core, it is very hard to determine especially after the announcement of Adams release. As Rams fan will have to continue to hold their breath, only early September will tell when they can exhale to breathe to find out the outcome.