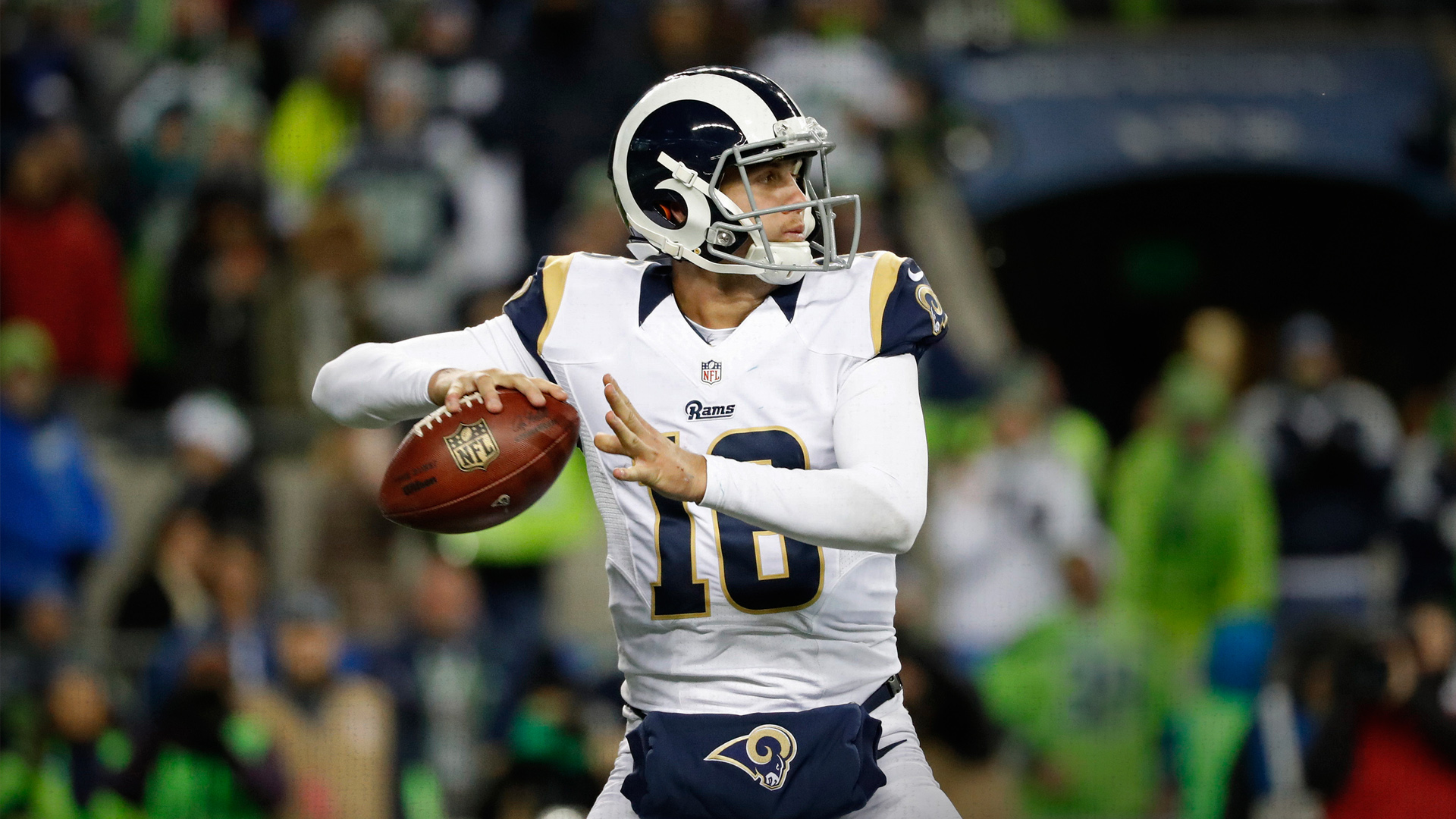 After coming off one of the worst rookie seasons in recent memory, Rams hopeful franchise QB Jared Goff is looking to erase any doubt in himself being the future. He apparently appears to be off to a great start from the way the coaches have talked about him.

The Rams brought in Matt LaFleur from the Atlanta Falcons to be the offensive coordinator and he didn’t hesitate to absolutely gush about his new QB.

“Goff’s been awesome man. He wants to be great. He’s done everything we’ve asked of him. He’s coming in early. He’s staying late.”

Just want you want to hear early on in camp. Goff appears to be doing the dirty work and it’s looking like it could pay off down the road, but for starters he’s leaving a great impression with the new regime. LaFleur, of course, was the QB coach in Atlanta and dealt with last year’s MVP Matt Ryan. This isn’t just about Goff’s offensive coordinator though.

Steve Wyche of NFL.com reported that coaches believed that Goff had “exceeded expectations.” Wyche also went on to talk about how Goff in his first year had noticeable struggles within the language of an NFL playbook and especially had a hard time reading NFL defenses and adjusting at the line of scrimmage. That however appears to be way in the past as he reported that the Rams coaches said “Goff is right on point.”

All of what Wyche was referring to came from veteran mini-camp which was held before the draft. While all that is great, Goff wan’t done making all the right moves and doing all the right things. Rookie mini-camp started yesterday which excludes veterans, making it non-mandatory to attend. Many veterans use that time during rookie mini-camp as a time to quickly relax again and almost like a quick vacation before OTAs. However, Goff was at rookie mini-camp watching his future teammates and supporting them. Regardless of who says what, Goff showed a tremendous leadership trait in being there to support his rookie teammates. He didn’t have to attend and maybe to some this isn’t a big deal, but the Rams’ third-round pick Cooper Kupp would seem to disagree.

It’s not about how you start, but how you finish. Goff started off his career 0-7 and not a lot to show for being the No.1 overall pick in the 2016 NFL Draft. However, he’s starting to make significant strides towards improvement. The coaches seem to love him and so do the players. Goff is receiving praise and is earning the respect of his teammates. Now, in his second season there is no Case Keenum or Sean Mannion to compete with him. This is Jared Goff’s job and it’s time for him to take what he did at Cal and transfer it over to the NFL gridiron.