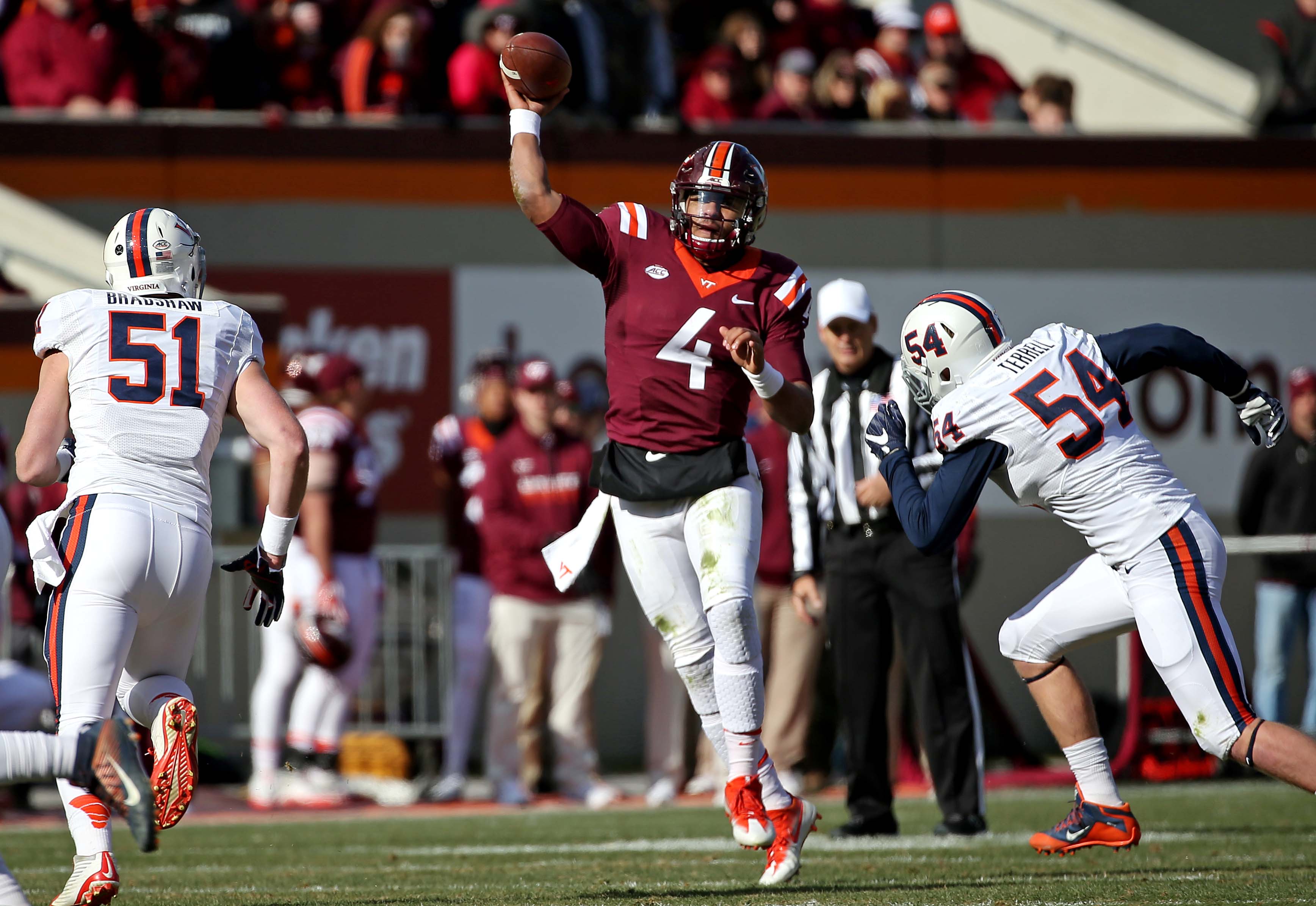 The Rams look to have filled their roster with new draftees and undrafted signees, but there is one player out there that makes a ton of sense for the Rams. His name is a Jerod Evans and he’s one of the best quarterbacks to play for the Virginia Tech Hokies. Here are Evans highlights for good measure… 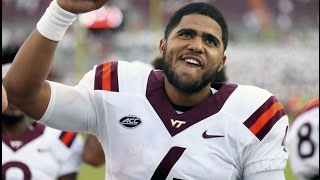 Evans unfortunately did not hear his name called on Thursday, Friday or even Saturday. Now, he is undrafted and will always have that label and will surely lead to a chip on his shoulder. There isn’t a reason for Evans to feel bad however, lots of good football players went undrafted this year and of course we have tons of stories of undrafted free agents that became something in the NFL.

If you have been reading my articles, I believe the Rams could use another arm in camp and Evans would be my target right now. First off, Evans is much too talented to still be a free agent, but secondly, the idea the Rams shouldn’t pick up another QB because of Sean Mannion and Aaron Murray is a little bit of a stretch. We have seen this league become a league where good teams carry multiple quality QB’s. The Packers are a good example as they drafted Brett Hundley to develop behind Aaron Rodgers who is nowhere near retiring, the Patriots drafted Jacoby Brissett behind Tom Brady and Jimmy Garappolo, the Broncos drafted Chad Kelly and signed Kyle Sloter to compete with Trevor Siemian and Paxton Lynch. So there are plenty of teams out there that have proven it, the Rams should be no different.

Evans, is a dual-threat quarterback that has some impressive skills and tons of potential at the position. He’s got good size at 6-foot-3 and 232 pounds and uses his size to his advantage as an aggressive runner. What Evans does on tape is albeit inconsistent at times, but he flashes big time potential. He has the ability to keep his head up and his eyes downfield while scanning all over and looking for the best option. He’s got a great arm and puts NFL-level velocity on his ball. Evans likes to make some real NFL-level throws from time-to-time that just make you go “wow”.

There are reasons why he is somewhat of a project, first off being he has only played in 14 total FBS games, but then again the number two overall selection Mitch Trubisky only played one season for the Tar Heels and that didn’t hold him back. The second reason is based off the fact as much as I like Evans and see the potential there are some inconsistencies in his game, but regardless of that they can definitely be coached up and fixed.

All I know is that this kid is someone that came from community college, went to Virginia Tech and started his first year of real FBS competition. What did he do with that? He completed 63.5 percent of his passes for 3,552 yards, 29 touchdowns and only eight interceptions. He also added 12 rushing touchdowns to his stat sheet, so he is a player that was put into an unfamiliar situation and really made the most of it.

While I believe Evans could have used another year of college to hone his skills which would prove to be unnecessary if he came to an NFL team that could work with him and coach him up. I believe that Evans would be a great fit in Sean McVay’s offense. Evans would have plenty of coaches that could help him mechanically immediately out of the gate. The Rams didn’t grab another quarterback for camp and Evans would be the last chance at this point.

Evans is a good enough passer in the short and intermediate game, flirts NFL-level ball placement, has a good arm, keeps his eyes downfield, has the awareness and the mobility to develop. You cannot teach arm strength and natural instincts which Evans possesses, you can however, teach and coach technique, fundamentals and mechanics. Evans based off potential alone could have been a late day two pick, but now he is undrafted and available for the taking. We watched as Vernon Adams last year ended up going to the CFL. Evans is right up there many of the QB’s in this draft and should be on an NFL roster.

Will the Rams take a chance on him? That remains to be seen, but with no real developmental option behind Jared Goff, I don’t think you can just let Evans go off the market for a bargain. The Rams really only met with two quarterbacks before the draft in Davis Webb of California and Wes Lunt of Illinois, but still, that interest in QB’s could be enough to warrant kicking tires on the former Hokie QB.

What are your thoughts Rams fans? Do you think the Rams should give Jerod Evans a shot? Let us know!