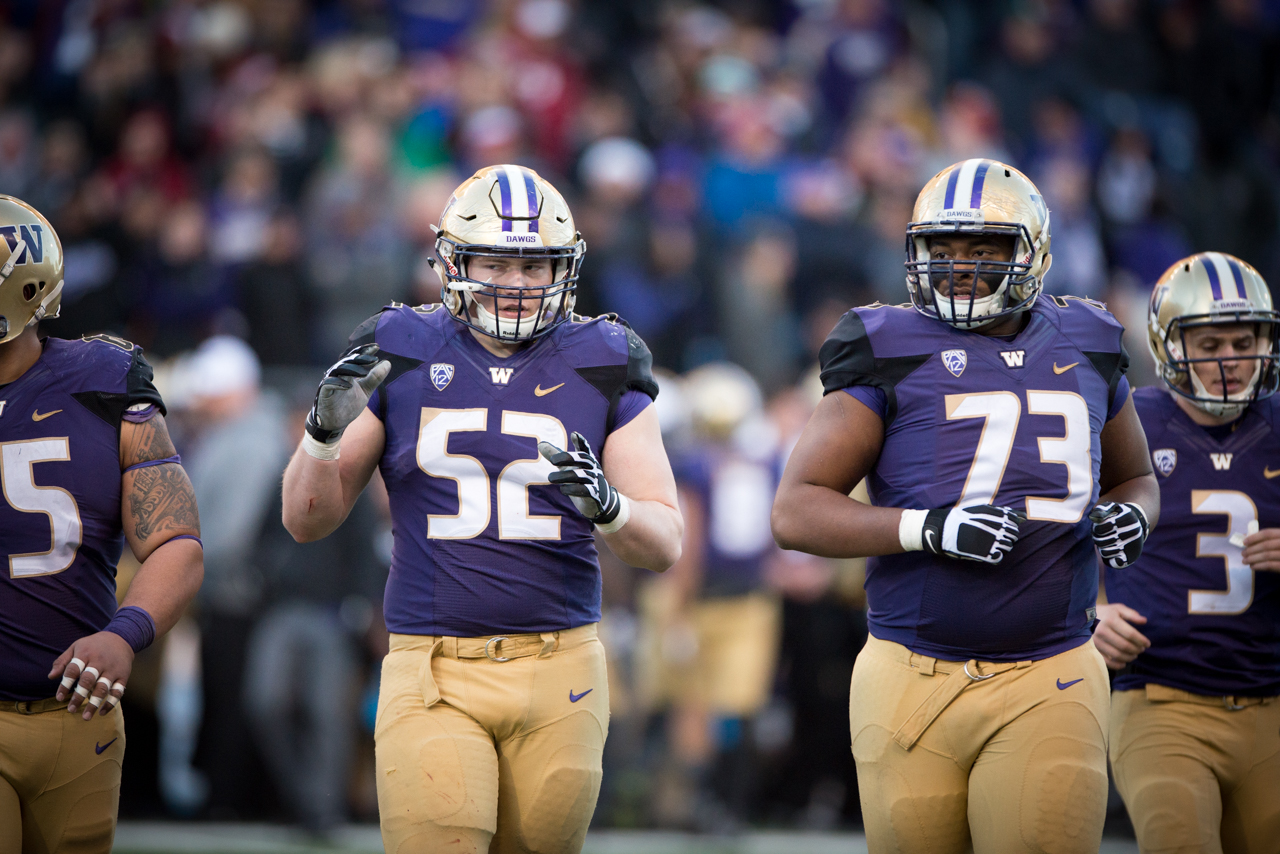 The last and final rounds of the 2017 NFL Draft, ended on Saturday with the Los Angeles Rams wheeling and dealing to their eight draft selections.

Trading away their fifth round selection, by receiving an additional third round pick, and waited until the sixth round. In that round, they selected Tulane’s defensive tackle, Tanzel Smart, and Virginia Tech’s fullback, Sam Rogers. The teams final selection of the seventh round, selected Pittsburg’s linebacker, Ejuan Price.

The first of the Rams UDFA’s, on the list, is University of Washington’s Jake Eldrenkamp, 6-foot-5-inch and 304 pound offensive lineman. Eldrenkamp, ranked 27th out of 181 guards, helped anchored an offensive line, help producing 2,200 yards by two running backs.

I viewed several of Eldrenkamp’s game film, and what impressed me the utmost of him, the fact that he’s a very active lineman. He has great mechanics, with a good sense of urgency in a high stress situation.

His play against PAC-12 rival Arizona Wildcats, I calculated at least eight pancaked blocks on the defenders, when his number was called to pull around and lead block for running backs Myles Gaskins and Lavar Coleman.

In the semi-final game of the BCS Championships, Eldrenkamp had his hands full with Alabama’s all-American defensive lineman Jonathan Allen. Allen, the 17th overall pick of the Washington Redskins, was contained for a portion of the night, as Eldrenkamp held his own. Late in the fourth quarter, Allen’s strength and power would take a toll on Eldrenkamp, requiring some late double-team blocking schemes.

In my opinion, Eldrenkamp is a good signing by the Rams, and is a project for offensive line coach Aaron Kromer. He would need to get stronger for the strong defensive linemen. However, he is a massive lineman, with great potential of breaking into the 53-man roster. Expect Kromer to work him in at center as well with his compact stationed stance.

I give a thumb up with this signing as I have admitted Rams may end up with a blessing from this kid. Very smart with a high football I.Q., which led to these accomplishments:

2016 Pac-12 Football Scholar-Athlete of the Year