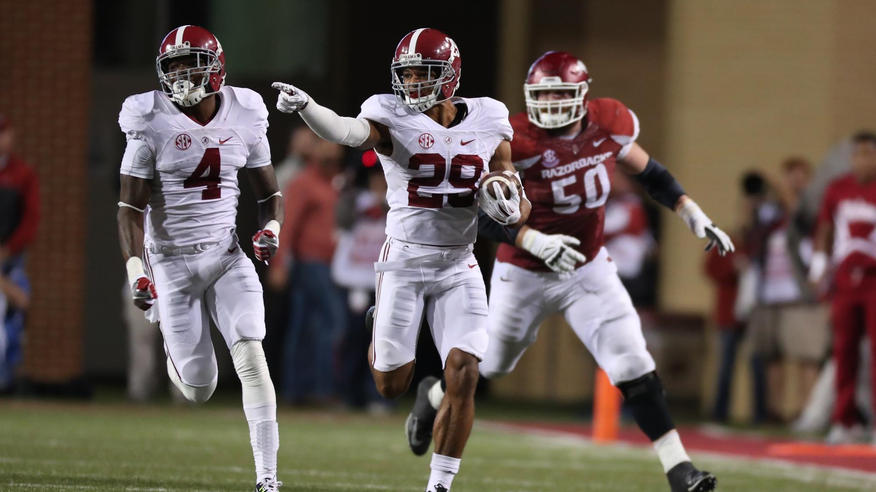 The draft has come and gone and while there are maybe 360 days remaining until the next NFL draft, it’s never too early to come out with a mock draft. So here is my obnoxious thing of beauty. 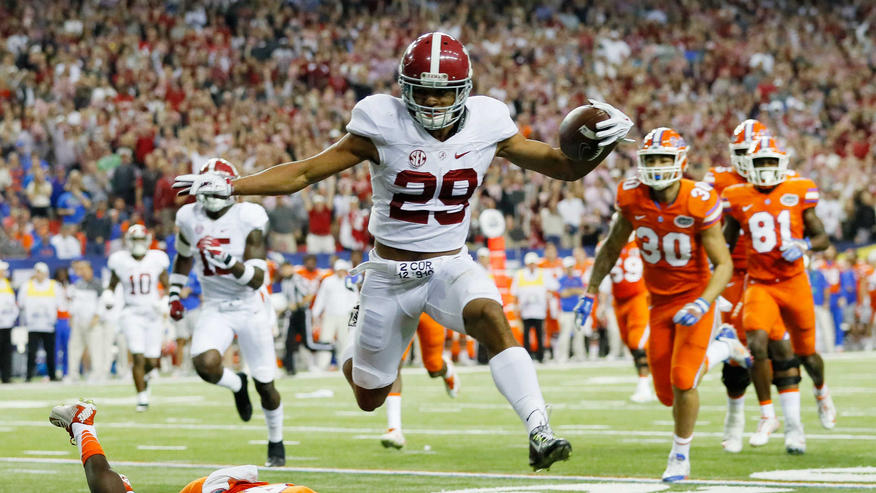 Yes, we have a first round pick again, this is going to feel weird. It’s also real early and right now many would probably go offensive tackle to replace veteran LT Andrew Whitworth, but I am going to mock Minkah Fitzpatrick here because CB Trumaine Johnson is not guaranteed to re-sign. I know he wants to, but sometimes the team and player are unable to come to a deal and it’s not that a expect that to happen, but I would still be aware that is a possibility.

With no one signed to a long-term deal at the cornerback position, I believe (at least as of April 2017) that grabbing a potential superstar cornerback is the right move. Fitzpatrick look like just that last season when he picked off six passes towards the end of Alabama’s season.

Fitzpatrick is a bigger and physical cornerback that can play both inside the numbers and outside the numbers. He is a faster cornerback as well posting a 4.4 at Alabama, which is very evident on tape. When you watch Fitzpatrick you get excited about the explosiveness to his game, he’s got some growing up to do as of now. He has some areas of concern, but I believe he will fix things and he will only get better this up-coming season for the Crimson Tide. 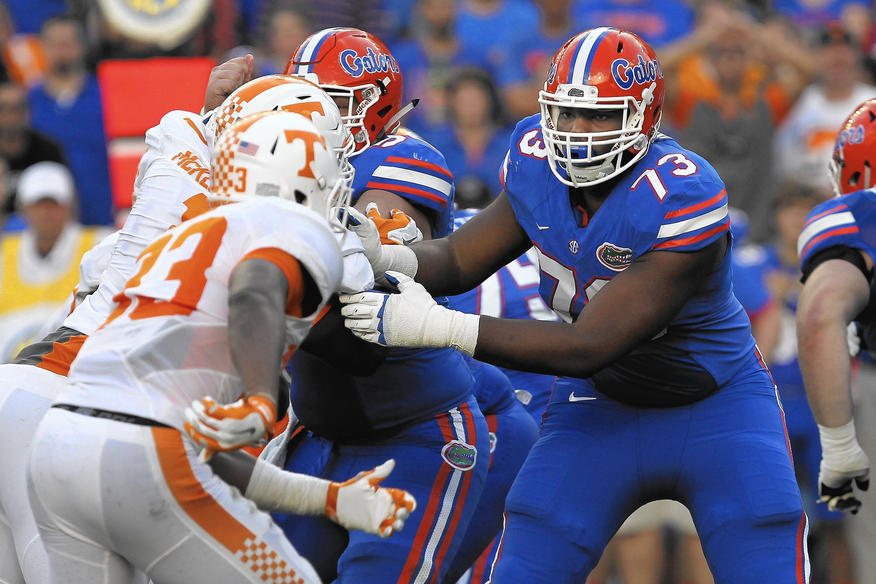 Now we can address the offensive tackle position. I am not going to predict the future with this mock, but I believe Whitworth is in for another great year as usual. He’s been the model of consistency for years and I expect no different. After the season the Rams should absolutely be prepared for life after Whitworth and that is why we have Martez Ivey coming to the Rams here.

Ivey is the pick here because he is not quite a first round selection right now (that could easily change at the end of the season) but he is still a really good prospect. What you like from Ivey on tape is his quickness. Right off the bat he has a lot of it and he moves so well where you know he will be a threat in the second level. He’s a full on finisher that will take his opponent out of the play if need be. He’s a little bit raw and that was shown immediately which is why the Gators put in him in at guard. However, he can and will be playing left tackle especially now that David Sharpe is in the NFL.

Now that Ivey is at his natural position it is only a matter of time before people start knowing his name. 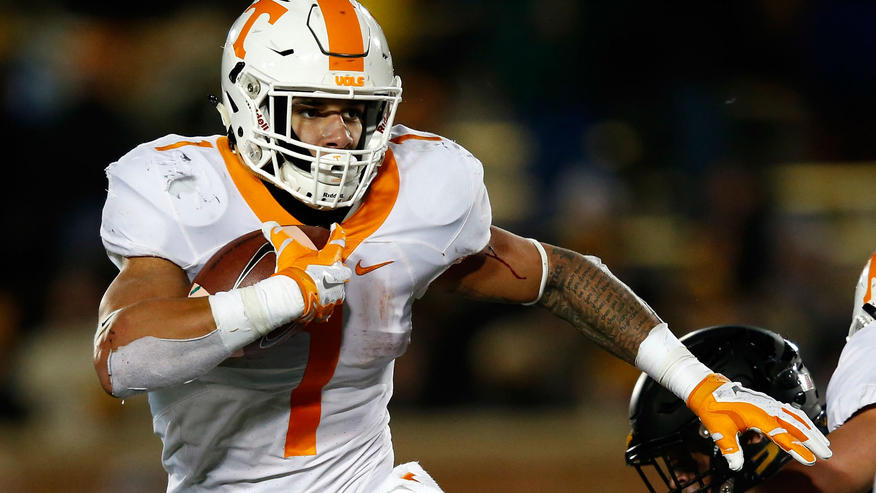 What if Todd Gurley struggles in his third season? Not saying it will happen, but again let’s be real that Gurley has hit a considerable wall and will need a big season to tell us and show us otherwise. Regardless of Gurley’s success or not, the Rams in my opinion don’t have a great option behind Gurley. They have some nice options, but nothing that makes teams cringe. Malcolm Brown is a good back, but not a great one that can come in and seemingly do just as much damage at the RB position. Lance Dunbar is on a one-year deal and the jury is still out on Aaron Green. So I’ve decided to add a fun back here.

Jalen Hurd is a freak of a running back who knows how to run like an NFL running back. Scouts and I love the way he is able to run with low pad level, excellent balance, ability to run through tackles with ease. Hurd is similar to James Conner who was drafted by the Steelers this past weekend, in that he refuses to go down. However, Hurd is a different back, Conner isn’t nearly as big or tall and Hurd runs like a much more technically sound running back. He is apparently transferring from Tennessee to go to Baylor, regardless I think he is going to enter the NFL draft even if he has to sit out a year.

Hurd is a great pass protector which makes him even more valuable as a back. To be completely honest he is an outstanding back. Even if all works out with Gurley, imagine Gurley and Hurd as a duo…that might be a little unfair. 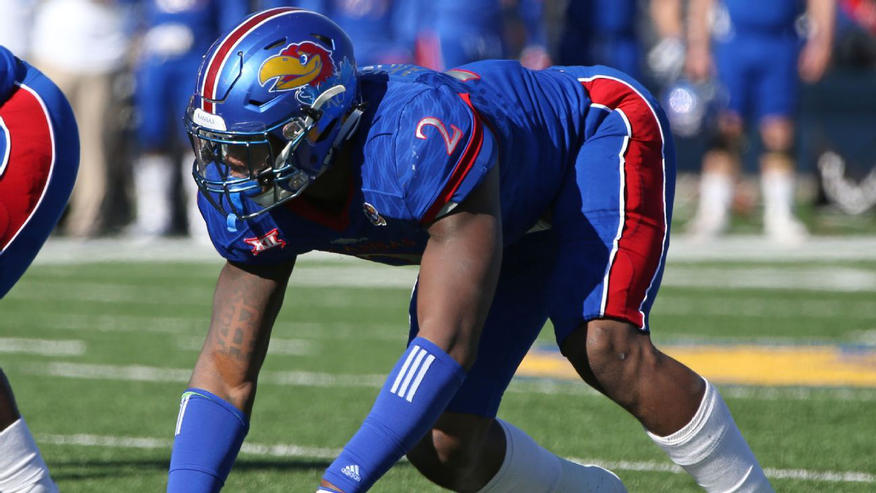 Armstrong Jr., is one of the up-and-coming pass rushers in college football. In fact, he’s being touted as the possible next Myles Garrett who both were recruited by David Beaty who just so happens to be the Head coach at Kansas. He has shown steady improvement and has really flashed a high ceiling thus far. As Kansas football continues to improve so does he. Of course the Jayhawk edge rusher ranked 15th overall in the entire country for pass rushing productivity according to Pro Football Focus. Now this is his year to really take the college level by storm.

The Rams drafted two linebackers and have a ton of linebackers, but even so, we have no idea the fate of Robert Quinn. If he has another year where he battles injuries it’s likely the Rams will look for a future starter at the position. Armstrong Jr. has the tools to be a starting edge rusher in the NFL and will only fall to the third round because of him being at Kansas and how they seem to go unnoticed even more now. 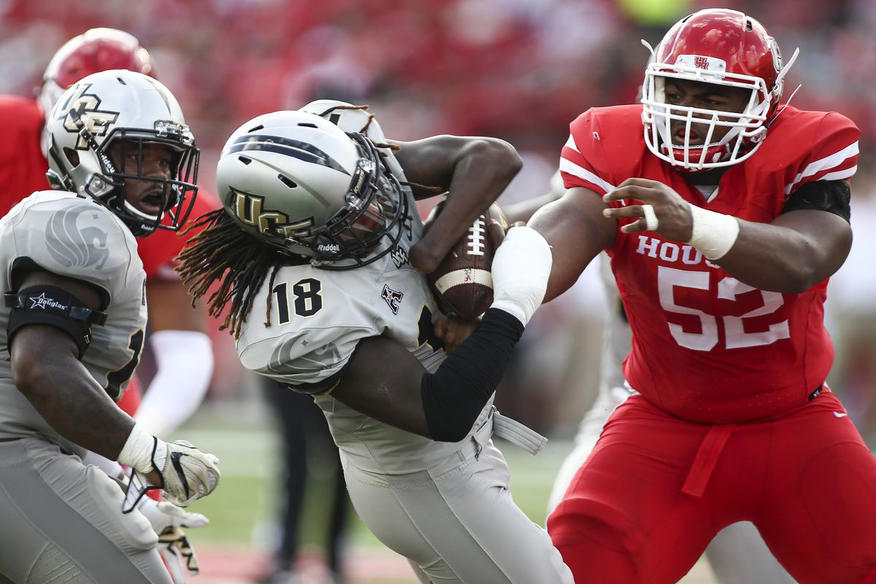 With Alec Ogletree un-signed and Mark Barron’s future in question, it remains to be seen what the Rams will have to do. So I gave them the one-handed wonder Shaquem Griffin. He is an absolute inspiration to everyone out there as he had his hand amputated when he was four years old, but you would never know it.

His brother Shaquill will be in Seattle as they drafted him in the third round, but his brother is going to be at UCF for one more year and he’s already had some outstanding production there. Griffin won the AAC defensive player of the year award racking up 11 sacks, 20 tackles for a loss on 92 tackles, seven pass breakups, two forced fumbles, two fumble recoveries and an interception.

He may have one hand, but he can definitely contribute and would be a great option for the Rams in the fifth round. 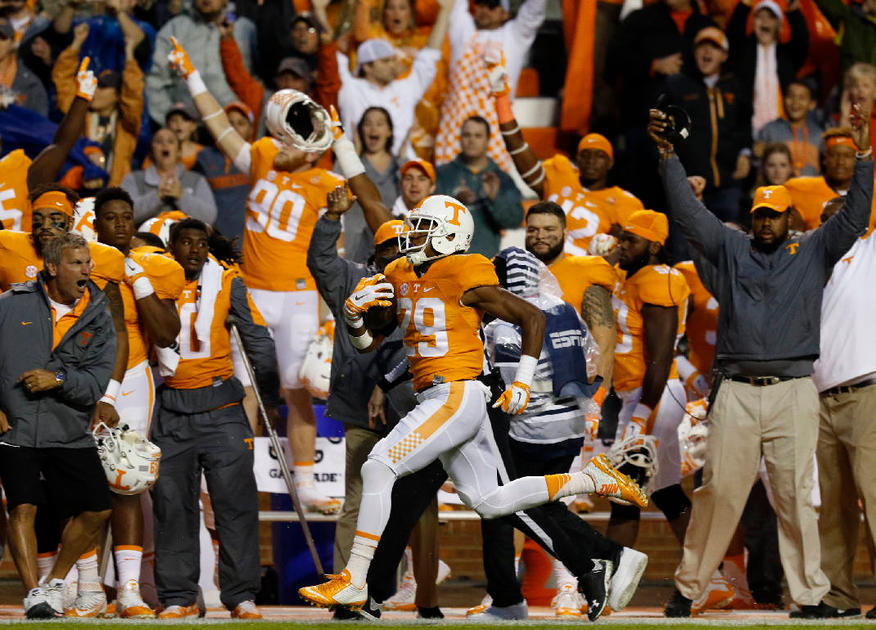 I’m unsure how the off-season and regular season will go with the safeties on the roster, but I think regardless drafting Eric Berry’s brother would help the Rams. Since Benny Cunningham left in free agency and there is the possibility of letting Tavon Austin go after the season if he doesn’t perform up to par…the Rams could be in use of a return man.

Berry flashes an obvious bloodline, potential and the ability to take back any kick for a touchdown. The Rams really won’t understand the need for a kick returner until after the year. Benny Cunningham averaged 27.1 yards per return for his four years with the Rams. Berry makes sense as we look to the future. 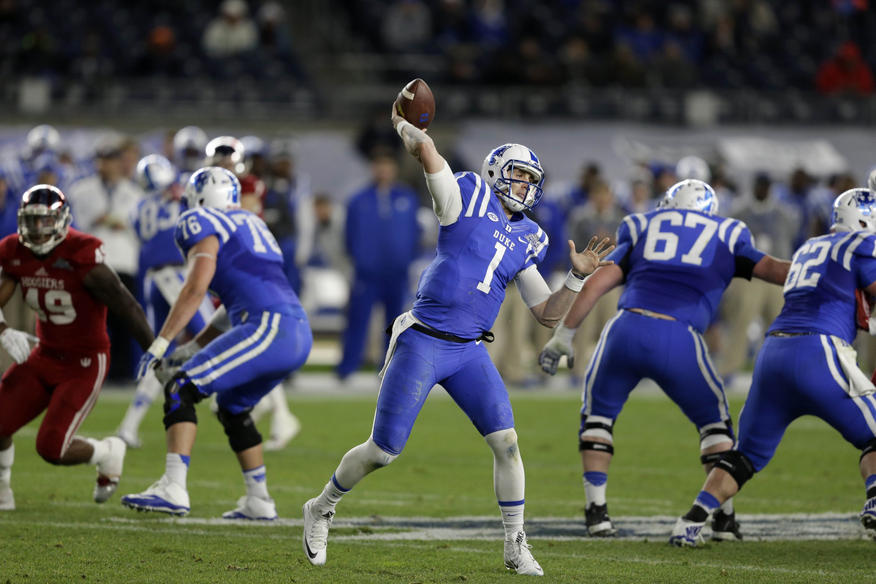 Lastly, I have the Rams taking a QB and this has nothing to do with what I think about Jared Goff because trust me, if it did, I would be selecting a first round QB not a seventh round. Sean Mannion is a free agent in 2019, so may not seem like a big deal, but besides the fact Mannion isn’t amazing by any means. On top of that the Rams have Aaron Murray as a restricted free agent next year. I do not believe Goff’s long-term backup option is on this roster judging by the amount of time these guys are signed. Sirk may not be the option either, but he does give the Rams a developmental option that is considered a dual threat QB. Sirk is transferring from Duke to East Carolina as a graduate transfer, receiving on more year of college football eligibility.

What are your thoughts on our extremely early mock draft? Any of these names interest you? Let us know!