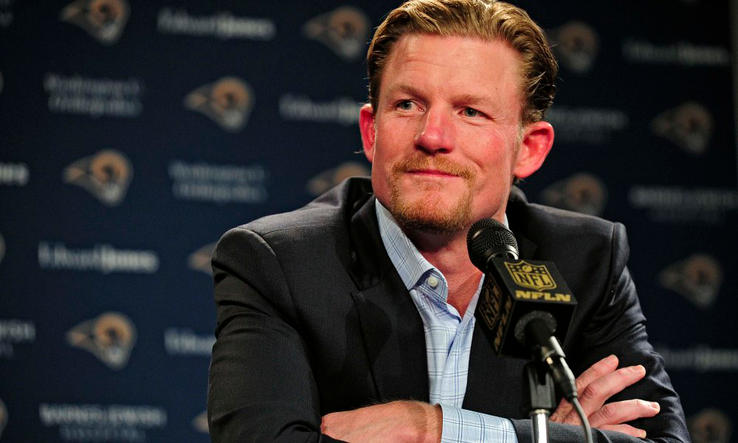 Over the past five years, it’s no secret that the Los Angeles Rams haven’t drafted well. Despite having a plethora of draft picks, in large part due to the RGIII trade back in 2012, the have few cornerstone players to show from it.

It was also no secret that head coach Jeff Fisher was the main guy calling the shots in the draft room. Snead was obviously a big part of the scouting process, but when it came to the final say, nothing got past Jeff Fisher.

That was further confirmed when the Rams kept Snead and fired Fisher. Failing to develop players eventually lead to Fisher’s demise. 2017 was supposed to be the year that Les Snead proved that he could scout talent and put together a solid team. After the conclusion of the draft, it looks at first as though Snead failed his big test.

At the end of the draft the Rams haul looks like this:

The Rams originally had the 37th overall pick and with that said, after waiting an entire round, they still had first round talent in front of them. Snead had his choice of Zay Jones, Forrest Lamp, and several others.

Instead, Snead passed on that talent trading back losing out on all of those guys, thus forcing his hand to reach on a carbon copy of Temmarick Hemingway in Gerald Everett. ESPN’s Mel Kiper had Everett as his 111th ranked prospect and the Rams took him at 44.

In the third round Cooper Kupp wasn’t a bad pick. They’ll have to find a fit for him. Outside of Robert Woods, the Rams don’t have a receiver that can play on the outside. This is where taking a guy like Jones earlier or even Godwin with the same pick would have been nice. The Rams have slot receivers on the roster in Tavon Austin and Pharoh Cooper. Obviously Kupp will surpass them leaving Tavon in his gadget role and Cooper a spot on special teams. In a new regime, it doesn’t quite seem like there is a plan.

However, the second selection, John Johnson, in the third round is another carbon copy of a player they already have on the roster in Lamarcus Joyner. Not to mention he is number 143 on Mel Kiper’s board.

Johnson can’t tackle and didn’t test well at the combine, you can’t tell if he’s a safety or a cornerback, and with the potential of losing Trumaine Johnson next offseason, in a draft like this, planning for that departure would have seemed expected. Instead the Rams will be hoping for an extension that probably won’t happen and be forced to replace Johnson with a rookie next year.

Throughout two days of the draft, Snead reached on experts’ boards. Who knows where they were at on his board. If they were the top player on the boards, then Snead probably had them ranked too high.

With their first three picks the Rams addressed wide receiver, tight end, and safety with guys that not a lot of people saw coming. The goal on day three should have been to keep Jared Goff upright and build some depth on an offensive line that ranked near last in the league last season.

While the Rams did get some upside with Josh Reynolds, who lead the SEC in receiving last year, Tanzel Smart, and Ejuan Price, drafting a fullback, a position that has died in the NFL, is questionable.

Snead may not have said it in the media, but this draft was the biggest one of his career. He essentially threw Jeff Fisher under the bus as the reason for the Rams’ draft struggles convincing Kroenke and Demhoff to keep him.

It will take a year or two to actually see where these players end up. In 2012, the Seahawks received a D grade for their draft that netted Russell Wilson, Bruce Irvin, and others and was a big reason for their Super Bowl success.

However, as of now, it looks as if Snead has failed his test and his time in LA could be very limited.