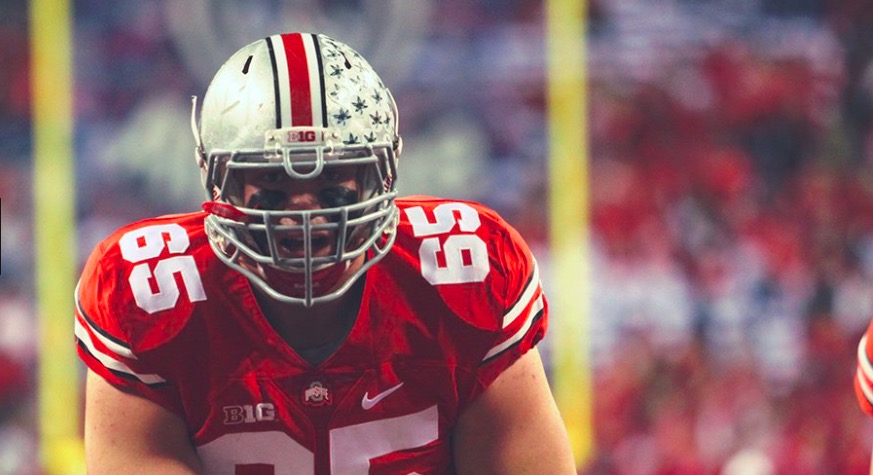 The NFL Draft is upon us and we cannot get to it without one more mock draft! So let’s get to it!

Jeff Fisher traded a bulk load of picks (Two first-rounders (2016-2017), two seconds (2016) and 2 thirds (2016 and 2017) in order to grab Jared Goff with the 1st overall pick in the 2016 NFL draft, but his rookie season didn’t go as planned. Playbook was difficult to pick up, pass protection was a major concern, the running game was almost non existent, players dropped many game changing passes.

The Rams are not in “win-now” mode – sadly – and I think that McVay and Snead should approach this event with that in mind; pick players you can see future around them, don’t cover glaring needs with average players, grab the talent if you can, build for the future.

So with no further preview (and no 1st round ick) lets jump to my 2017 NFL Rams mock draft!

Evan Engram TE 6’3” 234 lbs. (Ole Miss).- A hell of an athlete, Engram enters this draft as my top pass catching tight end, with speed like a WR and great build, Engram could be a red zone mismatch, a reliable target in short-mid routes, and a weapon for Jared Goff, most likely like Jordan Reed is for Cousins, but healthier. He would automatically be Goff’s No.1 target.

Pat Elflein C 6’3” 303 lbs. (Ohio State).- No offensive lineman plays his position as Pat does, he is big, strong, he is smart, and most importantly, he is a winner. Elflein has experience in all 3 interior postions, and excelled in every one of them. With the team desperate for consistency, he would be a nice addition for Kromer’s OL, and a building block for the future. He can elevate all of the OL right away.

Gerald Everett TE 6’3” 239 lbs. (South Alabama).- Another TE you may ask? And yes is the answer, Everett is the most complete TE in this class. He can catch, he can block and he could be a mismatch mostly in McVay’s system because of the use of 2 and 3 TE sets. I ranked him just below Engram in catching ability, but he is way more useful than the aforementioned, as he can do the nasty parts of the job too. Goff is smiling by now.

Ahkello Witherspoon CB 6’3” 198 lbs. (Colorado).- While he might not be a top prospect for this deep class, Witherspoon can be a contributor right away. He posses a rare combination of size (6’3”) and speed (4.45 40) that help him get tied at 1st in pass breakups in 2016. Witherspoon could be the next great thing, specially under Wade Phillips.

Isaiah Ford WR 6’1” 194 lbs. (VTech).- The most underrated, untalked prospect in this years NFL Draft. I initially gave him a late first, early second grade, and I still have him pinned up there. He might not be as fast as you would want him on the 40, but he recovers his speed with his immediate off-scrimmage moves, his in-game speed is untouched. Great hands and great size to be the possession receiver the Rams will need moving forward.

Ejuan Price EDGE 5’11” 241 lbs. (Pitt).- His size will turn many eyes away from him, but if you watch his tape, the kid can make plays! He is a force, disruptive as it gets, plays with a nose for the ball, great for creating fumbles, just as Donald did in his time in Pitt and translated it to the NFL. Although I don’t see him lining up on the outside as he did in Pittsburgh (because of his size) he would be great depth behind former Pitt alumni and wrecking havoc Aaron Donald and Dominique Easley.

Ben Boulware LB 6’0” 238 lbs. (Clemson).- The 2016 Jack Lambert award winner (nation’s top LB) Boulware plays with heart, a natural born leader that is great in crating big plays. His game might have some flaws but ST’s might be a nice spot start for his fight to earn a spot on the defense. He could challenge the Rams rotational LB’s with ease.

Josh Harvey-Clemons S 6’4” 217 lbs. (Louisville).- One of my favorite prospects. Has the size, athleticism and range to cover the position as good as it gets. The concerns come from off the field, as he failed two marijuana drug tests that led him to get dismissed from Georgia. The talent is there, he is a great competitor, elite size and tackling ability that can be translated to the field, if he doesn’t get caught with his red flags once more.