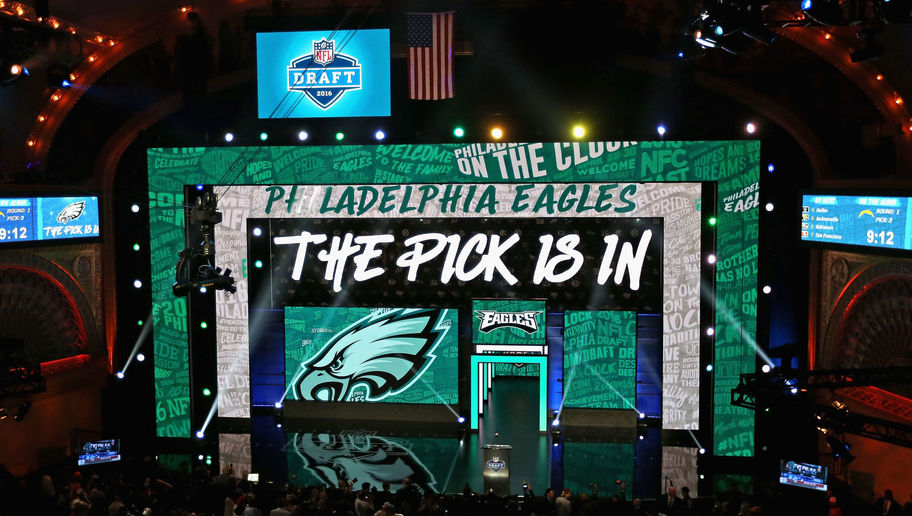 The NFL Draft finally takes place this evening, but for the Los Angeles Rams, unless anything drastic changes, their draft doesn’t officially begin until Friday night when pick 37 finally comes around.

While the Rams don’t select until the 37th overall pick, that doesn’t mean they can’t jump back into the first round. If the right prospect falls, say like a Corey Davis, the Rams would almost have to at the very least try to trade into the first round to take him. With an extra fourth and sixth round pick, the team certainly has the ammo to do it.

In 2013, the Minnesota Vikings traded into the first round not once, but twice to take cornerback Xavier Rhodes and wide receiver Cordarelle Patterson with the 25th and 29th overall selections.

With eight picks, the Rams most likely wouldn’t give up that much. However, they probably wouldn’t have to. The Vikings moved up from 52 to 29 which is 23 picks. The Rams would only be moving up 10-15 picks at the most to get up into the 25 range.

In order to get Davis, the Rams would have to hope that he drops outside the top 20. Below are four teams to keep an eye on come tonight which could determine the Rams’ chances of getting Davis.

The Philadelphia Eagles need a wide receiver to pair next to Alshon Jeffrey. The good news is, they did just sign Jeffrey so they may wait until the middle rounds to take another receiver. Hope for them to pass on Davis and pick up a running back like Dalvin Cook or Christian McCaffrey or even go cornerback.

Davis has been mocked to the Ravens several times in the past few days. Breshad Perriman hasn’t worked out for them, and they could look to give Joe Flacco a weapon. This very well could end up being the landing spot for Davis. Hope for them to trade back or take on offensive lineman like Cam Robinson or maybe go linebacker.

Davis has also been mocked to the Titans and if he falls to them, it would be hard for them not to give Mariota that caliber of an offensive weapon. However, Rams fans need to hope that the John Ross hype is real and that the Titans take a risk and give Mariota a guy that can take the top off a defense like Ross instead of Davis. The Titans could also look to go defense here and address their secondary.

If Davis falls past the Ravens and Titans, it’s very hard to see him moving past the Lions at 21. The Rams could try and trade with the Broncos at 20, but that may break the bank. The Rams have to hope the Lions go with the other Davis, Jarrad Davis on defense or  take another linebacker like Charles Harris. If somehow that happens, then at this point, Les Snead must get serious about trading up.

After the Lions, the Dolphins, Giants and Raiders are up. At that point you’re now at the 25th pick. A trade with Houston makes sense here if they’re looking to get a quarterback like Patrick Maholmes who could slide into the second round or DeShone Kizer.

If they don’t trade back, a team like Kansas City who may look to stock up on picks, could trade back from 27, however, they may take Davis if he’s there to help out that offense. If that’s the case, a trade with Seattle is unlikely, but for a team that hasn’t drafted in the first round just once since 2013, it is possible.

There you have it. If the Rams want Corey Davis, those are the teams to watch. The Rams may not have a first round pick, but there will be plenty to keep an eye on.