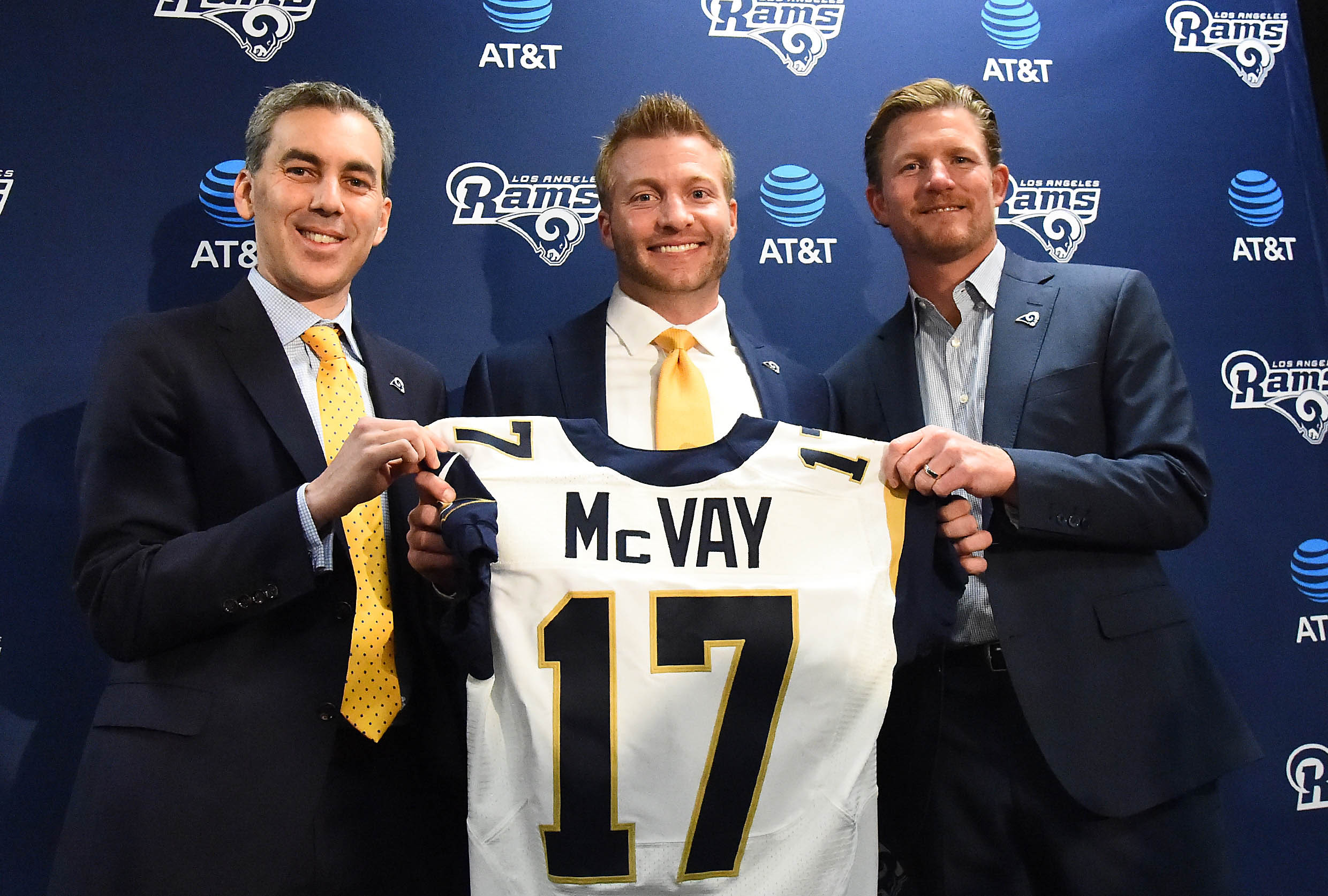 Rumors have started, with the Los Angeles Rams in contact with several teams, with the efforts of trading up to the first round, to select a impact player.  The team is in desired need of selecting a big play wide receiver, who can can come in and provide to the teams offense immediately for quarterback Jared Goff.

Juju Smith-Schusters who has been the fan choice of reciever, whom they hope to see wearing the Rams horns, but he will not be the impact receiver thats needed. The top five receivers available in the draft is, Washington’s John Ross, Clemson’s Mike Williams, Western Michigan’s Corey Davis, East Carolina’s Zay Jones, and  Penn State’s Chris Godwin. When factoring in impact recievers, you can’t exclude play making tight-ends such as Alabama’s O.J. Howard and Ole Mis Evan Engram.

A fan poll was recently posted on whether or not the fans would approve the front office to trade current 2017 draft picks to move up into the first round. The sugggestion of trades the Rams would give to trade up to number one is of the following:

A: Rams gives a 3rd round and fourth round pick for a first round pick.

B: Rams gives a 3rd round and sixth round pick for a first round pick.

C: Rams gives a 4th round and sixth round pick for a first round pick.

All of these sounds impossible to pull off, but, teams with cap issues may can resolve those issues by gaining lower round draft picks and trading away a first round. The Cleavland Browns has multiple picks in this 2017 NFL Draft, and for a example can be a team that may be interested while having two first round picks.

Early results have the fans favorable with Option B, with over 75 percent of the votes that had been selected. This draft seems to be very deep this year with talented wide-receivers, and I feel a couple of the receivers and one of the tight end will fall to the #37 overall pick. I’m in favor of mainting all of our draft picks, based on the deep talent available in this draft.

But, we all know that the Rams front office is no stranger in pulling off last minute trades, as one had somewhat blowed up in the organization face last season under Jeff Fisher. The hire of new head coach Sean McVay, the positive energy is circulating around the organization with the players and certain to make this team competive, even with the current selections available now.

Just have to wait and see if anything occur this evening, but, expect they will wait until Friday to make that pick that all the Rams has been anxiously waiting to have. Again, don’t sleep on a splash to happen either!