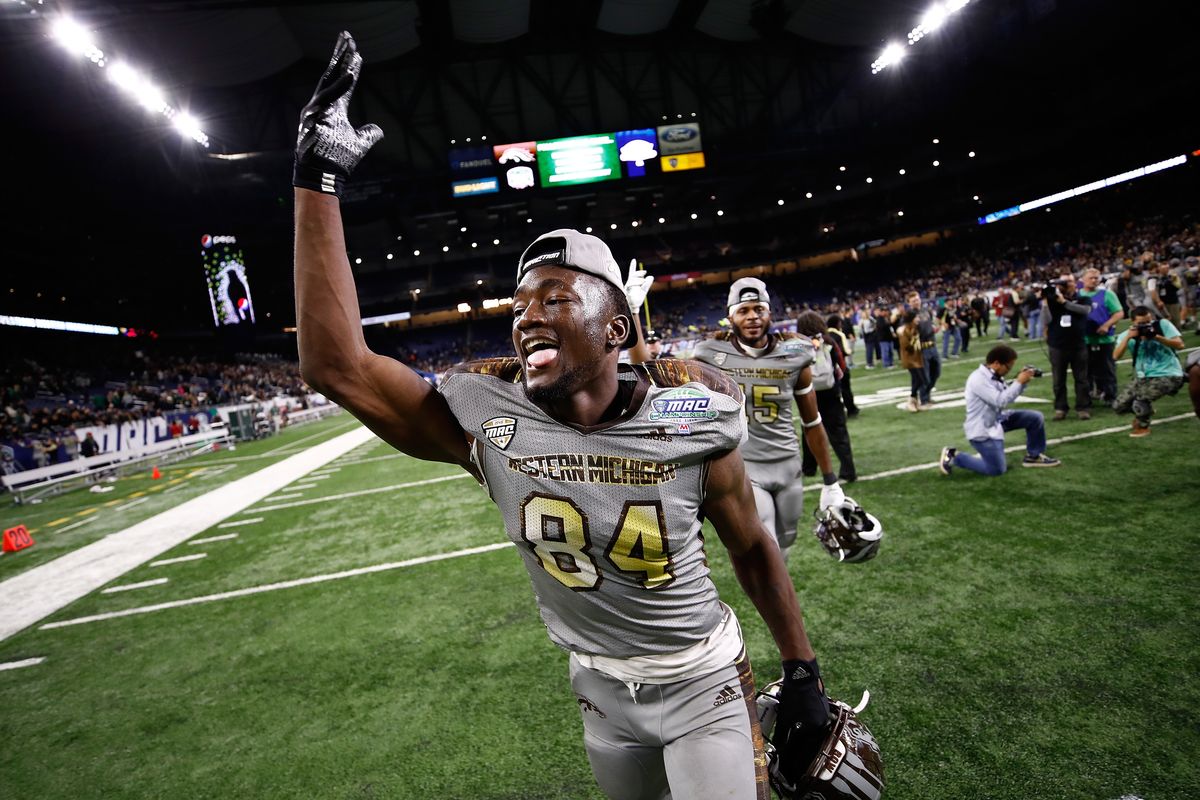 The draft rumors and insider buzz is starting to heat up as the draft nears. It seems though recently the news has been about one of the top players in this draft class and his apparent free falling draft stock. Rams fans over the past month have been sharing names such as TE Evan Engram, WR Chris Godwin, WR Zay Jones, WR JuJu Smith-Schuster and even others like T.J. Watt that may not exactly fall to the Rams pick. No one however, could have foreseen that less than two weeks away we would be talking about WR Corey Davis possibly being in play for the Rams at no.37 overall.

As we just celebrated the anniversary of the Los Angeles Rams trade up for Jared Goff, we were reminded if not already that the Rams will not have a first round pick this year. With Davis possibly falling into the second round and into the Rams lap, the Rams would be seemingly getting an elite first round prospect in Davis. Terry Lambert of SBNation’s Music City Miracles shared an interesting quote via twitter.

Now, it may seem too good to be true, but if you think about it, you can understand why teams would pass up Davis’ elite ability. First of all Davis took no part in any of the pre-draft process at all. It was all due to injury, but that’s even more of a red flag. While many are believing Davis will be able to compete in rookie mini-camps, some teams are penalizing Davis because of his minor ankle surgery. From the outlook of many the common theme during the draft is “out of sight, out of mind”. That’s not always the most responsible or intelligent way of dealing with these types of prospects as history has shown time and time again.

Davis may not fall just for the sake of him but rather the fact that this draft appears to be as deep as ever. Perhaps finding a tie-breaker to decide between these heavily valued prospects is by deciding who is more likely to be on the field for you and often times due to injury minor or major, teams will pass up premier talent. With that being said the draft is a tale of “it just takes one” and by that I mean it just takes one team to not follow the narrative and create their own. Recent examples include two of my top five overall players on my board last year Myles Jack who went to the Jaguars in the second round and Jaylon Smith who went to the Cowboys in the second round as well. Expecting out of 36 picks, not one of them will be used on Corey Davis is a farce and you are setting yourself up for disappointment. However, this new storyline could make things very fun and exciting as well as heart wrenching for Rams fans alike.
As many already know, Davis has been my No.1 overall WR prospect for a while now and that didn’t waver no matter what went down this pre-draft season. I personally love the combine and pre-draft process, but it seems asinine to completely throw away entire season based off of the fact a player wanted to fully repair any damage to his body before he went to the NFL. Some players actually are projected to go ahead of him that completely bypassed playing in their team’s postseason bowl game. Davis? Not quite. He played in his team’s last game and immediately opted for ankle surgery.

While I absolutely love Chris Godwin of Penn State and Evan Engram from Ole Miss to be the picks for the Rams in the second round, if Davis is there it’s a no-brainer. Even if he falls to number 33, the Rams will be forced to mull a trade up to select him. Davis is a player I would compare to the likes of A.J. Green, he’s an elite prospect and would make up big time for the Rams lack of a first round pick if he in fact ended up falling into the Rams lap. Davis has stellar size for a number one receiver at 6-foot-3 and 216 pounds, some big time route running ability and ability to completely separate himself from any defensive back, he has the speed and quickness to beat anyone over the middle or over the top and has the big enough body to box out defenders and high point the football.

Corey Davis would be an absolute dream for the Los Angeles Rams and especially a young Head Coach that is as offensive minded as Sean McVay. Davis would relieve the pressure off of the back of Jared Goff, Robert Woods, Tavon Austin and likely even Todd Gurley. If a player like Davis falls, this isn’t just a player or a prospect. This is in fact a game-changer for a franchise that desperately needs a big-play WR after their first 1,000 yard receiver since 2008 – Kenny Britt left in free agency. Davis, Robert Woods and Tavon Austin would be the first step towards turning the Rams receiving corps into a legit threat for defenses. Doing this would then open up the offense for not only Goff, but especially last year’s disappointment Todd Gurley. Sometimes you have a situation where players fall and you can’t even fathom as to why. Could Corey Davis actually fall? That’s not for you or I to answer, because we will not know until the draft, but if he does, mark my words it will be a big mistake for the teams that passed him up. We have had players like Aaron Rodgers, Dan Marino, Tyrann Mathieu, Alshon Jeffery and many others that have fallen past their projected draft position and have made a name for themselves. Expect Davis to be no different.

Rams fans, if you want a miracle this April, Corey Davis to Los Angeles seems like just that. Let us know your thoughts below. Would you take a “chance” on an elite prospect like Davis or take a safer non-injury risk in a Chris Godwin or Evan Engram. Sound off!