The Forgotten Man: Why WR Marquez North is a Ram to keep an eye on this summer 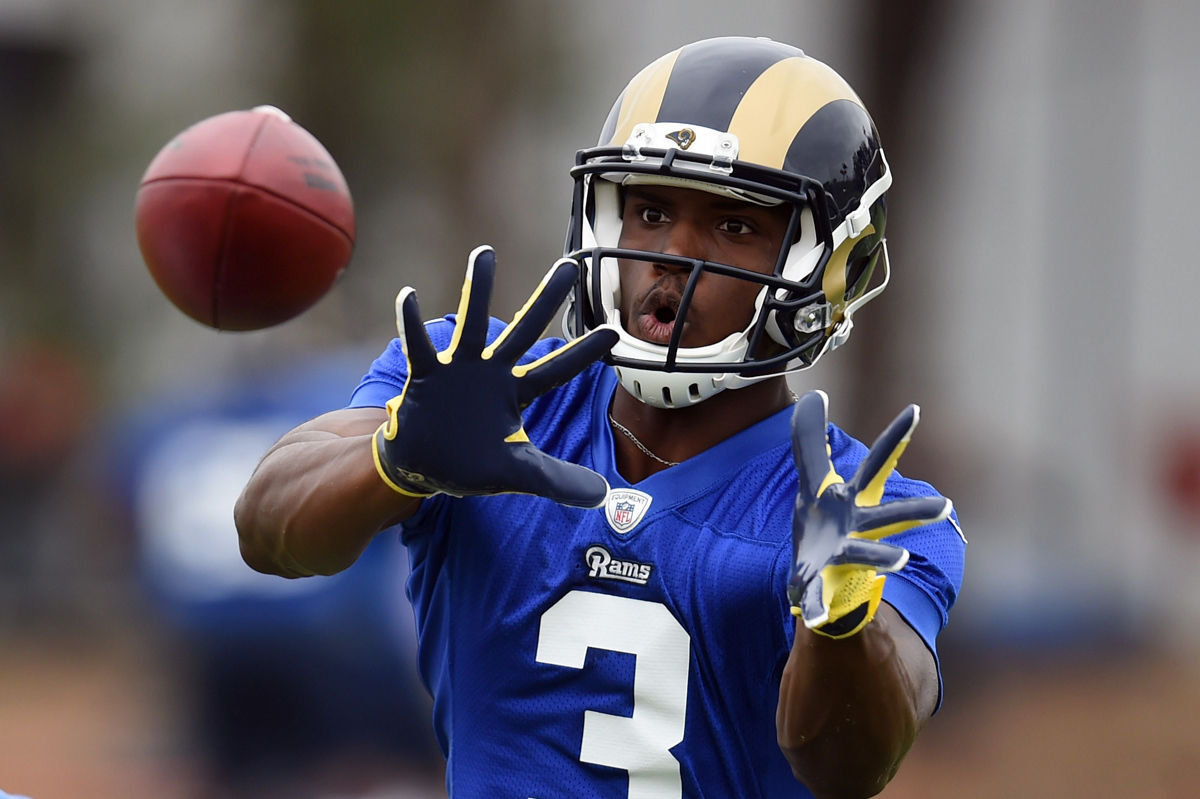 The Rams are back at work with a new regime, players, slogan, personnel and culture. With all of that being said, it’s all deja vu for second year wide receiver Marquez North.

The soon-to-be 22-year old WR went undrafted last year and signed a contract with the Rams. He seemed to go undrafted after leaving Tennessee too early and not putting much to boast about on film. North has the size and athleticism. He is at an advantage this season coming into camp as the biggest receiver by far at 6-foot-4 and 216 pounds. There were plenty of rumblings out of camp last year that North looked like a possibility to make the 53-man roster but he battled injuries and was eventually put on injured reserve. A blessing at the time? Not quite, but North didn’t foresee an injured reserve stash for the 2016 season and he especially didn’t foresee a coaching staff overhaul.

With the new coaching staff in place and the intriguing ability North flashes at a position of need, it could be a recipe for success. North is a giant target who ran a 4.48 forty yard dash and was originally a top high school prospect that just never got it going at the college level. There is a good chance with the new regime, North gets coached up enough to become a serious contender to make the roster. Of course, with the positive side…there can always be a negative side. North could be let go early on into the off-season program due to the fact the draft is coming up and the Rams could take a few talents early on that would make North an afterthought if he isn’t already one.

The best case scenario in my opinion for North is the fact he ends up being Brian Quick with actual coaching. I believe North has a chance to make the roster but he really needs to show up and prove it. With almost all new coaches one could argue free agent signing Robert Woods and recently extended Tavon Austin are the only locks to make the Rams 53-man roster. North will have to play to his strengths and show his value off with this new clean slate mentality. The Rams may opt to draft more edge rushing help or even go safety or offensive line heavy if they believe they have enough help at the position. Outside of Tyler Higbee, you could argue the Rams only have two other red zone threats in Nelson Spruce and Paul McRoberts. North is about three inches taller and would provide a big bodied frame that could be used on the fade routes in the corner for Jared Goff.

North’s biggest strengths are the way he is able to box out defensive backs and his adjustment to balls thrown around his catch radius. He is actually slightly underrated despite the lack of production he had in college. This is a player that has enough tools to want to try developing. Last year he went against serious competition, but this year the competition has gone down significantly. The Rams are missing more than 50 percent of their receiving production after both Kenny Britt and Brian Quick departed Los Angeles. That leaves an opening for North and everyone else for that matter.

When it’s all said and done it’s likely North will be on the list of cuts at the end of training camp, but he has enough to him where you could realistically see him finding a spot on the team. As long as he stays fully healthy and continues to work as hard as he did last season there is a good chance he will at least be thrown onto the practice squad. Regardless what happens there is no denying that North’s size factor is enticing and makes him a big player to watch out for this summer.